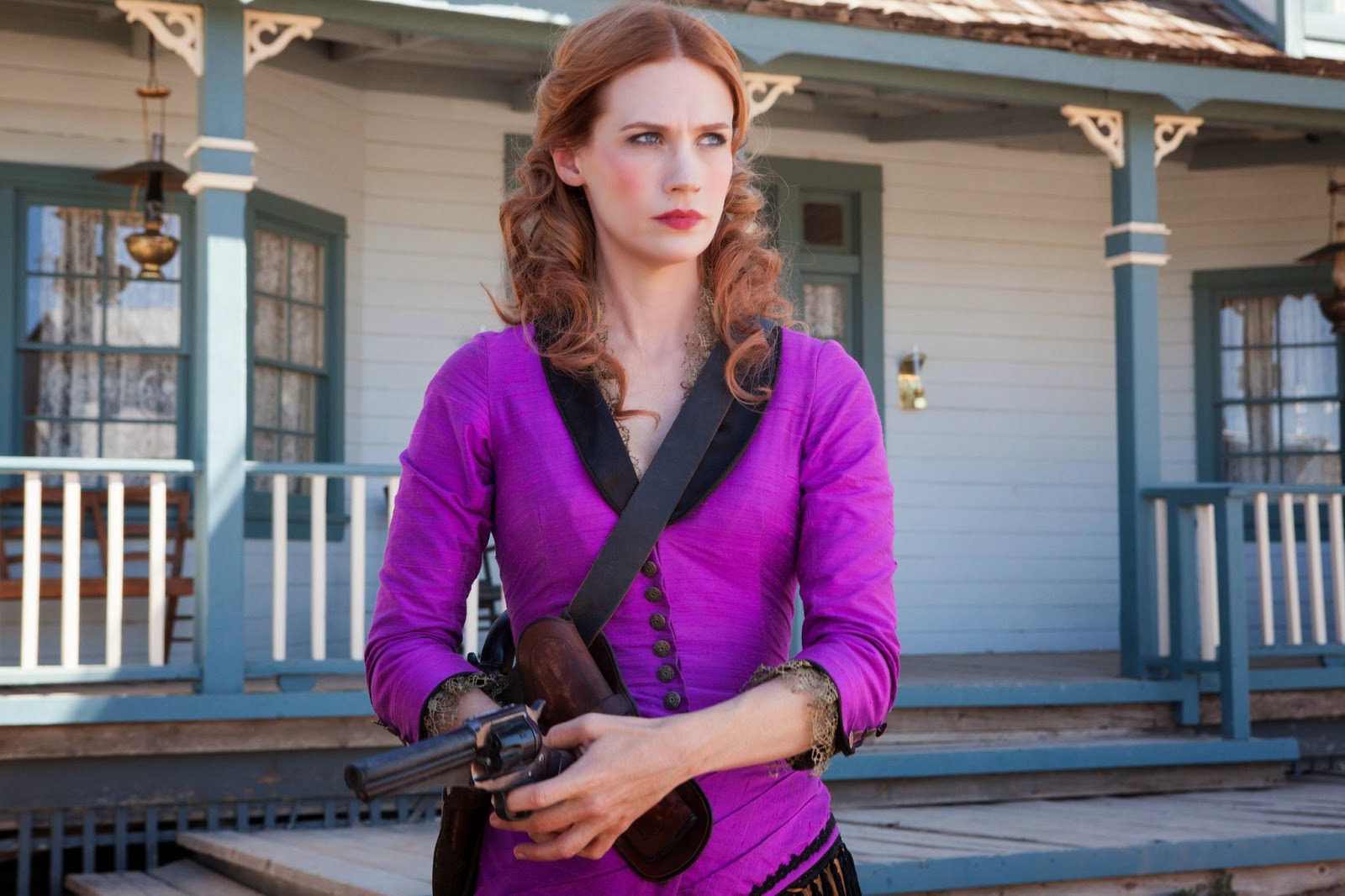 
Americans will always love Westerns.  It doesn't matter how often we see them, how many times we get the same recycled plot, or how many of us might say that it's not our favorite genre.  None of that matters; we still watch them.  Maybe it's the tradition, the lawlessness, the history, the bloodshed, who knows.  But Westerns are part of our pastime, as much as baseball or Fourth of July parades.  It's always nice to see a director take a stab at this time period, borrowing from the classics, hopefully injecting some new life into the old storylines.  For Logan Miller, this was only his second film, the first also starring Ed Harris (Touching Home) but only seen by about five people.  A few more saw Sweetwater, but that might not be a great thing, since it features one of the worst acting performances from a female lead that I have ever had the misfortune to see.

You've heard of a love triangle, but how about a death triangle?  The story of this film centers around three individuals who will eventually kill most everyone else in the entire plot, leaving themselves as judge, jury, and executioner, metaphorically speaking.  First we have Sheriff Jackson, a man on a mission to find relatives of the Governor of New Mexico who have mysteriously gone missing.  Next we have Sarah Ramirez, an ex-prostitute who is now married and attempting to scratch out an existence farming in the dirt with her husband.  And last there's Prophet Josiah, a man of God, or so he claims, who leads a congregation and ranch near the Ramirez's land.  All three will meet up in a violent struggle for justice & dominance as their individual goals begin to collide, leading to a climax that few will make it out of alive.

There were a ton of positives going for this film from the very beginning.  Ed Harris as the unpredictable, dancing Sheriff was phenomenal.  I can't recall him ever putting more life into a character, more freedom of expression and movement, more humor.  He's always so tense in his roles; it was like he finally relaxed.  And Jason Isaacs was great too, as the obviously evil country priest who stays up late chanting scripture and then spends the day shooting & screwing.  If the film had just focused on the two of them and nothing else it would have been an excellent Western, one with callous murder and morbid humor, a movie I could have easily loved.

But we can't forget January Jones as the angry, gun-slinging sodbuster, delivering a performance that lacked a single emotion, one that I will always remember as being so bad that it single-handedly ruined an otherwise enjoyable movie.  She brought down every scene she was in, made the film feel fake & stupid, failed to do anything with her character, and literally made me believe that she was intentionally trying not to act.  It was remarkably awful, made worst by being alongside two great performances, standing out so obviously & glaringly that it's hard to believe someone involved in the project didn't say something.  Harsh criticism, I know, but she killed the film and should have to give her paycheck back to the studio that produced it, along with an apology letter to anyone who was unfortunate enough to sit through what can only be described as an F in acting class.