Movie Review - Now You See Me 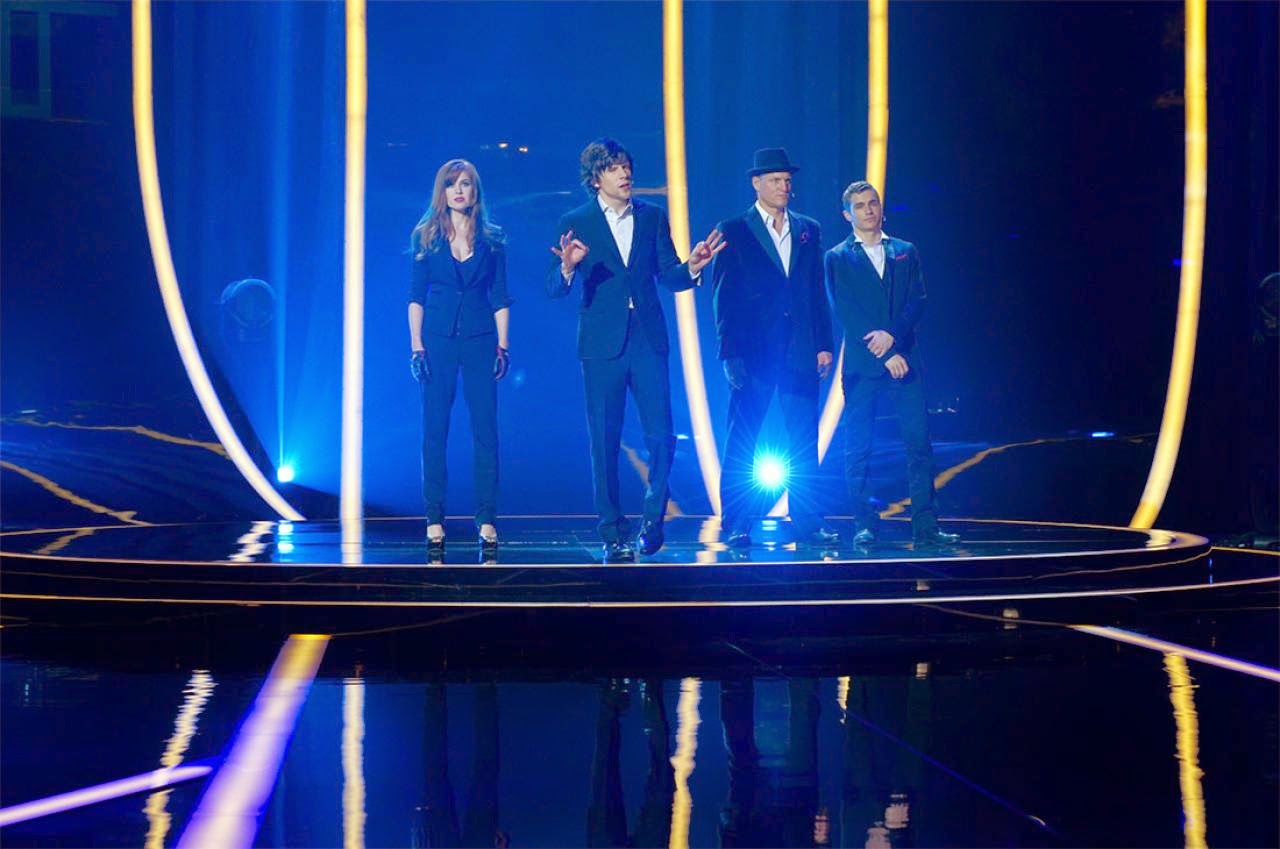 
If it's not a Wes Anderson movie, I immediately get worried when the cast list is this deep.  You'd think maybe the opposite would be true, that the more name actors you have in a film the stronger it would be.  But it seems that muddled casts like this produce crappy movies, even with great actors like Morgan Freeman & Michael Caine on board.  Maybe there's just not enough room for the talent that's undoubtedly there to shine through, or maybe mediocre talent shows as even more mediocre then usual when you're not give a character when any depth whatsoever.  However it fails, fail it does more often than not.  And I guess that shouldn't be surprising when the other movies produced by this director are Unleashed, Transporter 2, The Incredible Hulk, and Clash of the Titans.  I wasn't really expecting much going in and that's exactly what I didn't get.

It's a story of four magicians, artists in their own way, if of the con variety.  Daniel Atlas the illusionist, Merritt McKinney the mentalist, Henley Reeves the escapist, Jack Wilder the pickpocket.  These four are joined together by an unknown benefactor in order to pull off the show of the century, actually three shows that combined will wow audiences and change the world.  But there routine might not be strictly legal.  And when money disappears from a French bank and appears floating in the air down on a stunned Vegas audience, the Feds & Interpol get involved.  Agents Rhodes & Dray attempt to unravel the mystery behind the act, discover the truth behind these Four Horseman, and jump ahead of a game that seems to always be one step advanced.

It's a silly plot with silly characters with silly names.  Who made up these guys?  Daniel Atlas, Henley Reeves; maybe they're supposed to be stage names but either way they seem fake beyond belief.  The movie as a whole was unbelievable and cheap, unlike other strong magician movies like The Illusionist or The Prestige.  It was like I was an audience member in a show that I knew was fake but couldn't prove it, a set up that I didn't have enough detail about to even try to figure out.  When the twists happened I wasn't impressed, I was frustrated because they were either too obvious or too vague, answers that weren't really answers.  I'm sure that Now You See Me was made to make money, to entertain, to appeal to the general public, to quickly dazzle.  And there's nothing wrong with that if that's what you're looking for, but I needed a bit more to enjoy it; a few more details or more plot or better characters.  Something, anything, to get me on board.