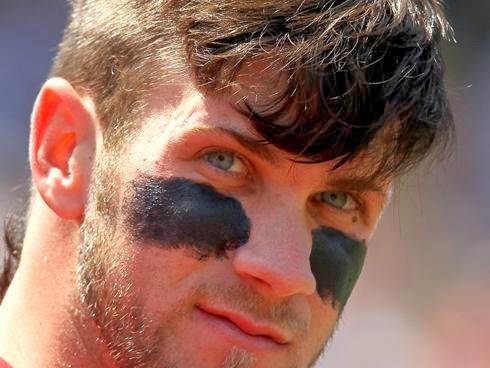 I'd like to dedicate this post to Bryce Harper, the least likeable player in MLB.  The Washington Nationals outfielder has the personality of a splinter, digging under the skin of anyone who has had the misfortune of seeing him on TV or, even worse I'm sure, meeting him in person.  I'm a firm believer that you can't hide your true self, even behind a camera, that how you come off is how you are.  If this is true, Bryce Harper must be the biggest tool in baseball.  I'm not trying to "troll" him, I have no reason to hate the guy, but someone's got to acknowledge that if baseball gave out an award for Player Most Likely To Remind You Of That Guy You Despised In High School, Harper would win hands down. 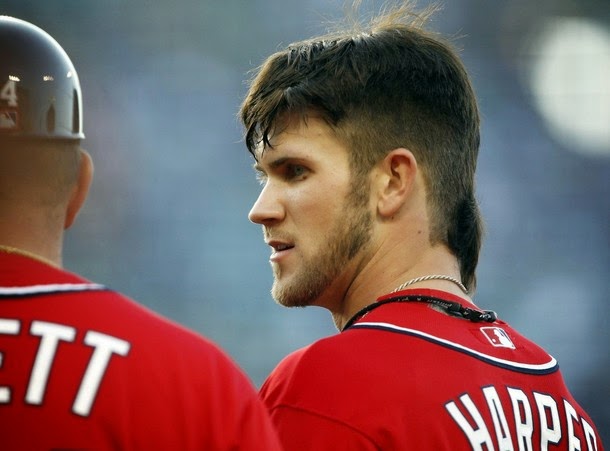 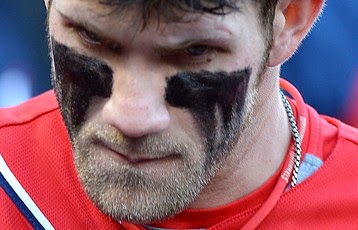 From his hair to his eye black, the guy is doing himself no favors.  He looks like a hobbit with a Mohawk, a sad & angry chimney sweep, a disgruntled frat boy who's on the wrong end of a lost bet.  It shouldn't be this easy to find pictures of him looking like a complete idiot, but than again, that might just be his resting state.  Someone needs to hire him an image consultant, help him shake off the perception that he's a grumpy muskrat. 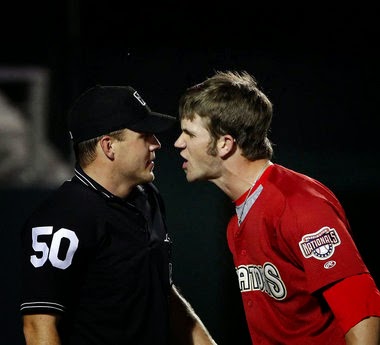 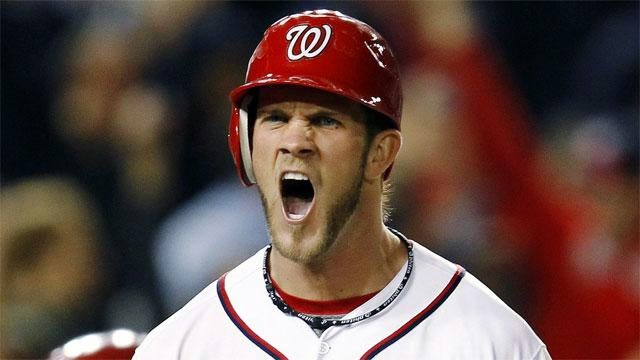 And his demeanor on the field is ridiculous.  He got ejected from the first inning of a Spring Training game after arguing a check swing.  He has no control over his temper or his actions, showing fans that he's an immeasurable moron.  I root for the Cardinals, don't care about the Nats one way or the other, and have cheered on my fair share of evil-looking dudes just because they were helping my team win.  But I have to imagine that even Washington fans have a hard time getting behind this guy, applauding his outrageous behavior, or accepting his lack of class.  Does he just really want to win?  Maybe.  Does he just suffer from bad haircut judgement?  Perhaps.  Does he give a damn what I think about him?  Of course not.  I just want to give credit, or lack thereof, where credit is do.  So here's to Bryce Harper, the heel of the major leagues. 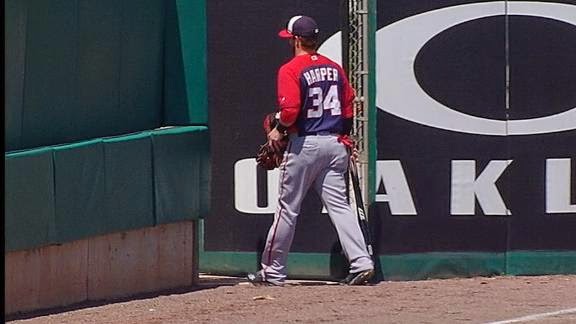