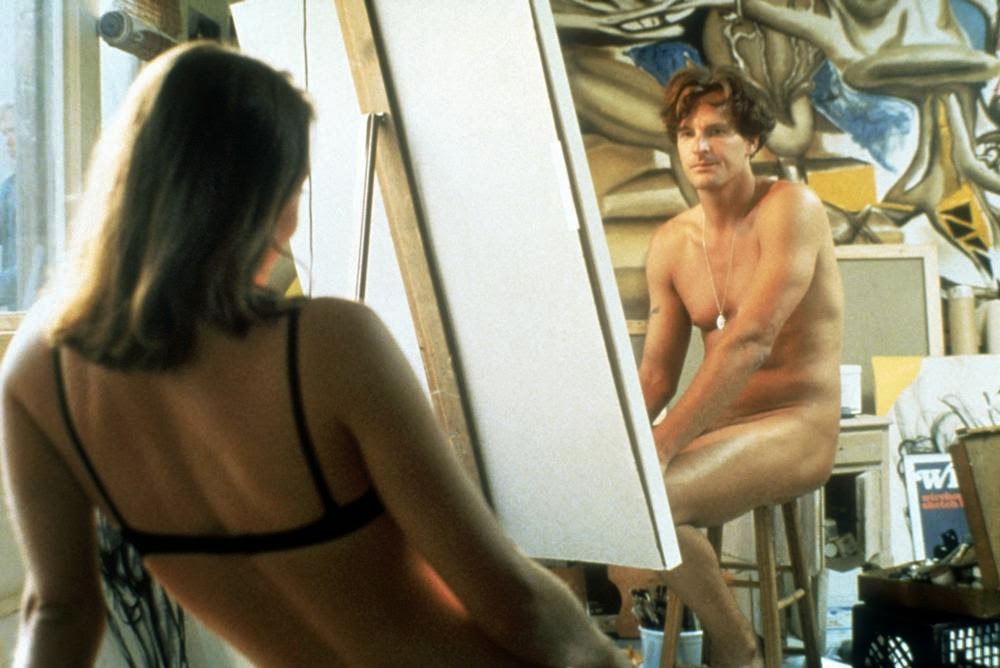 
Nick Cassavetes is better known as a director of crappy movies.  He's appeared in his fair share of films and television shows: Mask, Face/Off, The Astronaut's Wife, Matlock, L.A. Law, Quantum Leap.  And I guess you could call him a 90s guy; that's when he did his best work and he really hasn't done much since.  But it's in the 2000s that he made his mark, albeit in a negative way.  Some of the movies in his directorial repertoire are as follows: John Q, The Notebook, Alpha Dog, and My Sister's Keeper.  At least three of the four are horrible, and his newest project (The Other Woman) shouldn't be much better.  So anyway, what we have in Twogether is a future bad director starring in a film alongside an actress who can be found in such movies as Hardbodies 2, Death Spa, and Solar Crisis, and directed by a man in Chiaramonte who would make this his first & only film.  Add in a cheesy title and it sounds like a recipe for disaster.  Except it isn't, not quite, avoiding catastrophe through some magical, artsy, 90s, nonsensical way that I'm going to find very difficult to explain. 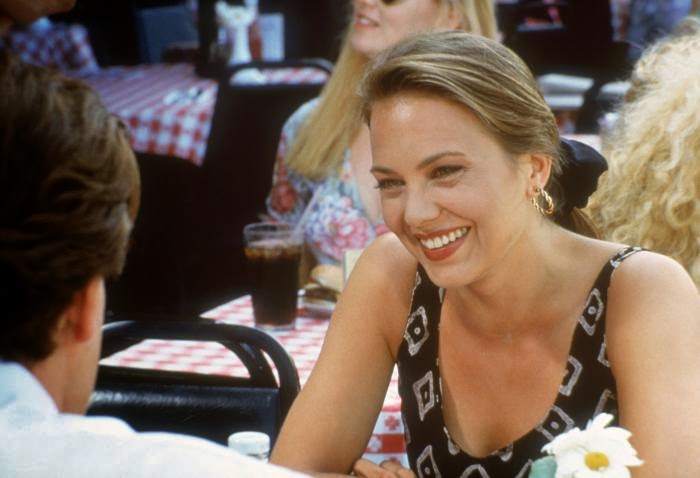 The title tells us what we need to know about the plot of the film.  It's a snapshot of the love between two people and a time in their lives that they will never forget.  John is a struggling artist, a man who believes in freedom of artistic expression.  He lives on the beach in Venice, California, squatting in a tiny house that he can't usually pay for.  Allison is a rich girl from Bel Air who has as much baggage as one woman can handle, looking for an escape from her family, a mother & father who demean her for being a woman and have never let her be herself.  When the two meet at an art exhibit it's lust at first sight, and nothing will keep them from running off together; not John's commitments or Allison's responsibilities.  They are in for one wild night in Vegas, giving into their bodies and their passions, letting all fear go, feeling free together in a way they haven't experienced in years.

But reality is about to give the couple a slap in the face.  Apparently they got married while in Vegas, and what happens there actually does matter outside the city limits.  Divorce is easy, but expensive, and John can't pay his part, despite his incredible talent as a painter.  With the "marriage" behind them, Allison announces that they have another problem; she's pregnant.  Now they must decide what to do with the baby, if the world is a safe enough place to raise a child in, if they can be parents without being husband and wife.  And their relationship complicates matters even more.  Has their lust turned into love, can they live with each other, can they live without each other?  It's not easy to be a progressive pair in the 90s, raising a child, changing the world, trying to survive. 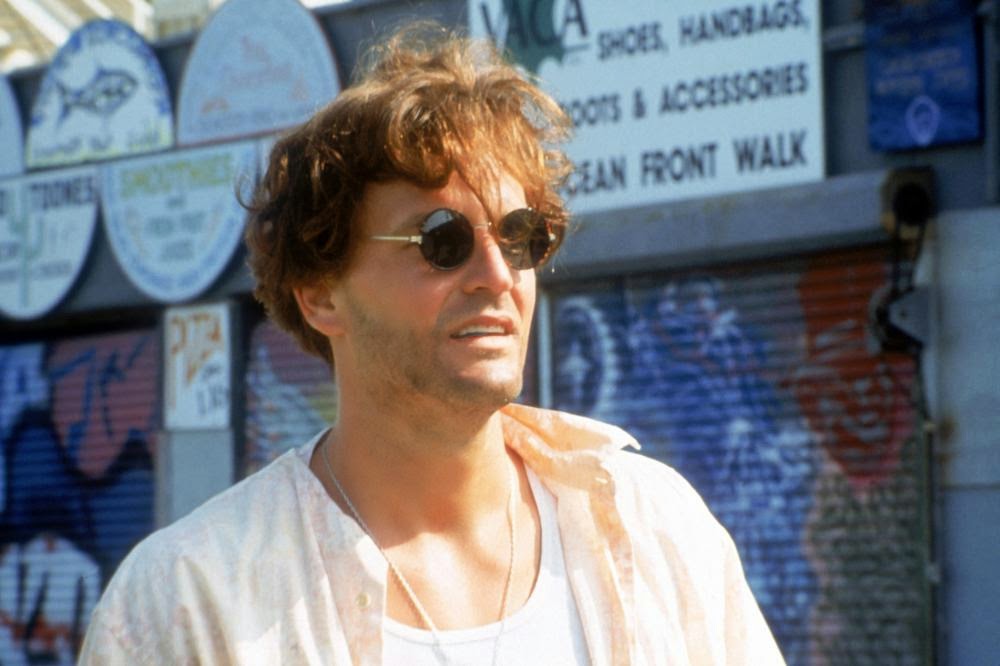 Putting that aside, the film as a whole was surprising good.  I didn't expect much out of what I thought would be a throw-away movie, a cheap use of art for art's sake, a collection of untalented filmmakers creating a relatively meaningless finale product.  But that's not how it ended up.  Yes, it was a little over-the-top at times, a little how-can-art-change-the-world, but at its core it was just a love story.  A unique setup perhaps, but just a love story, just an example of how two people can fall for one another even when they shouldn't, can make it work even when it's almost not worth it.  It definitely wasn't a feel-good movie; there were some incredible highs and lows, some moments when you almost wished they would break up just so you could avoid watching the pain.  But that's to the film's credit; they created a feeling that had an effect on me, something that I couldn't avoid even when it was sad and uncomfortable.

And I guess I should thank the lead actors for that, for forcing me to be invested in a story that I never imagined I would like.  The chemistry between John & Allison was real, I felt it, and they convinced me that their passion for each other was something I ought to root for.  Cassavetes was excellent as John, the starving artist.  At first I had my doubts about this tree of a man who only enjoys sex, sleeping, and painting.  But he quickly won be over and got me to understand the depths of his character.  Bakke was slightly less convincing as Allison, the troubled woman who wants everything that has always been denied her.  She was OK, but her emotional scenes were always a little over-dramatic, a bit acting class; she was at her best playing opposite Cassavetes, where their connection could shine.  Somehow they were able to take a film that shouldn't have worked and hold it together long enough to get me on board, even if I didn't walk away wowed. 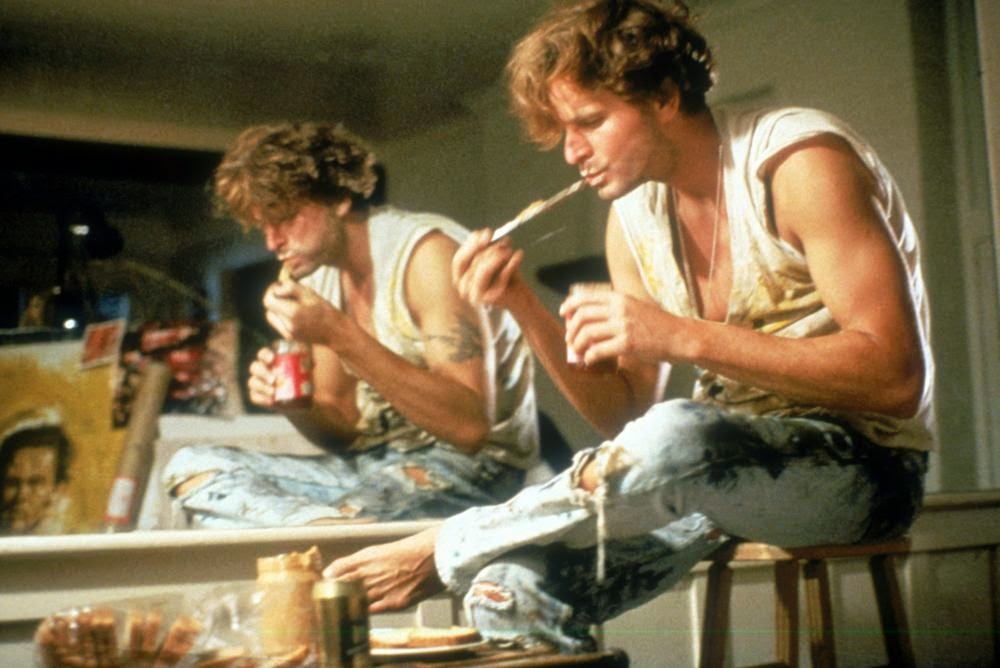 Video - With an aspect ratio of 16:9, the video is fine but not great.  It was shot in the 90s, after all, and looks more like a made-for-TV movie than anything else.  The picture quality is nothing to write home about, but there is never a time that it looks amateur.  You just have to be aware of the time period, accept a little imperfection, because it's really not that bad.

Audio - The DVD was done in Ultra Stereo.  You have your choice between English Stereo, English 5.1, French Mono, and French 5.1.  There are no options for the hearing impaired.  The sound quality was also fine, not amazing, with a bit of good 90s music thrown in for fun.

Extras - There are a couple options on the disc.  There is an introduction to the film from director Andrew Chiaramonte.  You can choose to watch the film with director's commentary.  And there are two trailers, both for the film, one in English and one in French. 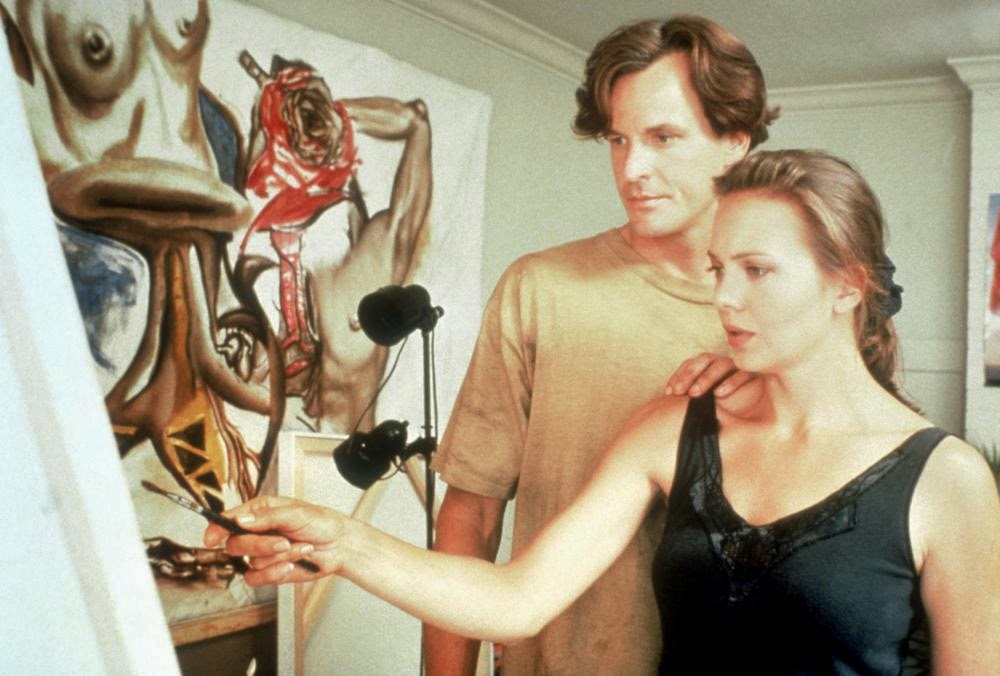 Rent It.  It's not much of a compliment to say that a film could have been worse, but I really thought it would be, so I was pleasantly surprised.  It's still a 90s love story set in a world of expressive art & sex, so you're getting something that isn't quite the norm, but that's not always a horrible thing.  The film delivers some messages, sometimes cheesily, but at least it tries, and at least the actors were invested enough in the project to really sell their story, to hook me into believing that their love was both real and powerful.  Twogether is not the best movie you'll watch, but it makes an impact, and sadly that is not something every film can say.  The video and audio were just OK and there were a few extras on the DVD.  This is a rental, something to watch if you're intrigued or if you remember it vaguely from twenty years ago.  It's not great, but its redeeming qualities were just enough to pique my interest and get my partial approval.