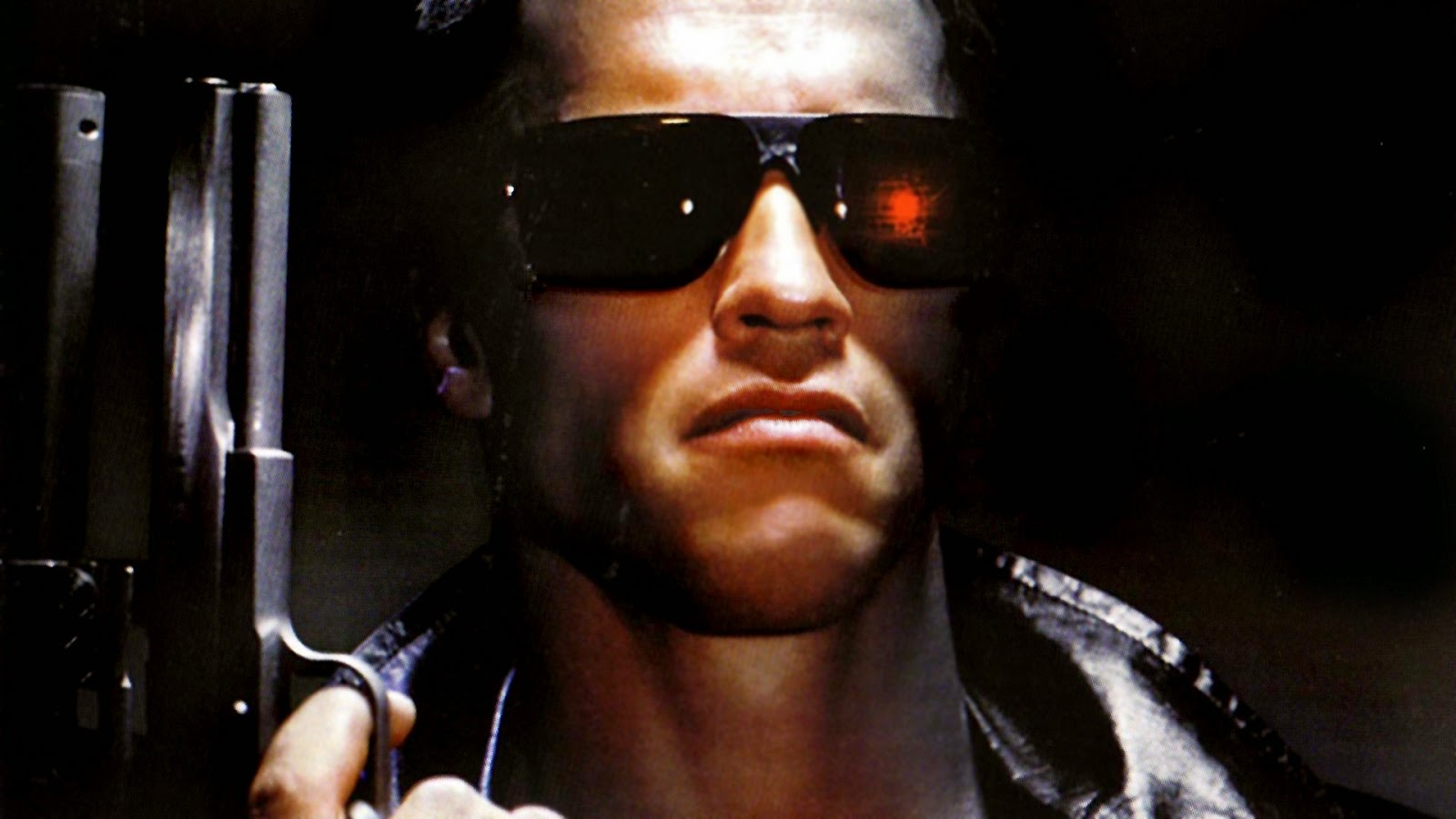 
The Terminator is one of those movies I've see a hundred times on TV but never watched in its unedited entirety.  It seems like it was always on FX or USA, on Friday nights when I was young and bored.  And so I saw every scene multiple times, but never in perfect order or all at once.  It's about as classic as an American film can be, launching toys, sequels, TV shows, Arnold's gubernatorial aspirations, you name it.  James Cameron got his start with this movie too, writing & directing what would become his first hit.  And the quotes, my god.  Everyone has said "I'll be back" a couple times, attempting their best Austrian accent and failing miserably.  I always liked quoting Kindergarten Cop more; "It's not a tumor!"  But The Terminator will do, a fun film packed with action, explosions, sci-fi, 80s glam, and of course Aaaaanold.

The year is 1984, where a woman named Sarah Connor is leading her normal, young adult life; crappy job, little apartment, roommate, dating.  But her path is about to take a strange turn.  Two men turn up out of nowhere, hunting women named Sarah Connor.  The first few in the phone book are brutally murdered, leaving the third, our Sarah, a frightened mess.  And when the two men find her, a gunfight ensues, but it seems that one is after her while the other is here to protect her.  Reese claims that he's been sent from the future to save Sarah's life, to keep her from being executed by a machine called a Terminator, a robot that looks human but is basically a walking computer.  It seems that Sarah will someday play an important role, one that will lead to human survival in the future, when man fights machine for control of the planet.  Reese & Sarah are on the run from the Terminator, a cyborg that will never stop hunting them, never grow tired, and never give up.

For 80s sci-fi, The Terminator is pretty bad ass.  Biehn & Schwarzenegger literally fall naked from the sky, procure weapons, and proceed to shoot at one another with sawed off shotguns while driving speeding cars.  There are bombs, laser sights, glimpses into the dark future of Earth.  But there's also a humanity to the film, and that's what makes it good.  Sarah is confused, scared, alone, Reese is trying to protect her, they have a connection.  There's a bit of depth there that takes it beyond just a shoot-em-up movie.  And it's cool to see some known actors in early roles here.  Bill Paxton as the leader of a punk gang, Lance Henriksen as a dumb cop, Rick Rossovich right before he was Slider in Top Gun.  I could watch The Terminator a hundred more times and enjoy it over & over.  It's just that type of movie; a standard, a cinematic gem, an 80s time capsule, strong early sci-fi, the beginning of a franchise.  Assuming you've seen it, give it a shot on DVD straight through; you won't be disappointed.