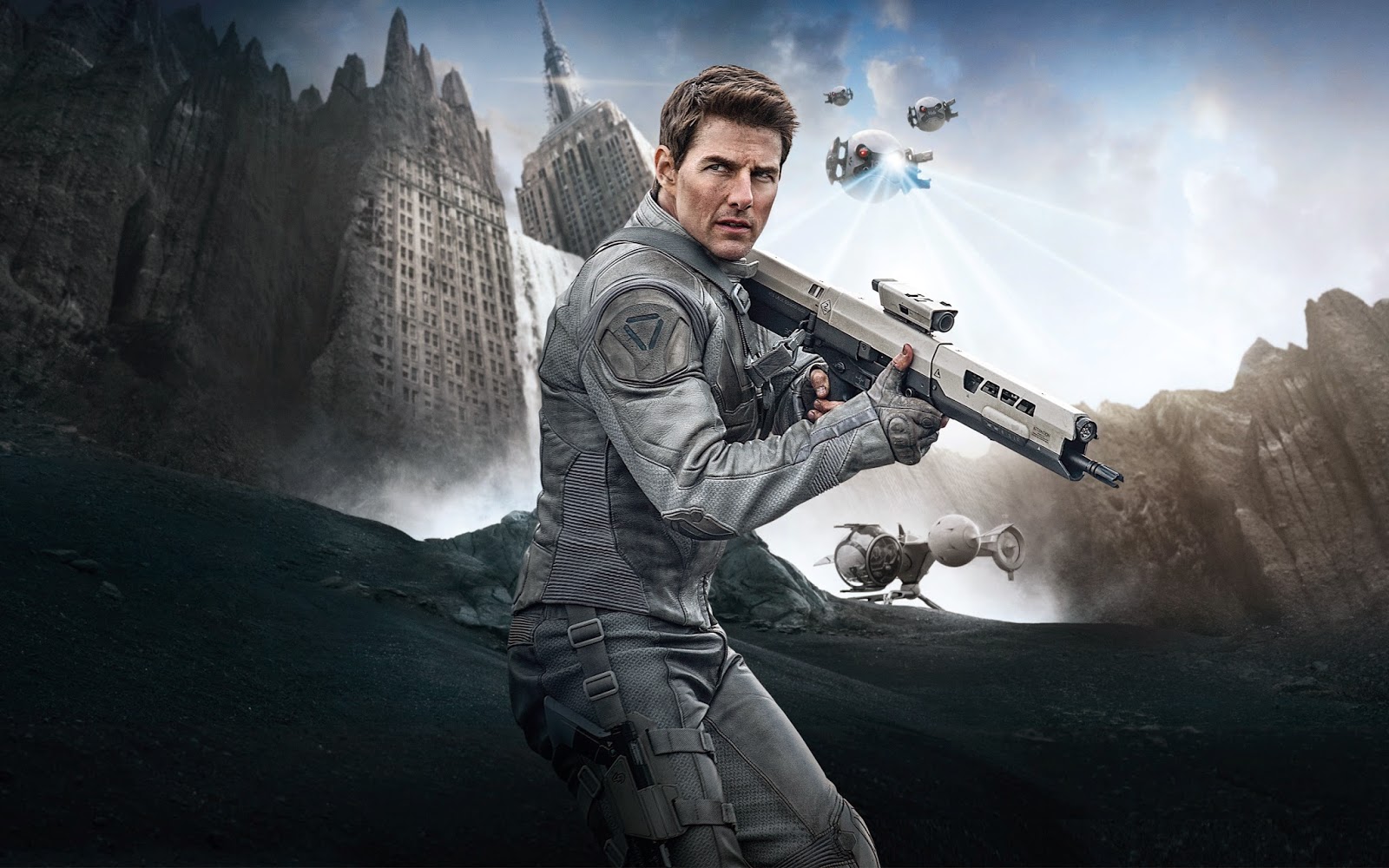 
I probably hate Tom Cruise less than you do.  I don't know what it is about the guy, but he's one of those polarizing actors that you either love or despise.  Maybe it's his religious oddities, or his marriages, or the fact that he's small & cocky.  But something about him rubs a lot of people the wrong way, but doesn't seem to bother me.  I might be forgiving a lot because Top Gun is one of my favorite movies; Maverick can be my wing man any day.  Now, I'm not trying to defend all of Cruise's movies, because some have been plain awful, but I do tend to give him the benefit of the doubt.  Throw him into a sci-fi movie, which happens to be my favorite genre, and I'm pretty much guaranteed to be on board.  So when Oblivion almost lost even me, it was a pretty sure sign that this film wasn't much of a winner.  I hung in there though, and was rewarded by a fairly cool post-apocalyptic action movie, one that won't get much love and probably doesn't deserve it.

Set a few decades into the future, Oblivion tells the story of a post-war Earth.  Years ago the Moon was attacked and destroyed by a group of aliens called Scavengers, going from planet to planet to gain valuable resources.  Great battles were fought, nuclear weapons were used, and humanity won the war against the Scav.  But the planet was destroyed, left inhospitable to mankind, and so they left in a mass-migration.  Only a few stay behind to monitor and repair a small robot army that protect the  giant power generators necessary to sustain life in space.  Jack & Victoria are a team of workers, living & functioning as a unit to complete their job and join the others humans in space.  But when Jack begins to have strange memories of life on Earth, and when a woman from these memories suddenly arrives in a crashed spacecraft, he begins to question just what his true occupation is and just what exactly happened to a planet that was once a home.

This film is a weird mesh of many others.  Top Gun, After Earth, The Matrix, Moon; borrowing themes, shots, and plot lines from so many movies that there is no way to think of it as an original story.  It was heavily laced with WTF moments, glaring goofs, silly twists, and bad dialogue; two hours of plot held together by a thread.  Tom Cruise held his own, only asked to be an ignorant participant, not a knowledgeable figure, so that worked.  But Olga Kurylenko in a smaller role was so tremendously bad that I had to look away from the screen a few times.  It was on track to be a horrible, horrible movie by the middle of the story, but it was saved by the action at both ends, if just barely.  The beginning was really cool, a nice setup with interesting technology.  And the end was intense, with a lot of loose ends coming together.  But taken as a whole, I think you'd better be a sci-fi buff and/or a Tom Cruise fanatic to enjoy this movie, because there are many more negatives to point to than positives.  I was entertained despite a lot, and the end made up for a good bit of the muddle in the middle, but Oblivion remains a film that is very far away from great.