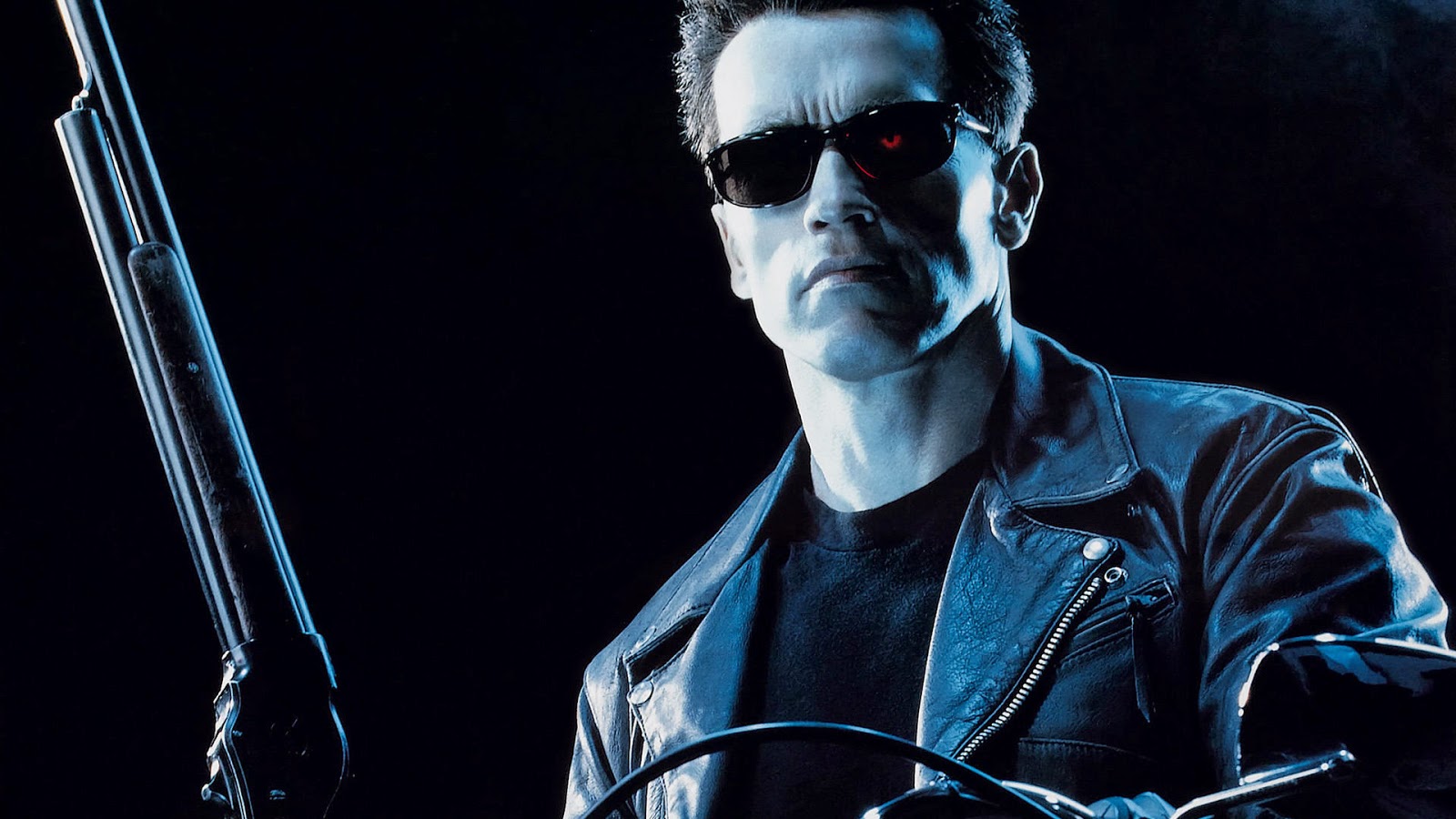 
Seven years after the original Terminator was released, it was time for a sequel.  Audiences wanted more of the apocalyptic story, more of the drama, and definitely more of the machine.  Arnold was a big hit by 1991, a household name, having starred in Red Sonja, Commando, Predator, The Running Man, Red Heat, Twins, Total Recall, Kindergarten Cop.  He was the face of 90s action, throwing in some comedy here & there, making a name for himself.  I can remember being seven years old, playing Terminator and Predator video games on the NES; pretty tame stuff compared to today's standards.  But I loved Arnold, as did a ton of kids my age; we were all ready to see more of his famous role and more of the fictional future of our planet.

Once again a Terminator has been sent back in time to change history, to defeat humanity before the war against machines has even started.  But this time the target in John Conner himself, now a feisty kid living in LA in the 90s.  He's in foster care, his mother Sarah having been committed for violent acts and insane nuclear war predictions.  So she's not there to protect him from the advanced model of cyborg that has been sent to murder him.  But luckily, someone else is.  Future humans sent back an old version Terminator to work for John, to keep him alive, to make sure he fulfills his destiny as leader of the future resistance against the machine.  John and his robot pal will have to avoid the assassin, rescue his mother, and fly under police radar if they are to have any chance of staying alive and saving the world.

The original movie cost about 6 million to make and made about 40 million at the box office.  The second cost about 102 million and made about 204.  That's a pretty big difference in numbers.  While the first had some action, the second was nothing but.  Explosions, gunfights, sieges, helicopters, CG; no expense was spared and everything was blown up.  So the film cost a lot more, but of course people were already willing to come see the sequel and didn't leave disappointed.  For my money, the first is better.  It's got more heart and leaves a lot of questions that are fun to try to answer.  The second tries to be dramatic, gives us more details on the future war, but really relies too heavily on two robots throwing each other through walls.  I like Edward Furlong in this movie, Linda Hamilton is fine, but Arnold talks a little too much, attempting to build a sensitive character out of an unfeeling machine.  As long as you like the original, you'll probably be invested enough in the story to enjoy the sequel, but standing alone it's a bit more action than I like and has a bit less depth.  Still, it's an entertaining two hours and a classic film.