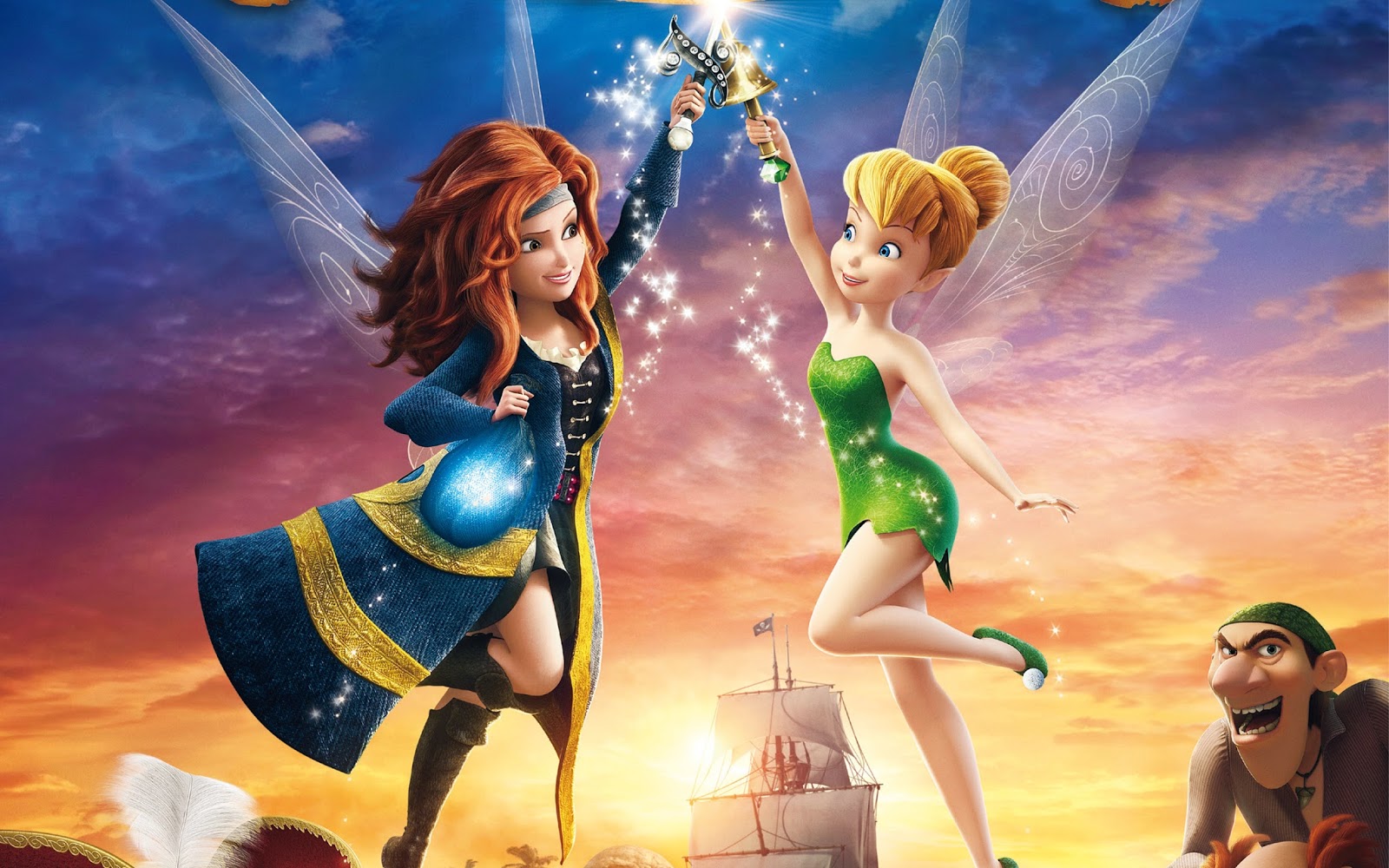 
Who knew the Disney Fairies would be such a hit?  Of course, Peter Pan has always been popular; as a play, a book, a musical, many movies, and ultimately a franchise.  Disney alone has done a ton with this classic story, from TV shows to movie spinoffs.  But none of their projects have succeeded quite as well as the Pixie Hollow Fairies.  It's not just Tinker Bell that captures audiences, it's the entire world that Disney has created.  Regions, climates, talents, jobs, leaders; Pixie Hollow is a self-contained fantasy world where anything can happen.  So it's not hard to understand why one movie was a success; what surprises me is just how big the idea became, just how many movies they were able to make out of one character.  Tinker Bell (2008), The Lost Treasure (2009), The Great Fairy Rescue (2010), Secret of the Wings (2012), and now The Pirate Fairy (2014).  A lot of movies for a short period of time.  And as a father of a 4-year-old girl, I've seen them all.

This is the first Fairy movie that isn't centered completely on Tinker Bell.  It introduces us to a brand new fairy with a little-discussed talent.  Zarina is a dust-talent fairy, working at the fairy-dust mill.  The magical dust is essential to fairy flight & daily life, so it's an important job.  But Zarina is not your most responsible worker.  She dreams of new ways that fairy-dust could be used, enhanced, improved.  But when her experiments go a bit too far, she's banished from her occupation.  Fast forward in time to when Zarina returns to Pixie Hollow, steals the powerful blue fairy-dust, and leaves the island of Neverland.  Her former friends, including Tinker Bell,  chase after her, attempting to learn the truth, rescue Zarina, and return the dust to where it belongs.  But all is not as it seems and Zarina might not want to be rescued.  She has plans of her own, plans that include a group of devious humans who await her in a ship just off the coast, a pirate crew who will follow her to the ends of the earth and beyond.

I've enjoyed every Pixie Hollow Fairy movie I've seen so far, with The Great Fairy Rescue being my favorite.  It also features humans, with their frailties and shortcomings, which makes it a bit more than just a fantasy story.  The Pirate Fairy did the same, incorporating our world in some way to make their world seem that much more real.  And it did more than just that, it also tied itself into the original Peter Pan book, gave us hints of the story that we all love.  Pretty ingenious actually, linking this children's movie series to that classic tale.  Well, it was always linked I guess, Tinker Bell is in the original text after all, but this is the first Fairy movie to join the tales so openly.  And the movie was mostly about Zarina, her quest, her fears, and the men she chose to deal with.  The other fairies were in the background, with Tink stepping up from time to time of course, but I liked that they moved away from the recipe of the other films just a bit.  My whole family and our friends all enjoyed the movie very much; it's an easy one to get into, to follow, and to be entertained by.  I still love The Great Fairy Rescue, but this one might have just put itself right up there.