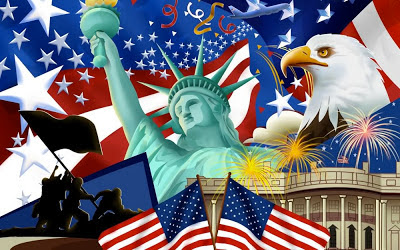 I think people might be a little bit confused.  About half of the people who have made some sort of Memorial Day post, tweet, or comment seem to think that we're celebrating veterans.  No, that would be Veteran's Day.  This is Memorial Day, a day that apparently 50% of the people in my fake Internet life don't know anything about.  I'm not claiming to be a historian, but all it takes is a little Wikipedia search to find out what the meaning of the holiday is.  And for those who don't think that Wikipedia is a credible source, you can look the same facts up somewhere else that's more scholarly.

Memorial Day is a day to remember all those who died while a part of the United States Armed Forces.  It started after the Civil War and was first called Decoration Day.  Sounds nice, and honestly I don't have a cynical anger toward this particular holiday.  I wouldn't want to be in the military.  I'd be afraid that I would die, and I don't care about enough people to make that sacrifice.  It amazes me that some people actually want to serve their country more than they want to stay home.  And I respect those people for doing what I don't want to.  It makes it that much more tragic when they die, because they were being fairly selfless.  So, thanks to those who have died to protect the interests of the country that I was lucky enough to be born in, even though you're dead and can't read this.

However (and you knew this was coming), let's not get ahead of ourselves and imagine that the American military is a troupe of do-gooders running around the world holding back the tides of tyranny.  Our armies support our positions, our allies, keep our money safe, and fight off threats to our oil.  We can and should be thankful for that, because we enjoy living in a rich and powerful country, but we can't forget that a life is a life, and that our soldiers kill as well as die.  They made a sacrifice for us, but often than sacrifice came at a cost to someone else as well.  So let's try to remember that while we remember out fallen countrymen.
Posted by Olie Coen at 1:55 PM