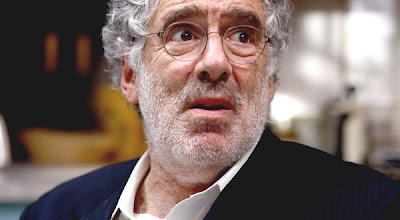 
I've got to be honest; the only way I know Elliott Gould is as Ross and Monica's dad from Friends.  Well, I take that back.  I think I remember him from an episode of Touched by an Angel, but I'm not proud of that.  My point is that I knew going into Fred Won't Move Out that I was going to have a hard time separating Fred from Jack Geller.  And especially since Jack is so funny and I didn't imagine a movie about the end of an old Jewish man's life would be.  And it wasn't mostly, and yet was sometimes.  Confusing, I know, but then so was the movie.  Not plot-wise, that was straight forward, but by the end I was unsure whether I had enjoyed watching it or not. 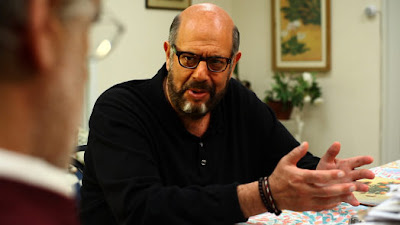 The story of the movie revolves around the last phase in the life of a man named Fred.  He has lived in his current home for fifty years with his wife, Susan.  She requires a constant attendant, as she is incapable of taking care of herself.  The attendant's name is Victoria, a very caring yet stern woman who takes Susan to the bathroom, feeds her, and is beginning to need to keep a watchful eye on Fred as well.  He is beginning to become forgetful; not paying his taxes, not going to the grocery store.  And after he has a fall, his grown children begin to worry about his safety.  Their names are Bob and Carol, and while they love their parents very much and respect Fred's desire for freedom, they understand that he is no longer safe on his own.

Most of the action of the film takes place on one day during a visit to the family home.  Bob and Carol have driven in from the city to spend the day with their parents, bringing Carol's daughter Lila with them.  They stay to help Victoria around the house, to have lunch as a family, to attend an eclectic music therapy session, and ultimately to convince their father that the time has come for him to leave his home.  Susan is moving to a care facility and the plan is for Fred to accompany her.  But he becomes resistance.  For Fred, the move means an end to his old life and his independence.  For his children it means a lessening of their daily worries, as they know that both of their parents now need more attention than they can give.  The family struggles with the impending move, as the individuals that make up the group don't always see eye to eye. 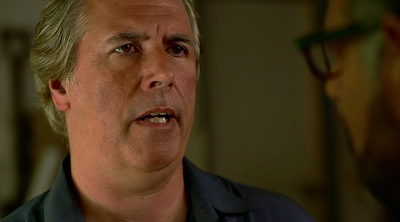 When a movie has this little action and relies so heavily on dialogue, the acting really comes to the forefront and can make or break the film.  I don't think the acting broke anything, and yet it didn't really blow me away either.  Elliott Gould actually had a small part, which was surprising when you consider that the movie was named after his character and that he's the only well-known actor in the entire project.  The bulk of the lines were given to the son and daughter, and while they were just fine they definitely couldn't carry a heavy story like this one.  They were almost too real, too flippant or amateur or something.  They seemed like actual people and not actors, but for some reason it didn't work and just felt strange.

The story and plot as a whole were well thought out and realistic.  Perhaps not all of us have been in a situation quite like this one, but I for one can imagine it pretty well, be it with my parents as they get older or with myself, as someday I may be incapable of taking care of myself and a decision will have to be made.  It was a very sad scenario, and the characters were accurate depictions of how we might react were we put in a similar spot.  And the flow of the story was pretty straight forward, except for a few weird dream-like sequences that didn't really make much sense.  They definitely didn't add anything to the movie and should have been edited out by someone with a good eye.

All in all, I'm on the fence with this one.  It's not like it was a bad movie.  The acting was fine, the story was real, and there were some great emotional triggers.  There was even a funny scene with the music therapist who played piano and led the family in rousing song.  But I just can't say I liked it, because I often found myself a little bored.  Maybe it was the low-key acting, or the elderly people sitting around getting older by the second, or the conversations about bagels and who ate whos bagel and how many bagels were bought.  I just found myself not caring; about the bagels, about the family, about how the story would end.  The movie wasn't bad, it just wasn't good enough to illicit a major reaction.

Video - With an aspect ratio of 16:9 Widescreen the picture quality is just fine.  Nothing spectacular, but nothing distracting either.  The majority of the movie takes place in and around a home, with a lot of dialogue and people sitting down.  In other words, the video wasn't really put to the test.

Audio - There are zero sound options on the disc.  No audio choices, no alternate languages, and no subtitle choices.  The sound in the film was fine, with no obvious blemishes, but again there wasn't really any chance to try out anything more than a raised voice.

Extras - The only extras on the DVD are three trailers: Fred Won't Move Out, Gun Hill Road, and Future Weather.  Let me recommend watching Gun Hill Road, a terrific and moving film, one that's worth a first and a second watch. 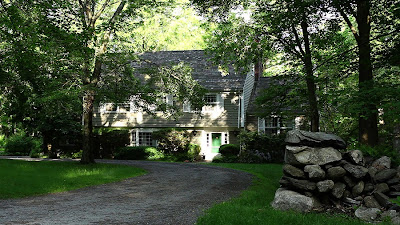 Skip it.  I almost wish I could give it a higher rating, but the film just isn't worth a lot of time.  It's not an awful movie, but there have got to be so many other ones that should be above it in any movie queue.  The video was fine, the audio was whatever, and the extras were minimal.  An overall fine film that comes off as bland and won't be memorable.