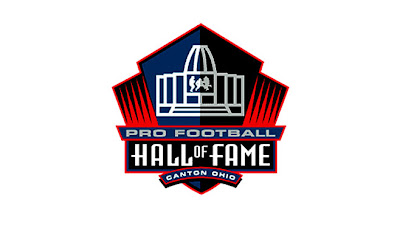 The NFL Preseason kicks off in about a week; Sunday, August 4th at 8pm on NBC.  The game is between the Miami Dolphins and the Dallas Cowboys, and will be played at Fawcett Stadium in Canton, Ohio, right next to the Pro Football Hall of Fame.  If you've never been to the Hall, I highly recommend it.  I haven't been in years but it's an experience every football fan needs to have.  Apparently they've redone it recently and it's even cooler, so I plan on checking it out ASAP.  The stadium itself is a great place to see a football game.  I went a few years back when it was Colts vs Redskins.  The stadium is so small that you feel like you're watching a high school game and the players are literally right there.  Anyway, here's a look at what to watch for during the game.

Miami - Last season actually went alright for the Dolphins.  They ended up 7-9, but they couldn't score enough points, win on the road, or win in their division.  Those problems kept them out of the playoffs, but there were some signs that they are headed in the right direction.  Last year was the first season for HC Joe Philbin, his OC, his DC, and starting QB Ryan Tannehill.  He started all 16 games, threw only 12 TDs and 13 INTs.  Not good.  He'll have to improve in his second year and avoid the sophomore slump if this young group hopes to improve on their first year as a unit.  They lost some key veterans: RB Reggie Bush, TE Anthony Fasano, CB Sean Smith, LB Karlos Dansby, OT Jake Long, and LB Kevin Burnett.  But they added some really good talent: WR Mike Wallace, TE Dustin Keller, LB Dannell Ellerbe, OT Tyson Clabo, CB Brent Grimes, and rookies DE Dion Jordan and CB Jamar Taylor.  If RBs Daniel Thomas and Lamar Miller can step up, if Tannehill can improve and hit Wallace often, and if the defense can solidify then this team has the ability to be a tough matchup.  They're not going to compete with the Patriots for the division, not while Tom Brady is healthy, but there is an outside chance that the 'Fins could be a surprising Wild Card team.

Dallas - The 'Boys went 8-8 last season and missed the playoffs.  Not good.  With the money they spend and the pressure put on them by their owner Jerry Jones they have got to do better this year.  Both QB Tony Romo and HC Jason Garrett are on the proverbial hot seat after failing to meet high expectations.  This team needs to win now and often.  The offensive reins have been handed to OC Bill Callahan, so he and Romo have to put up some points.  The defense will be run by new DC Monte Kiffin, Lane's dad and longtime great Tampa Bay defensive coach.  Look for the defense to be improved and the offense to put together some TDs this season.  They lost a lot of players: DE Marcus Spears, CB Mike Jenkins, LB Dan Connor, RB Felix Jones, S Gerald Sensabaugh, WR Kevin Ogletree, and OG Derrick Dockery.  The players they added will have to fill the holes: S Will Allen, TE Dante Rosario, LB Justin Durant, DE Anthony Hargrove, and rookies C Travis Frederick, TE Gavin Escobar, and WR Terrance Williams.  The team has great TEs, good WRs, an RB in DeMarco Murray that has shown bursts of brilliance; there is no reason the offense shouldn't click.  If the defense (especially the secondary) can keep up, then this is a team that can make and win in the playoffs.
Posted by Olie Coen at 11:22 AM