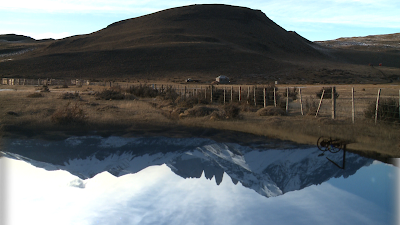 
While I'm not a huge fan of documentaries, I try to give them a fair shot.  After all, documentary filmmakers are trying to shed light on a subject, open our eyes to a problem, give us a glimpse of a world that we don't normally see.  And isn't that what's missing from so many major movies, a real reason for the film?  So many projects are throwaways, meant to make a profit more than anything.  But documentaries are created for a specific purpose, and for that I respect them.  Now, that doesn't mean I always enjoy them, some are quite boring, but a few do come along that are both captivating and interesting and those are the ones that are worth looking out for.  If you've ever seen and liked Life in a Day you know what I'm talking about.  And I thought this movie would be just like that one, a great look at our planet in a breathtaking way.  Well, it was beautiful, I'll give it that, but it was about as captivating as watching a glacier move. 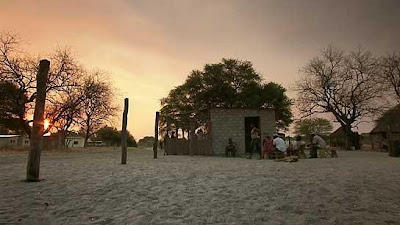 First off, what is an antipode?  Well, very simply, it is a direct or exact opposite.  Antipodes, in this sense, are places on Earth that are diametrically opposite each other on the globe.  So if you drilled a whole down through the ground under your house, dug a straight line directly through the Earth's core and kept going, where would you pop out?  Apparently there are very few antipodes in the world that are both populated by humans, given the large percentage of water covering the surface.  It's very rare to live in a place in which, directly under your feet, people are living their own lives "upside down".  This documentary was created to examine the lives of the people, the beauty of the environments, the differences in culture, of those who live on opposite sides of the world.

The locations tell the story more than the few words spoken in the film.  The antipodes are the plot, and the environments of each spot are the background.  The first pair of opposites are a riverbank in Argentina and a booming city in China.  Second are a lake in Russia and a sheep farm in Chile.  Third are a village in Botswana and a volcano in Hawaii.  Lastly are the landscapes of Spain and New Zealand.  These locations are compared, juxtaposed, and ultimately shown to us as exact opposites in location but somehow similar in their variety.  The message seems to be that life on Earth is both abundant and original; that life exists in some strange and wonderful places that most of us may never see but that flourish in their own unique ways. 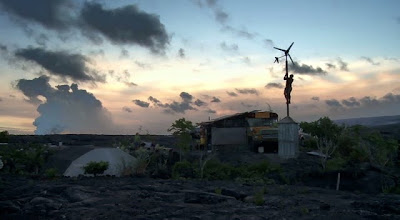 Maybe it sounds like an interesting documentary, one that really showcases the beauty of planet Earth and the people who call it home.  Perhaps the still pictures from the DVD are so vivid and stunning that you want to watch this film.  Well, don't.  I had hope that it would be as good as Life In a Day, but it wasn't, not at all.  I was very disappointed after watching the movie; I felt like I wasn't given what was advertised, that I was denied something beautiful.  Now, maybe that's not fair.  Maybe the director had a vision and met that goal perfectly.  Perhaps it's my fault for creating expectations.  But I don't think it's too much to ask to want a documentary to be engrossing, not boring.

And boring it was, wow.  Every scene dragged and felt torturous.  It was like watching a plant grow using a fast-motion camera.  Except imagine that it's just a normal camera and you still have to sit there and watch the plant grow even though you'd rather be doing almost anything else in the world.  The shots were just too long; someone needed to scream "cut!" about 10 minutes earlier in about every shot.  And I'm not exaggerating that much.  There were some extremely long pans of some extremely boring material; buzzards sitting on rocks, lava oozing centimeter by centimeter, a tour of what seemed to be the entire city of Shanghai.  If I wanted to get to know the planet in this way I would have just looked up some Google maps.

Now, it wasn't all bad.  It was a very visual movie; you could have just watched it in complete silence and gotten the same out of it.  It was often relaxing, sometimes sleepy, and showed some cool parts of the world that I had never seen in such detail.  The movie was beautiful in that way.  The sunsets were great, the landscapes were lush, Earth was shown as a canvas wonderfully painted.  And the effects were pretty neat too.  It seems too simple to be any good, but just by turning the camera upside down or sideways the director showed us a literal view of the planet that we don't often think about.  It was surprisingly surprising to think about the globe as a sphere.  Of course we know it is, but to literally see it that way was nice.  Still boring, but kind of nice.

Video - With an aspect ratio of 1.85:1, the video quality was good.  Since the movie relied almost completely on the visual, I had expected the picture to be a little better than it was.  It was still good, the sunsets were brilliant, the plant life was detailed.  But it wasn't a breathtaking movie; I wasn't blown away by the visuals or the quality of the video.

Audio - There are very few audio options on the DVD.  You have the choice between Dolby Digital 5.1 Surround and 2.0 Stereo.  There is also an option to turn the subtitles to English or off.  There was nothing amazing about the sound quality and not much in the film to showcase.

Extras - There is only one extra on the disc; a trailer for the film. 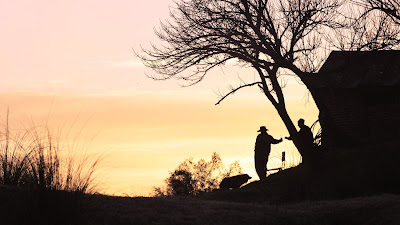 Skip it. If you're looking for an excellent documentary about the diversity of life on planet Earth, this isn't it.  It might sound like it and look like it from the stills, but you might find it hard to stay awake long enough to see anything worth while.  There are some beautiful shots in the film, but a serious lack of editing created a very boring movie.  The video quality was good, the audio options few, and the extras nonexistent.  The stills from the film turn out to be all you really need to see, unless you enjoy watching a man walk, walk some more, and then keep walking.