DVD Review - Flowers in the Attic 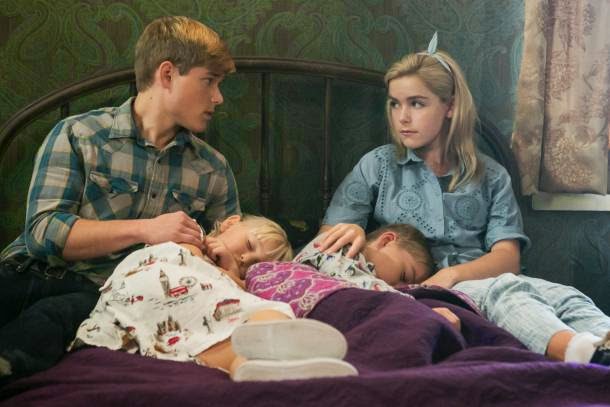 
Somehow this is the third time I've voluntarily listened to this story.  The first time was when I read the V.C. Andrews novel.  It's a classic I guess, or at the very least it intrigues people, so I'm not sorry for reading it even though it wasn't wonderful.  The second time was when I watched the 1987 movie version.  It wasn't good, but what else can you expect from a PG-13 film starring Kristy Swanson?  And now, to complete the trifecta, I've watched the 2014 reboot.  It originally aired on Lifetime in January, and is as good as you would imagine a made-for-TV movie on Lifetime would be.  That is to say, it's no good at all, and I'm not sure what surprises me more; that the movie was made in the first place or that they've already made a sequel. 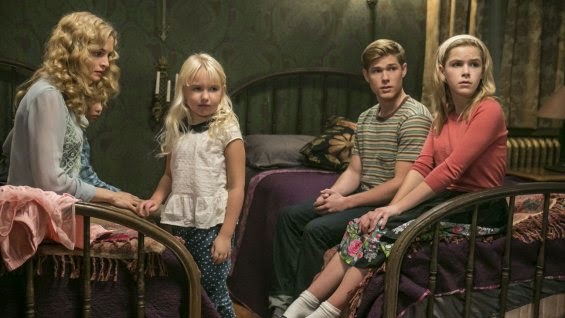 Meet the Dollangangers, the idyllic American family.  Mother & Father are a perfect couple, rich & beautiful.  Their children are near dolls themselves, with blond hair & porcelain skin, the envy of all around them.  They want for nothing, love each other, and all seems well.  But when tragedy strikes, it leaves the family reeling and without a place to turn.  Father was the sole breadwinner, and without him the family has no money and no prospects.  Except, perhaps, for one.  Mother contacts her parents, extremely wealthy landowners living in Foxworth Hall who have never seen their grandchildren.  Years back there was a disagreement, but with a little work that rift can be patched and the Dollangangers can be right back on their feet.

But it won't be as easy as it sounds.  On the way to Foxworth hall, Mother tells the eldest children, Cathy & Christopher,  that her father hasn't accepted her back into his heart or his will just yet and that he has no knowledge of the children.  In order to win his favor, the children must all stay in a rarely-used bedroom connected to an attic, while Mother works her charms on the man who once doted on her.  She promises them that their secret isolation will only last for a few days, but as it slowly turns into a few weeks & their mother's visits become less & less frequent, the children begin to worry.  Add in an angry grandmother who may feed them but also keeps them locked in their tiny room and you've got a situation that is sure to go from bad to worse. 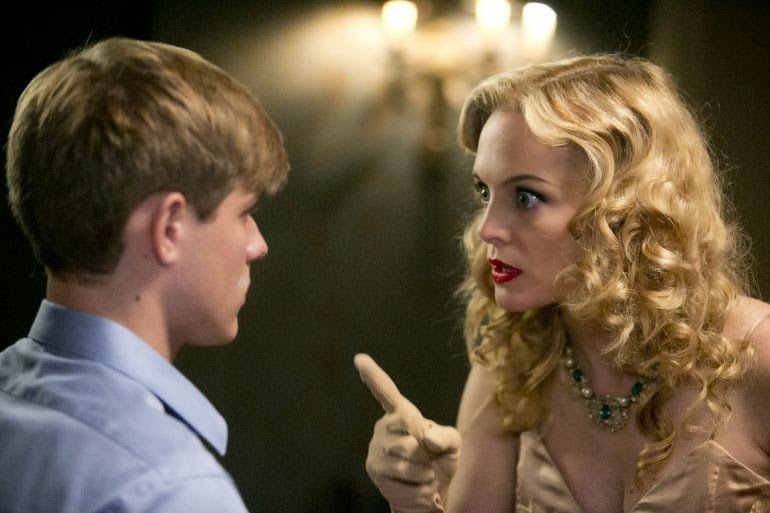 The base story here is actually pretty interesting.  I guess that's why the book is so well-known, even though it's not written extremely well and the rest of the novels that follow it never do great things.  There are a ton of themes introduced in a short amount of time that do elicit some thought.  The perfect family concept, the reliance on looks to get you though life, the idea of wealth & inheritance & prospects.  And then there's the attic.  It's terrifyingly simple; the kids think they can deal with this prison for a few days, and when it becomes longer they convince themselves that their mother knows best.  When she doesn't come back up they assume she's busy, and all the while they grow paler, sicker, and begin to yearn for contact with the outside world.  There's also a bit of a Blue Lagoon storyline; young bodies just coming into their own, two growing children completely alone with no one to turn to.  It's a novel that can lead to some great conversation, based on the well-formed plot, one that's obviously attractive for filmmakers.

Problem is, when you bring that story to life you've got to infuse it with some talent & some vision.  Otherwise is falls completely flat, which is exactly what happened here.  The fascinating plot can only do so much before it runs out of juice, needing actors & directors to step up and carry it the rest of the way.  Unfortunately, Heather Graham, who plays Mother, couldn't play herself in a movie she wrote about her own life.  She might be the worst actress in history, at least among known names, exhibiting zero talent and absolutely no believability.  Every scene she was in felt stupid & amateur, which is actually pretty unfortunate, because everyone else held their own fairly well.  Ellen Burstyn was nasty & evil, playing the grandmother well.  And both Shipka & Dye as Cathy & Chris were solid, nice up-and-coming actors who did a fine job.  But they weren't given much to work with, with a watered-down script and badly-directed scenes.  The original story is a little wicked, a little wrong, but that's what makes it cool.  In this made-for-TV version, everything was tamed, nothing was impressive, and the movie failed to grab me. 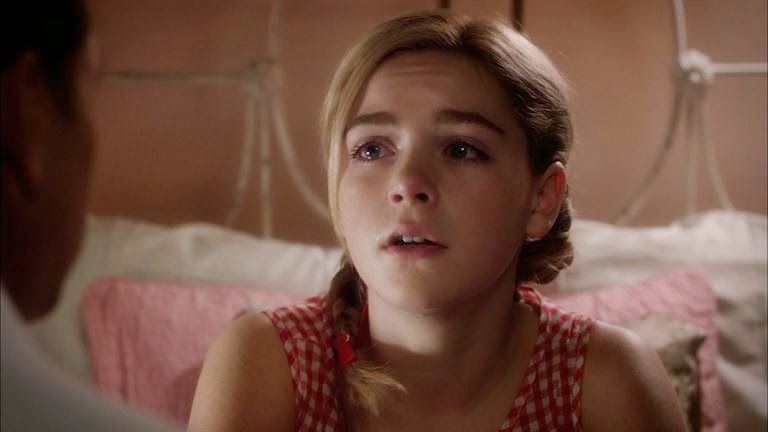 Video - With an aspect ratio of 1.78:1 (16:9 HD), the video was quite strong.  The film was shot using as Arri Alexa camera and the video quality is high.  The colors are well contrasted and the clarity is crisp.  The majority of the action takes place inside one room and an attic, so there aren't many opportunities to show off great camera work or perfect videography.

Audio - The DVD was done in Dolby Digital with your choice of English SDH subtitles.  There are no other audio options.  The sound quality is fine, with no noticeable flaws but no wow moments.  Again, a lack of action limits the number of times that the audio could possibly have been shown off.

Extras - There are only a couple extras on the disc.  A behind-the-scenes segment lasts twelve minutes and introduces us to the cast & crew with a variety of short interviews.  There are also five trailers: Cyberstalker, Night Train to Lisbon, Mad Men, Gimme Shelter, and In Secret. 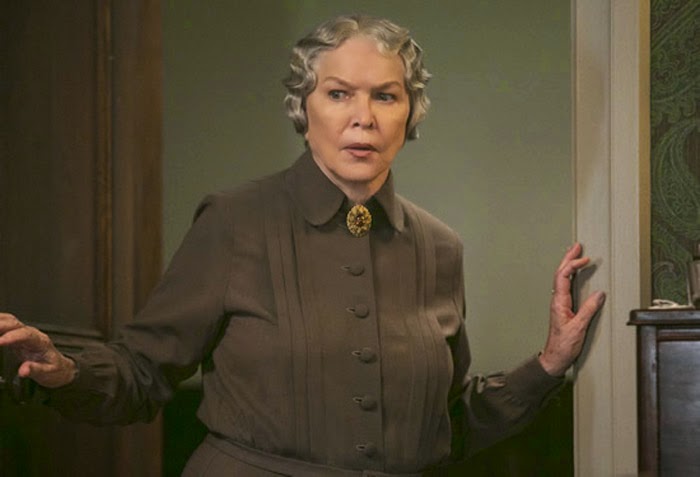 Skip It.  Flowers in the Attic is a mediocre book.  The first attempt at a movie wasn't very good and the second attempt was a little bit worse.  The main problem is Heather Graham, a terrible actress, but the direction of the scenes surrounding her didn't help much.  The other actors in the film were solid, but they couldn't save a semi-boring depiction of a quasi-interesting plot.  The video quality was high, the audio quality fine, and there were a few extras on the disc.  All in all, a movie you don't need to see.  Read the book if you're interested; it's short and an easy read.  Feel free to skip the film version.