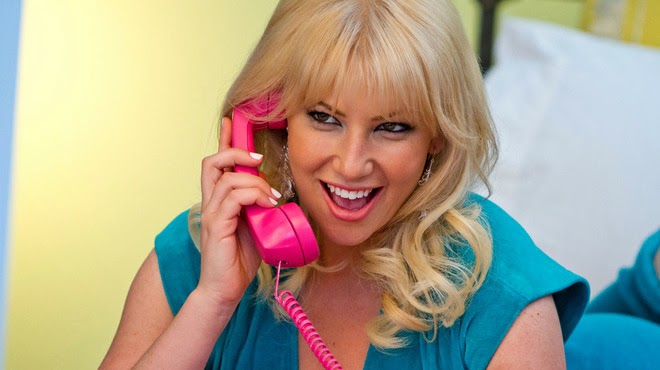 
Having just watched The Other Woman, you'd think I'd have had my fill of raunchy comedies starring bad actresses.  But like I said in my review, sometimes as audiences we're masochists, voluntarily watching movies that we know will be horrible out of some sort of morbid curiosity.  The irony is that The Other Woman cost millions to make, is a big hit in the theatre so far, and is one of the worst movies ever.  News flash; it doesn't cost a lot of money to make a crappy comedy.  Take this movie for example.  It didn't cost much, didn't do much, and is actually a bit more funny.  Not that it's great, it's still a throw-away film for the most part, but at least some of it is amusing and at least some of the actors are alright.  Not much of a rave review I guess, but you can't expect much from this genre; even the best ones are still pretty bad.  Maybe someday we'll stop watching them.

Lauren is a girl who's always had everything planned out.  Her career is on track, she has a pleasant boyfriend, her parents are rich, and the future is bright.  That is, until her boyfriend dumps her for being too boring and her dream job won't hire her because she's too perfect.  She's in a rut and in need of a change; enter Katie.  The two girls know each other from college, both need roomies, but can't stand to be in the same house together.  But they put aside their differences out of necessity, doing their best to get along.  And when they both find themselves in desperate need for cash, a strange partnership forms in a very unlikely industry; phone sex.  The two realize that there is money to be made hand over fist and they never even have to leave their apartment.  Lauren is the brains and Katie is the voice in a new venture that will bring them closer together in ways they never imagined.

For a stupid comedy about 1-900 numbers, it's not so bad.  The concept is actually pretty funny and the callers crack me up, with Seth Rogen & Kevin Smith making cameos as masturbators on the job.  The humor is irreverent and filthy, with a million dick jokes and a great deal of dirty talk.  So yeah it's adult, but it's all for the sake of a good laugh, there isn't even any nudity.  And some of the acting is pretty good, especially from Graynor and Long, quick lines that catch you off guard and make you giggle in spite of yourself.  But the movie as a whole isn't excellent.  Miller isn't a very good actress, in fact she's fairly terrible.  And since she's the lead that's pretty damning.  She's no worse than Cameron Diaz though, and she's actually a bit more believable.  The plot in general could probably only be totally appreciated by college girls who like to imagine that they're sexually free when they're anything but; a very narrow demographic.  By the end I had enjoyed more scenes than I had thought were total crap, which isn't saying much, but is still more than I could say about some.