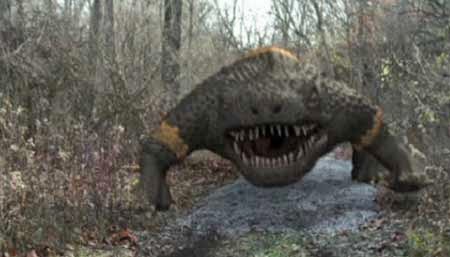 
Do yourself a favor and look up director Jim Wynorski on IMDB.  His filmography is a laundry list of raunchy late night comedies, soft core adult movies, and ridiculous creature features.  I guess if you're going to do it you might as well go all the way.  He definitely hasn't held back or pretended to be anything other than a director of b-film.  And at least you know what to expect when sitting down to see one of his projects.  Gila! is just another made-for-TV-movie that you know will be bad.  The question is, just how bad.  There are horrible movies and then there are awesomely horrible movies, and it actually takes a good bit of talent to pull of the latter.  Well, if anyone can make a wonderfully terrible film about a gigantic lizard, it would be Wynorski; he's definitely had enough experience. 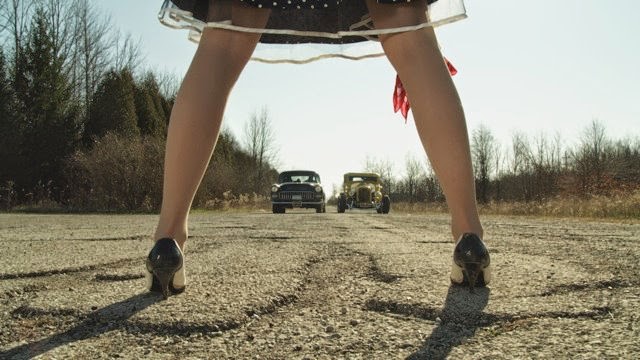 Read the back of the DVD case if you want to know exactly what happens in this movie, down to the final scene.  Not sure why they did that, but maybe it was to save time in case someone actually thought this was a serious film.  But if you don't want the ending spoiled, here's a less detailed breakdown.  Chase is a young man with a lot going for him.  He's likeable, has a great girl, a loving family, he's respected around town, and his hot rod is the fastest in the whole county.  His arch nemesis Waco has just returned to the area and can't seem to let the past go, challenging him to races, fights, and even getting their respective gals in the mix.  Looks like trouble is brewing and a showdown will inevitably occur.  That is, until something happens that makes their feud seem a little small when compared to a new, huge problem.

That problem is a giant Gila monster.  That's right, a mutant lizard that's terrorizing the town.  How it got to be so big so fast, no one seems to know, but it's here and it's dangerous.  First a young couple in love are taken out by the creature.  Then an elderly farm couple.  Some workers, a train, a few cars; things are getting out of hand and someone's got to step up and make things right.  And that someone is Chase, with the help of the local Sheriff and a stash of old weapons set aside by a paranoid veteran.  But even bombs can't seem to stop this creature, and without help Chase & the Sheriff are bound to fail.  Can the town rally together in time, and will Waco help out his old enemy?  Can anything stop the Gila?! 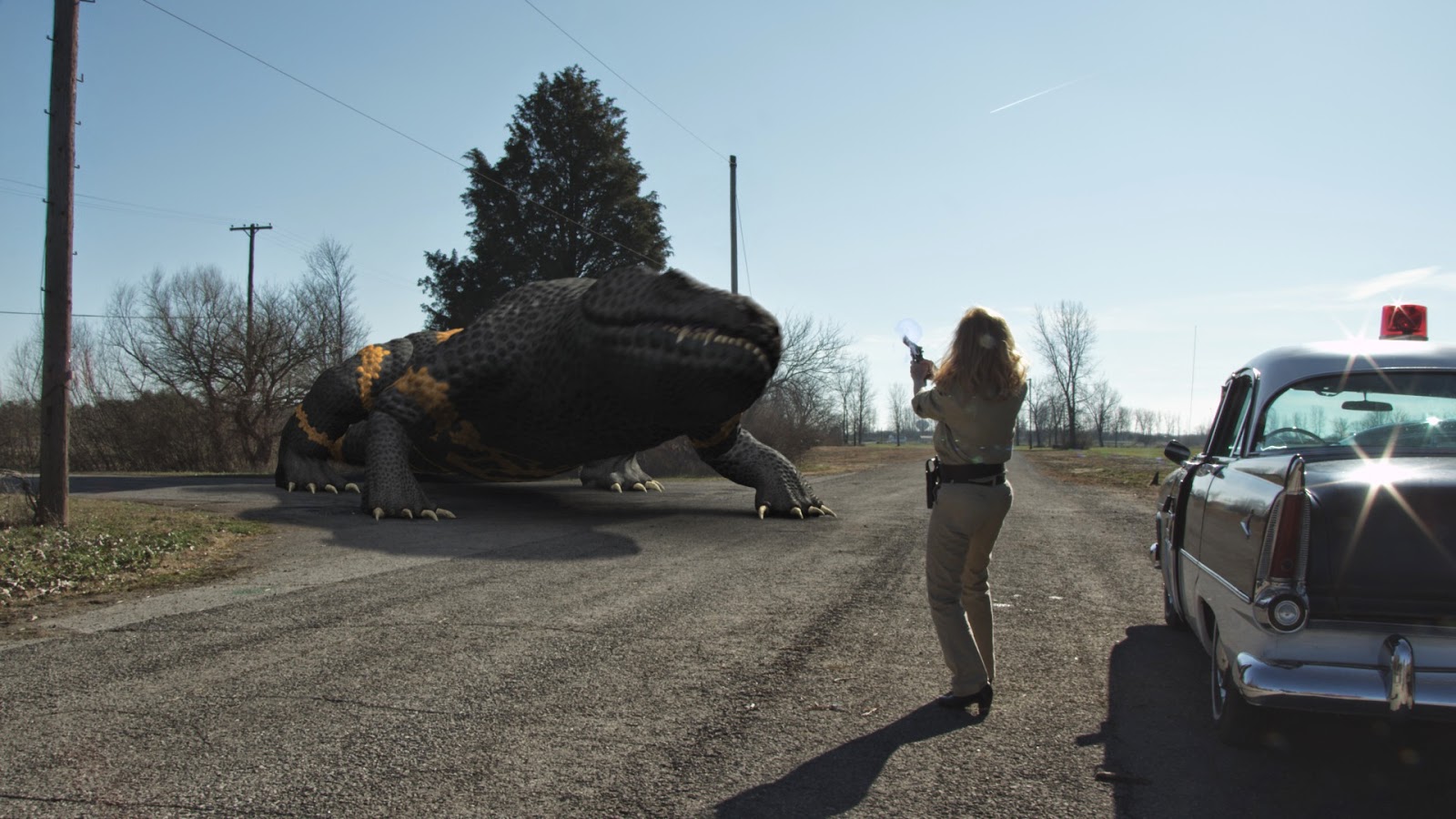 At least you know what you're getting into when you sit down to watch this movie.  It really is hilarious to read through the titles of the director's other films: Body Chemistry 4, Crash Point Zero, Cheerleader Massacre, Busty Cops, The Witches of Breastwick, The Da Vinci Coed, Monster Cruise, Pleasure Spa.  Part of me wants to watch every single one, part of me wants to run away screaming.  But there's something to be said for owning your style, for accepting the fact that your films aren't going to win Oscars, that they're going to have blood, boobs, blobs, and bad acting.  Knowing what you're getting is a good feeling for an audience member too, it allows you to just have fun without having to invest too much of your energy.  Gila! is definitely a throw-away movie, but that doesn't mean that it's awful.  It's a good representation of a genre and a style that this director has perfected; a late-night creature feature that never tries to be anything more.

That said, I've seen better.  First off, it's set in the 50s and is a remake of the 1959 The Giant Gila Monster.  So that's cool, a throw-back to the old style, but they only got it half right.  Sometimes the extras are dressed in modern clothes and it always seems like a high school set that someone who didn't even live during the 50s designed.  It's part homage, part spoof, a mix of silly & serious that could have been much more solidified.  The characters are pretty strong; over-dramatic acting and farcical action.  But there wasn't enough gore or nudity or over-the-top elements to be an excellent b-movie.  Maybe they were trying to copy the original more than they were going for a late night romp, but the latter is what I would have enjoyed more.  I'd like to go back and watch the first film to see how this one compared, and I bet it did an OK job.  But it just wasn't the best bad movie I've seen.  Fans of the genre will enjoy it, as will fans of the original, but don't expect too much.  It's an alright attempt at horrible comedy, falling right in between funny & classic, ending up as a safe & forgettable horror flick that is only slightly fun to watch. 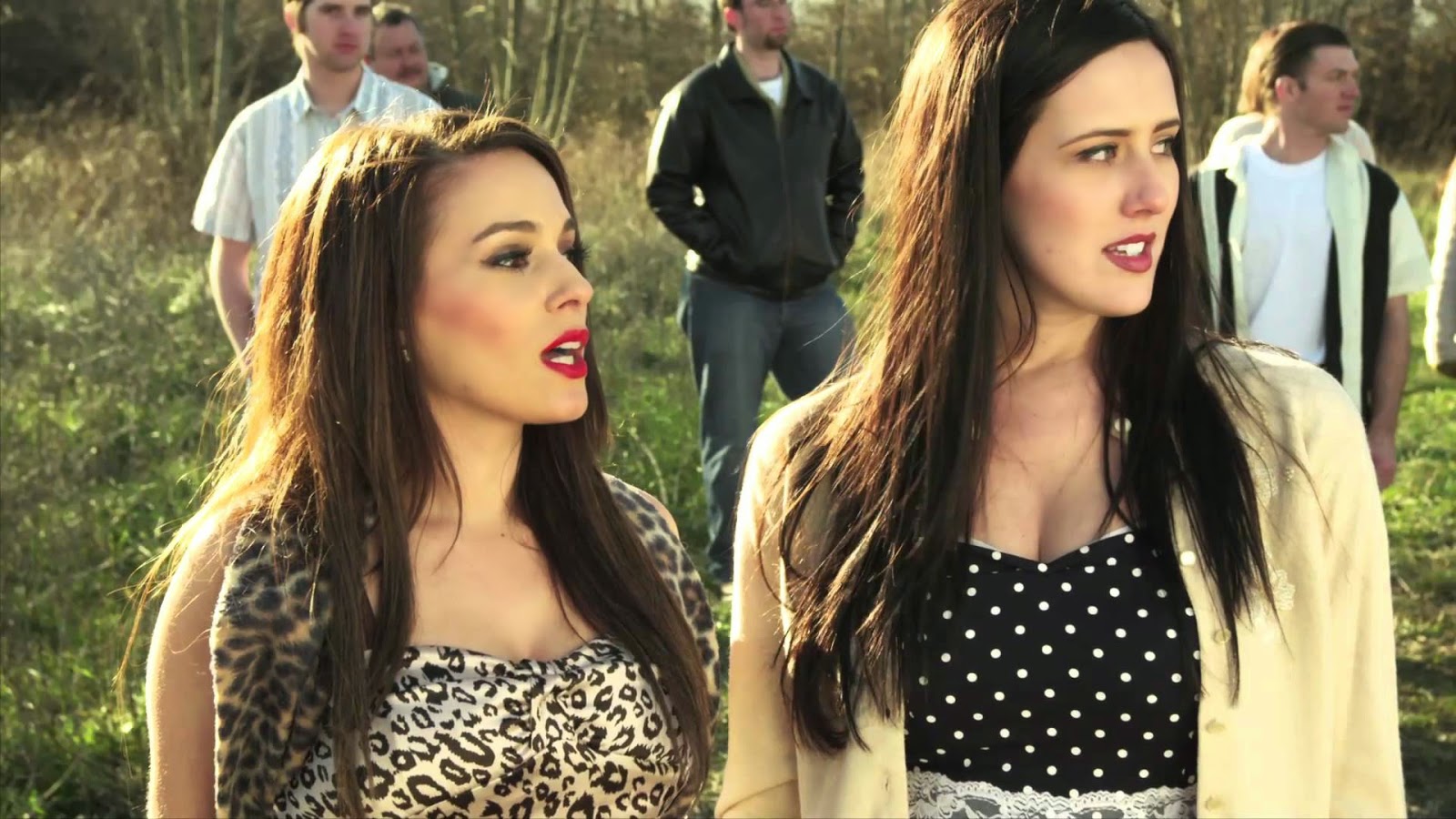 Video - With an aspect ratio of 1.78:1, the video is actually pretty poor.  Not only does the Gila monster look a little bit ridiculous, but the picture quality just isn't that great.  The effects are silly, the monster never looks like it's actually there, and the visuals aren't impressive.

Audio - The film was done is Dolby Digital.  There are no sound options or language options on the disc, and the audio quality is only OK.  They do try hard to add in 50s radio music, but it comes across as a little forced and out of place.

Extras - There are quite a few extras on the DVD.  There is a 6-minute-long slideshow with stills from the film.  There is a summary of the original film, The Giant Gila Monster.  It looks like the two movies follow the same plot almost exactly.  Cast And Crew is a listing of credits.  There is a trailer for the original film, and one for the remake.  There are also lyrics to a song that the characters sing at the end of the film called The Mushroom Song.  And lastly, a two-paragraph essay on the golden age of the drive-in. 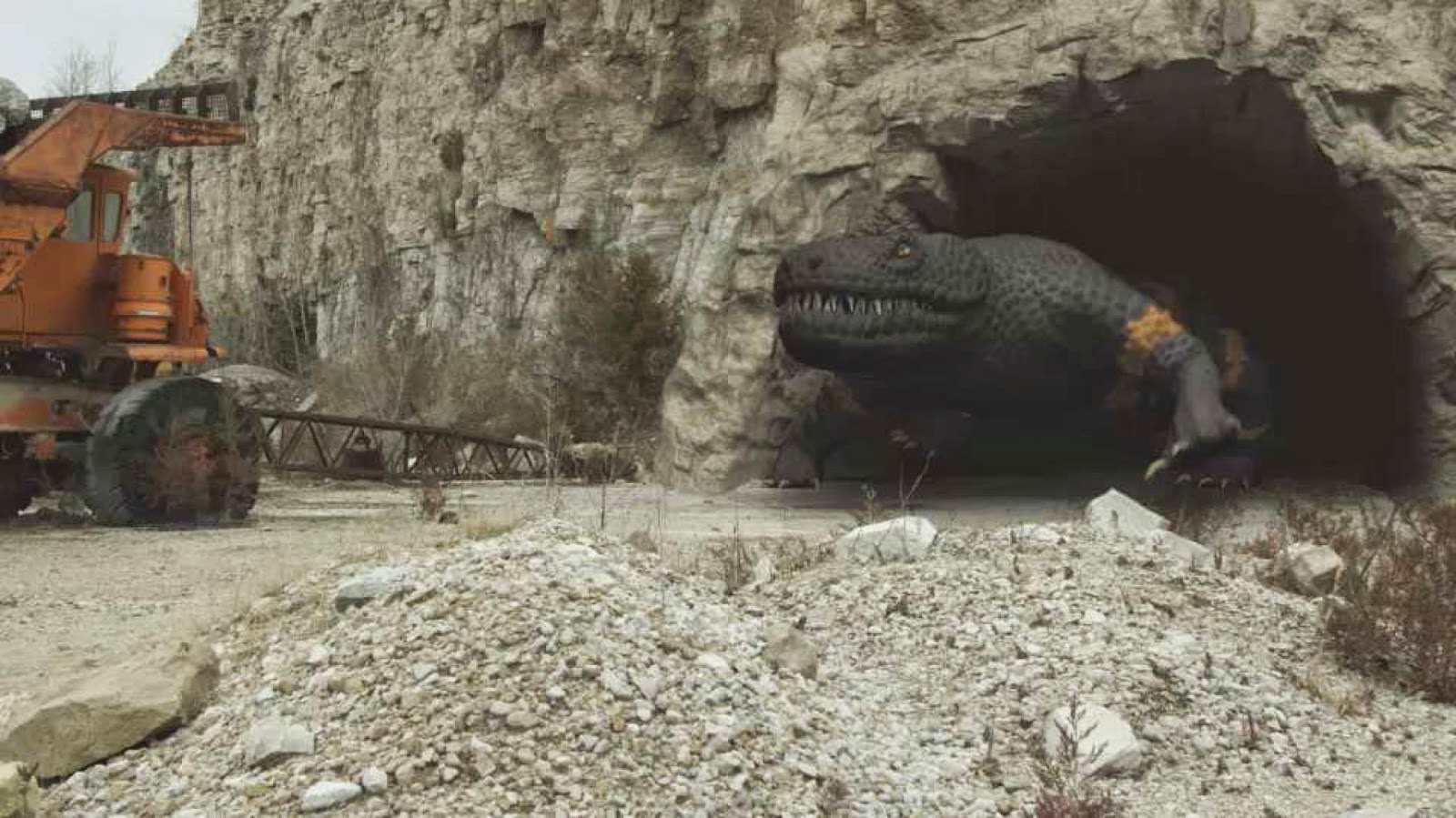 Rent It.  Gila! is a ridiculous remake, a film that fails to be a wonderful b-movie but also can't be called serious.  It's a throwaway throwback, but that's not to say that it's all awful.  The love for old cinema is apparent, but unfortunately so is the lack of any budget or good acting.  You'd better love the genre, otherwise this will be 90 minutes of torture.  The video isn't great, the audio isn't either, but there are a good many extras on the disc.  Don't watch this film looking for a late-night comedy romp; it's more of a homage to the old style.  Too bad that style doesn't exactly translate to today, leaving Gila! as a mediocre attempt.