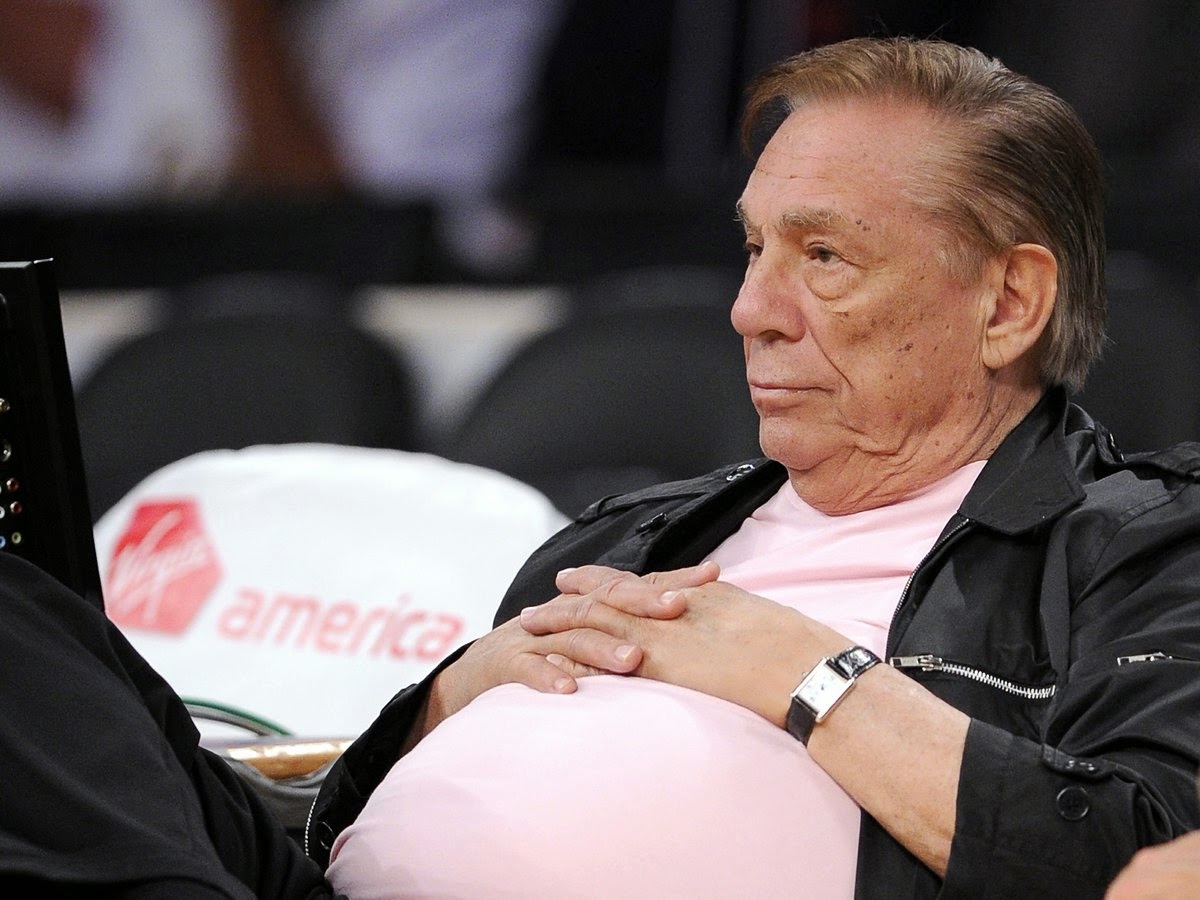 If you follow the world of sports, watch ESPN, or listen to sports radio, you've heard about Donald Sterling.  For the full story check out this article, but here's a little summary just in case you haven't heard.  Apparently Sterling, the owner of the L.A. Clippers NBA team, was recorded telling his girlfriend not to bring any black people around.  This isn't the first time Sterling has been linked to racist and/or sexist remarks, but this is the first time it was caught on tape.  When the recording was leaked, NBA players and fans called for immediate action from Commissioner Adam Silver, which he quickly delivered.  Silver banned Sterling for life from the sport, prohibiting him from attending any Clippers games, practices, or events.  He also fined him $2.5 million which will be donated to local charities that specialize in cultural & ethnic diversity.  And last but not least, the board of NBA owners will be asked to vote that Sterling be forced to sell his team, an action that is believed to be supported by all other owners and should pass easily.  So, in essence, Sterling has been exiled from the sport, fined a large amount of money, and forced to abandon his franchise.  Swift and harsh penalties to be sure, representing the maximum punishments that the league can lawfully dole out.

Now, the controversy begins.  The two extreme sides of the argument over this issue are as follows; one side believes that Sterling should have been evicted long ago, that the NBA has done nothing until their own reputation & money took a hit, that this was too long in coming.  The other side, led by Fox News, claims that Sterling was only exercising his right to free speech, that taking away his freedom in this manner is a slippery slope towards other injustices.  And as usual, the majority believe something in the middle, that this man crossed the line, that his punishment is fair, and that the Commissioner got it right.

Whatever side you lean towards, or whether you are in the middle, one this is certain; this is about money.  Remember the Duck Dynasty fiasco?  Some bearded man says gay people are going to hell, gets fired, and everyone flips out.  That was seen as a social issue, but it never was.  It was a business move, firing an unpopular figure so that the company that employed him wouldn't lose sponsorship revenue, ad money, ratings points.  Corporations have to follow the passions of the populace, that's the way they make a profit.  So if our country is currently pro equal rights, you can't publicly express your views to the contrary without repercussions.  Basically, you can't make your employer look like they support your unpopular beliefs; they don't want that kind of negative publicity, they'd rather just fire you.

And that's what happened here.  As soon as Sterling's comments became public, his attitude reflected badly on the NBA.  Sponsors bailed within days, fans talked about not coming to Clippers playoff games, and there were quickly rumors that the players themselves wouldn't play for a man who held those opinions, that a strike was a very real possibility.  So what does the Commish do?  Levy the heaviest fine he can, ban the man from the league, vow to do all he can to make Sterling sell his team.  That was Silver's only option here.  The NBA's money was in danger, there reputation was taking a hit, and they couldn't allow someone to remain in there club who held beliefs that insulted a huge number of their players & fans.

We can call this a social issue if you like, because it does reflect the direction that our country is moving in, a path toward complete respect for diversity & the annihilation of racism.  But while those are great things, we shouldn't view Adam Silver and the NBA as magnanimous heroes that stood up to bigotry and slammed it down.  What they did was in their best interest first, a humanitarian issue second.  What would they have done had the majority of sponsors supported Sterling's comments and vowed to leave if he was punished?  We'll never know because that's not where our nation is right now and that's not what happened.  But you can be sure that rich men will always protect their money.  If they can do that while looking like saints, they gladly will.
Posted by Olie Coen at 11:16 AM