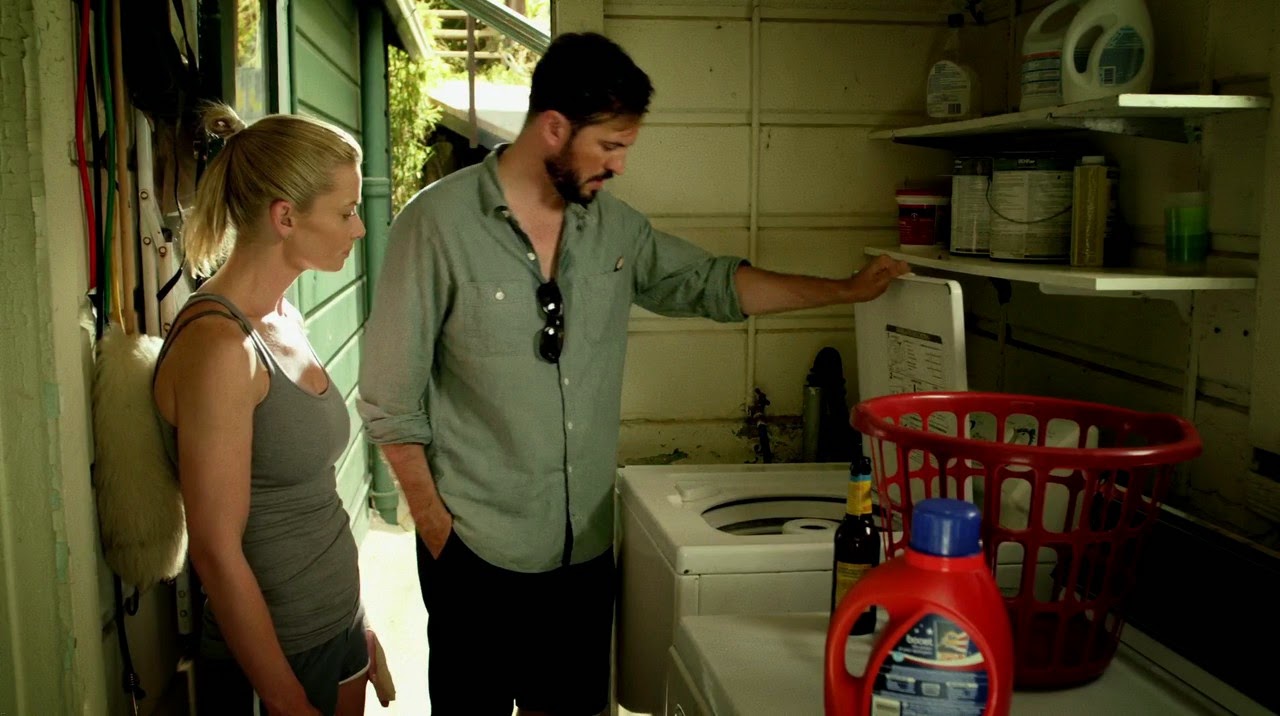 
These stills are literally the most exciting parts of this film.  I'm actually enjoying looking at them more than I enjoyed watching the actual movie.  But I don't think that's the way it's supposed to work.  After all, didn't they have audiences in mind when they went to make this?  Weren't they at all concerned with how we'd relate to this story?  Shouldn't someone have thought this through?  Making the Rules is a film that failed on every level and was a lost cause from the very first emotionless scene.  It can barely be called cinema, as it never resembles an artistic medium of any kind, floundering along for less than eighty minutes, though it felt like a lifetime.  As soon as the final credits rolled I began comparing it to the worst movies I'd ever seen to see where it would fit; a bad sign and assumedly not what the filmmakers were going for. 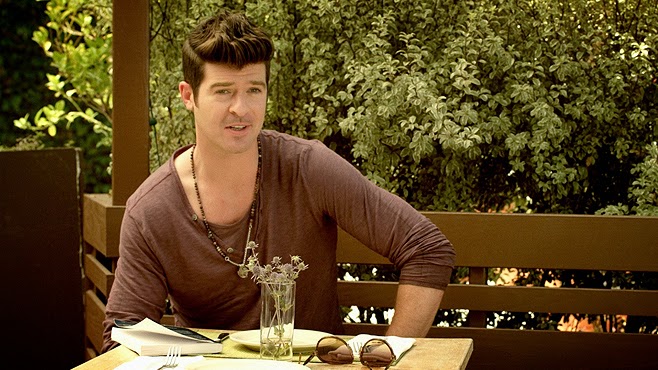 In this "romantic drama", Jamie Pressly plays Abby, an up-and-coming chef on the brink of her dream job in a fancy L.A. restaurant.  She loves her career and has worked for years to advance herself, putting off other dreams in order to make work work.  Her husband Matt, played by Tygh Runyan, has been patient so far.  He's a soft-spoken carpenter who loves Abby with all his heart.  He wants her to slow down, get pregnant, and help start their family.  But her ambition drives her too hard to focus on more than her restaurant, leaving her & Matt's relationship in a state of mild dysfunction.  Something needs to change to jump start their lives, to keep their love fresh, and to drive them toward a happy future.

That something is not either of the events that occur at the beginning of one particularly hot summer.  First, Abby cuts herself badly at work one evening, leading to a trip to the hospital.  The diagnosis; a bandage for months, rest at home, and definitely no work.  Her position at the restaurant is lost, and with it goes all the hard work she's put in over the years.  Depressed and stir crazy, Abby is ripe to react to the second coincidental event of the season; a chance run-in with her ex-boyfriend Shaun, brought to you by Robin Thicke.  He was the love of her life, but a man who wasn't ready to commit to a marriage and family.  Abby's feelings her Shaun have never really gone away, and his appearance just confuses her, creating a difficult choice between her stable life and the adventure she could embark upon so easily. 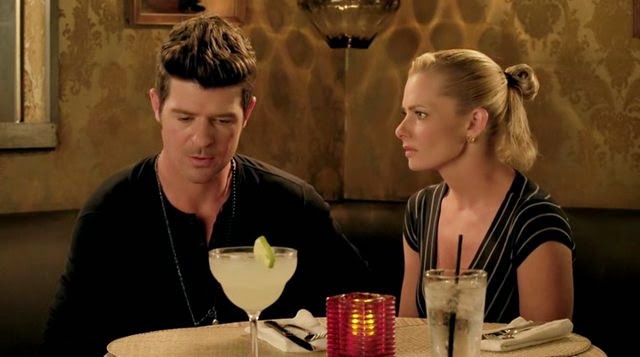 Work on this film should have been halted at the first production meeting.  The concept alone should have been enough to force a cancellation.  Someone somewhere should have put a stop to this before it became a "film".  It's just the worst drama that has ever been played out before my eyes, a continuous barrage of god-awful scenes that seem to be battling each other for the title of King Crap.  Every scene at the restaurant comes off as amateur hour, every conversation between Abby & Matt holds the emotional believability of a middle-school love letter,  every tense moment only builds drama because I may or may not be able to keep myself from turning off the television.  I can't remember holding my head and moaning during a movie this much since Sharknado.  At least that sorry excuse for entertainment was meant to be stupid; this one was supposed to be good.

I guess the one good thing the director did with this film was to let the actors carry the film.  Well, in theory that's good, and in theory I respect that.  Too bad every actor was horrendous and couldn't carry a scene if it were handed to them on a platter.  Pressly was at her very worst as Abby, bringing zero honesty to a role that could have been at least moderately interesting.  She was always obviously acting, never invested, constantly annoying me rather than convincing me to care.  Runyan was slightly better; as least he came off as pathetic & sad, which his character kinda was.  I might have hated him, but at least I think he was able to act a little; something that can't be said about his counterpart.  But the icing on the cake was Robin Thicke.  You know him, he's that singer guy who's never been in a movie before.  And could you tell?  Yes you could.  He was exactly as good as you'd imagine, and by that I mean the worst you've ever seen.  At least he wasn't over the top like Joey Lauren Adams (sorry Amy, I'll always love you), but instead he was as flat as a sheet of paper.  He & Pressly had no chemistry, no one in the entire film was able to capture a convincing moment, and Making the Rules will forever be cemented in my brain as a complete waste of space. 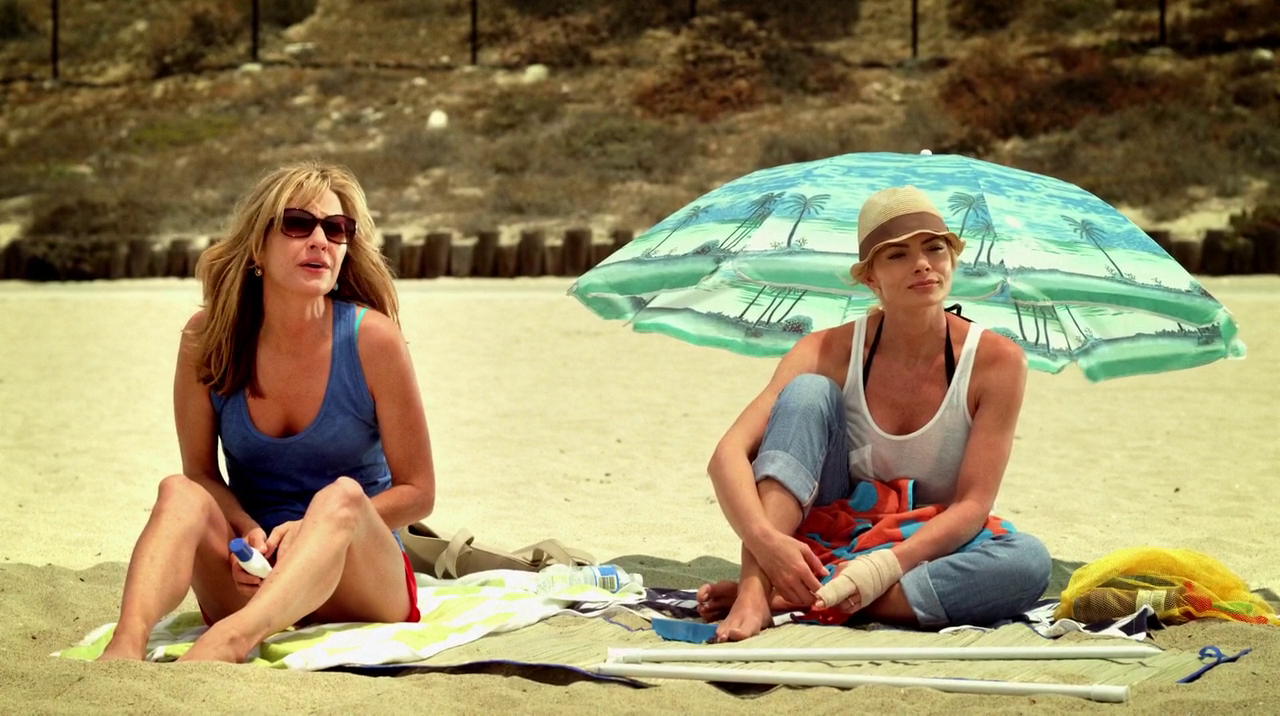 Video - With an aspect ratio of 1.85:1, the video might be the strongest part of the film.  Every scene is crisp & well-colored, with a very strong summer feel, where you can almost touch the heat.  The picture quality is great and it really conveys California.

Audio - The DVD was done in Dolby Digital and carries as option for English or Spanish subtitles.  The sound quality is fine, a "sure, whatever" type of production, neither horrible or wonderful.  There are no balancing issues, but no opportunities to show off any good audio.

Extras - There are a few extras on the disc.  A minute-long deleted scene showcases more of Pressly & Thicke's uncomfortable love story.  A two-minute-long extended scene gives us even more.  There is an interview with writer/director Jimbo Lee; thirteen minute question & answer.  And there are five trailers: Making the Rules, American Idiots, House Arrest, Mobius, and Collision. 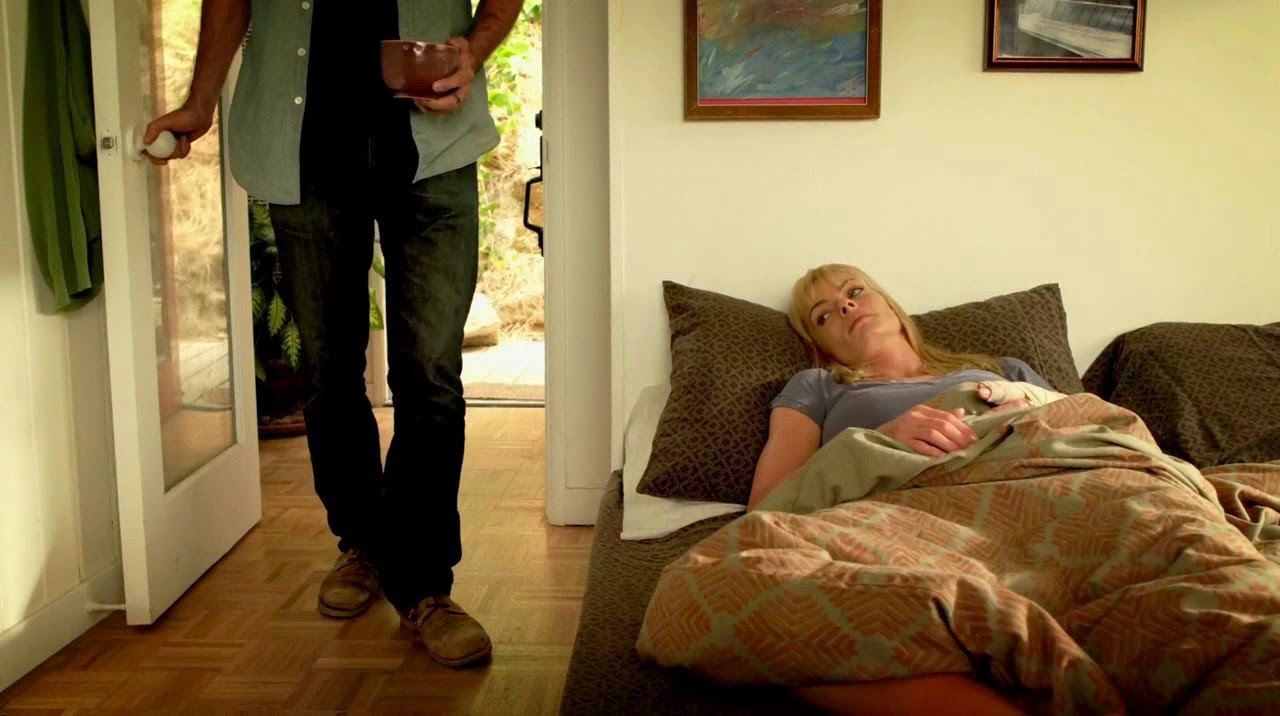 Skip It.  It's not just bad, it's awful.  It's a film in which every little detail went wrong and/or was never going to be right.  The story is awful, the pace is slow, and the acting is some of the worst you'll ever see.  Robin Thicke should stick to crappy music; at least some people appreciate that.  I don't know who could possibly appreciate or enjoy this film.  The video and audio are fine, there are a good many extras, but the movie itself is literally unbearably bad.  It's going into my Bottom Ten list with some pretty sordid company and I don't see it getting beaten out any time soon.