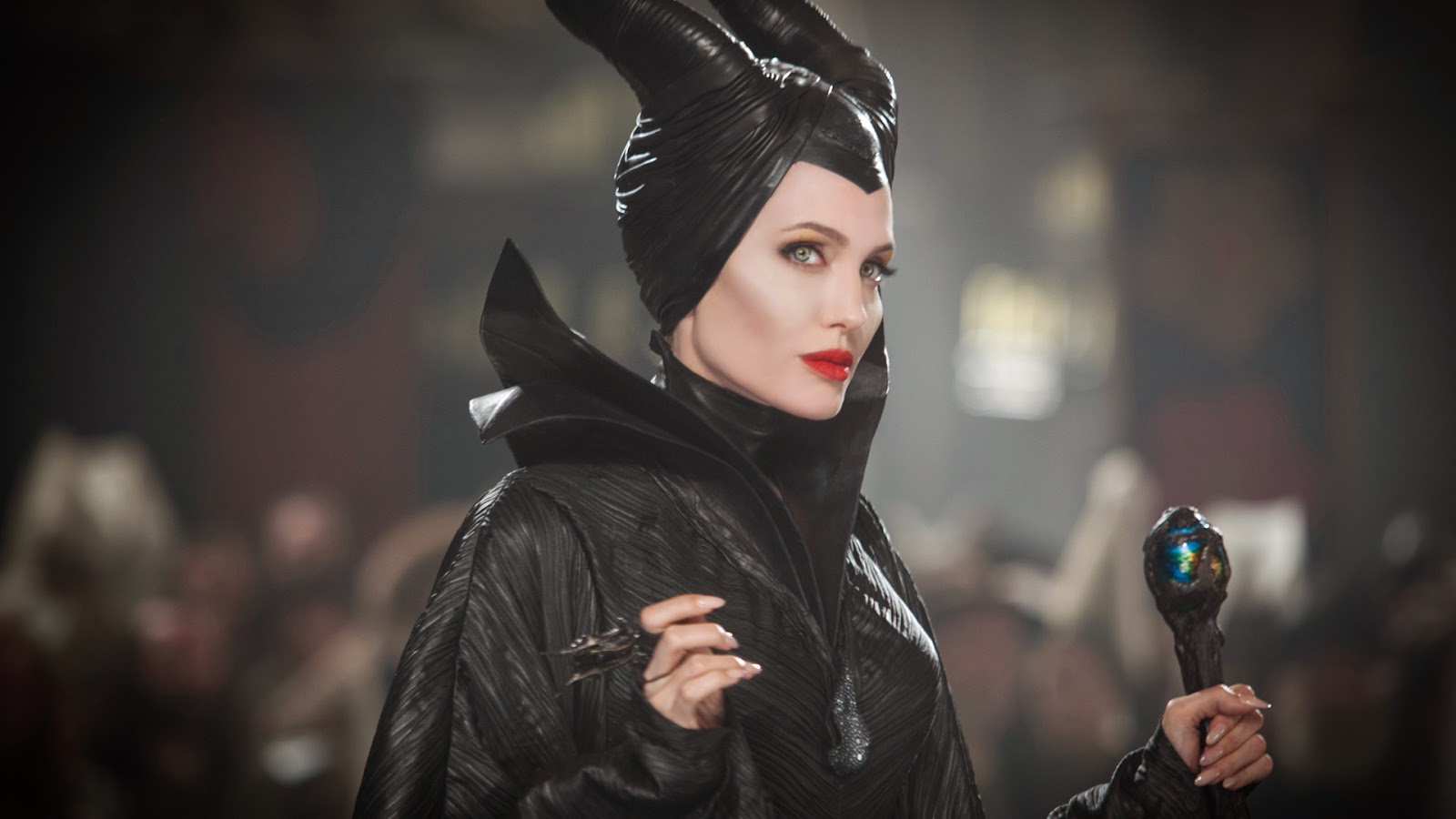 
By making the title of the film Maleficent, Disney let audiences know from the start that the movie would be about the villain, not the princess.  They were basically telling us that it would be a Wicked ripoff without the music, a "true story" version of a classic.  But what they should have called it was Jolie, as Angelina was the star, the vehicle, and probably the power behind the throne, so to speak.  So coming in, you had better solidify your opinion of this unique actress; you'll be seeing her face and her influence from start to finish.  Unfortunately, I can't stand her.  Her earlier roles were powerful because she has so much natural angst, and by angst I mean emotional problems.  But she's no longer that dark girl, she's a woman with serious issues that she can't keep out of her characters, showing too much uncomfortable reality for my taste.  Anyway, I don't like her, and so found myself challenged to enjoy the movie.  I did marginally, so credit to the project as a whole, but I'll never love Ms. Jolie and I'll never call this version wonderful.

Apparently, what we don't know about this well-known tale could fill volumes, but thankfully this story will fill us in on the sordid background of the infamous evil fairy.  Maleficent wasn't always bad.  She grew up a normal, winged, magic-wielding creature in a land filled with the beautiful & unbelievable.  The humans who lived in the kingdom next door never trusted the fairies, and when an old king decided to wage war events were set into motion that would change the world.  Maleficent became the queen of the magical creatures, defended them well, but was betrayed by a man she thought loved her.  In revenge, she cursed his family, bringing about the events we know so well; the burning of the spinning wheels, the hiding of Aurora, the three silly woodswomen.  But Maleficent's heart was never frozen, love for the beauty of the world always dwelt there beneath the anger, and she would live to regret the curse she so rashly cast. 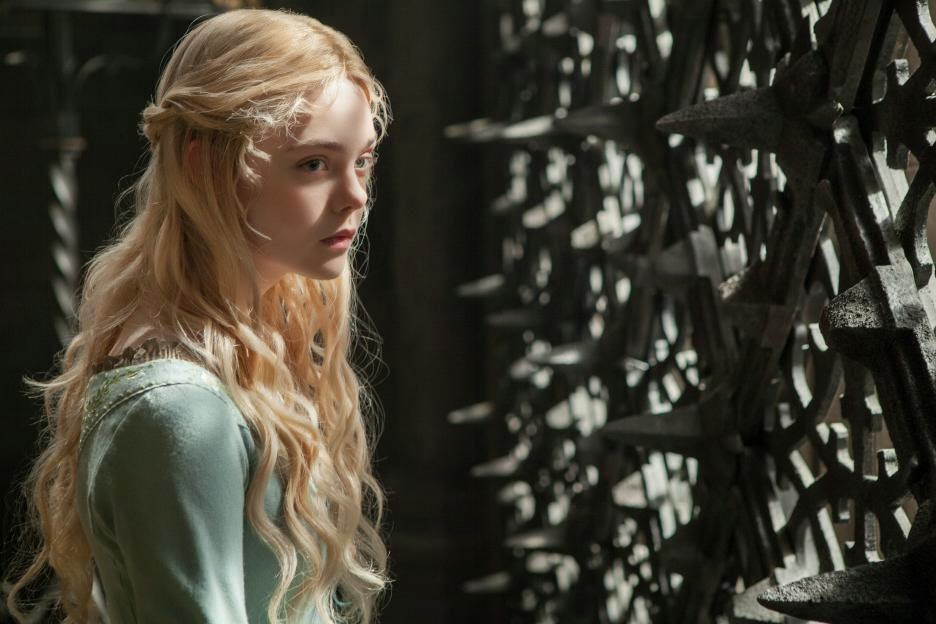 You can throw Sleeping Beauty out the window; this is not your childhood fairy tale.  It has a lot of the same elements of course, and the characters are the same, but there are more differences than there are similarities.  For one, the point of view is always Maleficent's, she is the lead, playing both hero & villain at the same time.  It's her we're supposed to relate to I guess, supposed to cheer for in the end, something I was surprised by.  Not that the idea of a multifaceted character is unique, nor is the concept of evil having a heartbreaking back story, but I didn't expect Maleficent to be the entire film.  But like I said before, that was the title, I just didn't know it would be so literal.  And perhaps therein lies the problem; the film was literally about Maleficent, was obviously "poignant", was never touched lightly with meaning.  It was more of a bludgeoning than an awareness, when I could have used a little less.  We could blame Stromberg as the director for his heavy-handed storyline; he is an amateur after all, this being his debut.  But the movie seemed out of his control, not really his project, not fueled by his voice.  It was Angelina's movie.

Now, of course I don't know what went on behind the scenes, who had what control.  But Jolie was the face of the film, the only character who really mattered, and I doubt she sat meekly by as the director told her what to do.  After all, she's directed more movies than Stromberg has, and I felt her touch on this one.  And it wasn't all bad, don't get me wrong, I just don't like her or her vision.  As a whole the film was too obvious, hovering between juvenile & adult, never taking the time to create something incredible.  But some of the pieces were quite good.  The look of the film was pretty awesome, with a Pan's Labyrinth feel that I enjoyed.  I really liked Sam Riley in a small role, as well as Elle Fanning as the completely one note, overly happy, kinda stupid Aurora.  They did their jobs, as did the three silly fairies, and the story was quickly constructed and simply ended.  So, not to go back & forth, but there were positives & highly entertaining moments.  The trouble is they were overshadowed by things I inanely didn't like, namely Angelina Jolie.  I was never rooting for her to find happiness, never sympathizing with her character, and never enjoying the way her angular face looked out at me from across the theatre.  That might be a Me Issue, but the film became about her in a way that felt burdensome and forced, becoming something I didn't expect and wouldn't have chosen.  Some of the parts were solid, a few of the lines were funny, and I'll always love the story of Sleeping Beauty, however its produced.  But Maleficent isn't an amazing film.  That doesn't mean it can't be enjoyed, but you'd better not sit down expecting greatness. 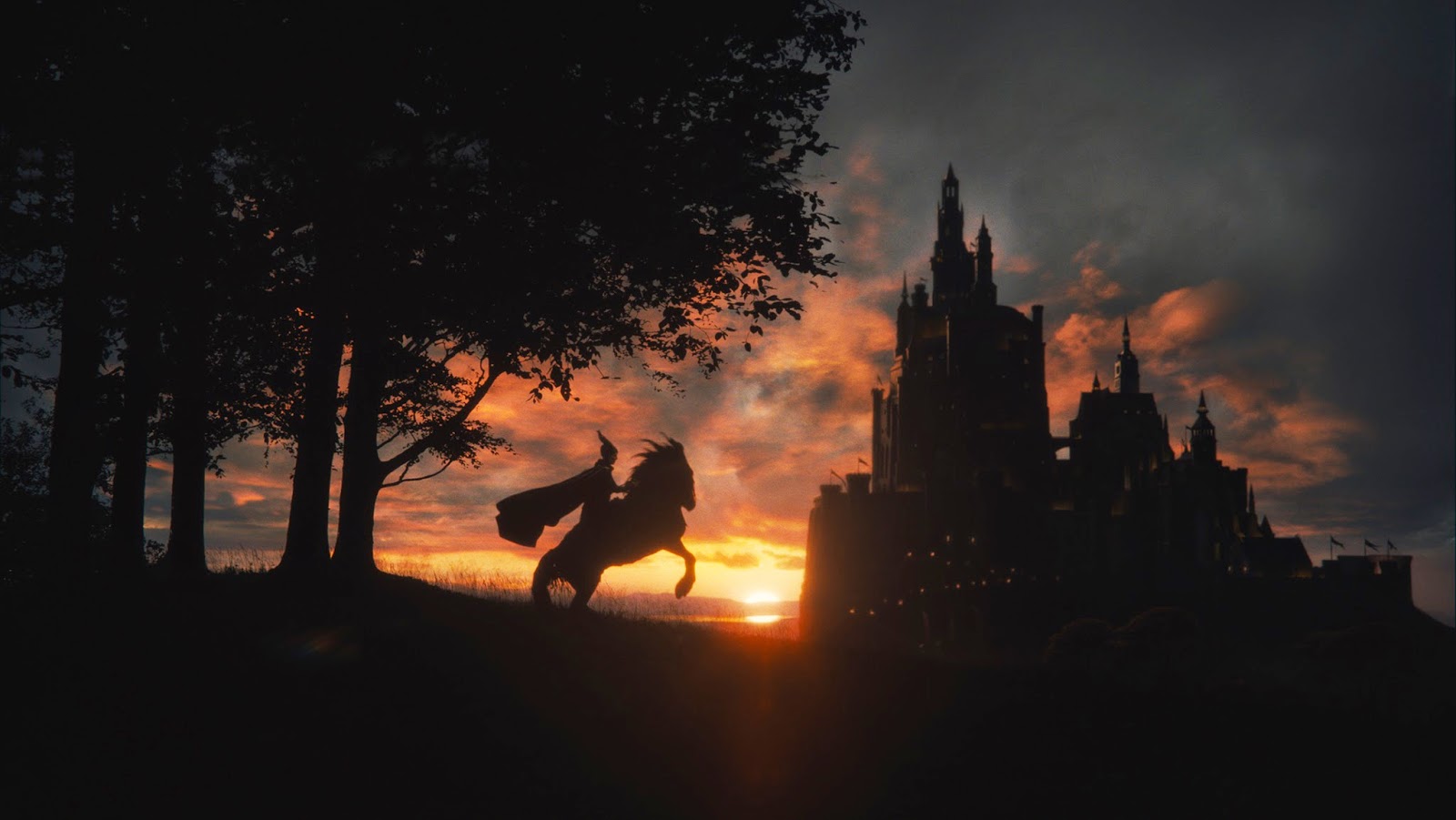