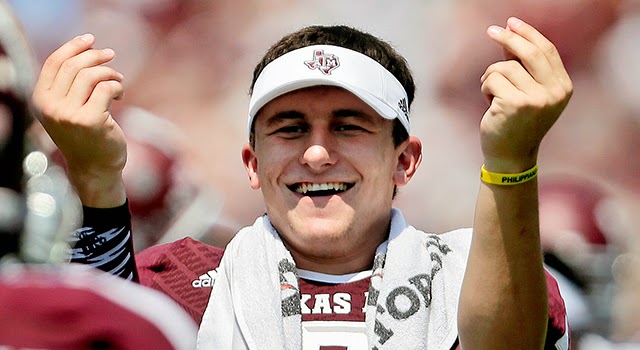 Everyone has an opinion of Johnny Manziel.  The Texas A&M quarterback is a polarizing figure, lighting up the scoreboard on Saturdays and getting on our nerves the rest of the week.  His cocky money gesture (pictured above), problems at camps, his partying ways.  Johnny Football has made waves with his play and with his attitude, and now he brings his game to the NFL.  After being selected by the Cleveland Browns, questions immediately begin to rise: is he tall enough to be a pro QB, can his off-the-field issues be put aside, will his style translate to Sundays, should he start Week 1, are the Brownies the right team for him.  The list goes on & on; it seems as if there are more concerns than certainties, leading some to believe that he's neither a 1st Round QB nor a future star.  Here are my thoughts on Johnny Manziel. 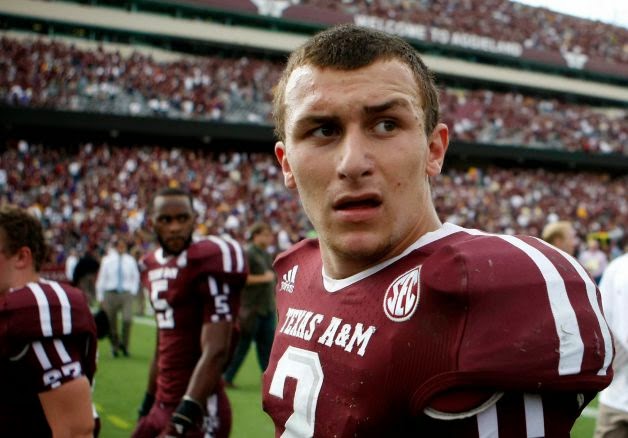 I tend to give winners the benefit of the doubt.  Tim Tebow, Kellen Moore; these guys were winners in college and were natural leaders.  They, like Manziel, had their doubters when it came to their NFL readiness.  Accuracy, height, pro competition; these things matter but sometimes winning impresses us enough to put these things aside.  So when I imagine what Johnny will accomplish in the NFL, I look back at other great athletes who shone in college but fizzled in the pros.  We all know what happened to Tim Tebow, who's now out of the league.  And Kellen Moore is a backup in Detroit, having never played a game and always barely escaping a roster cut.  Tebow & Moore were unquestionably excellent in college but raised a ton of doubts when entering the Draft.  How is Manziel any different? 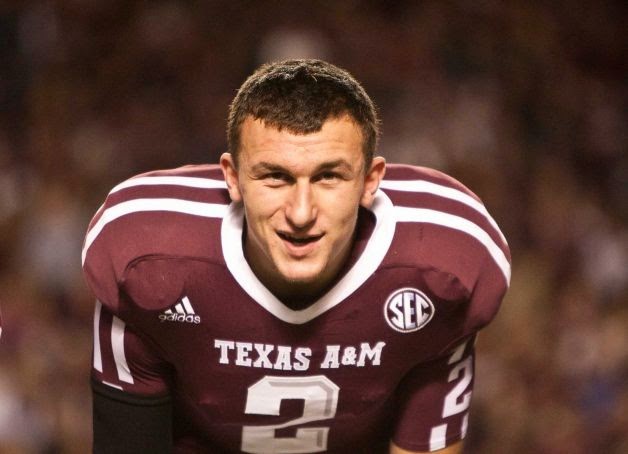 I'm starting to think he's not.  I've grown tired of rooting for scrappy college guys and failing to see them for what they really are; great athletes that are simply not good enough to be great NFL QBs.  Not everyone is Andrew Luck, a perfect specimen physically, mentally, and schematically.  Some guys are Kellen Moore, a talented player whose game isn't going to be as successful in the big leagues.  So I guess I'll have to side with the doubters in saying that Johnny Manziel is not going to become an elite player, that his low height & weight, his sandlot style, his off-putting personality, these things are going to keep him from greatness. 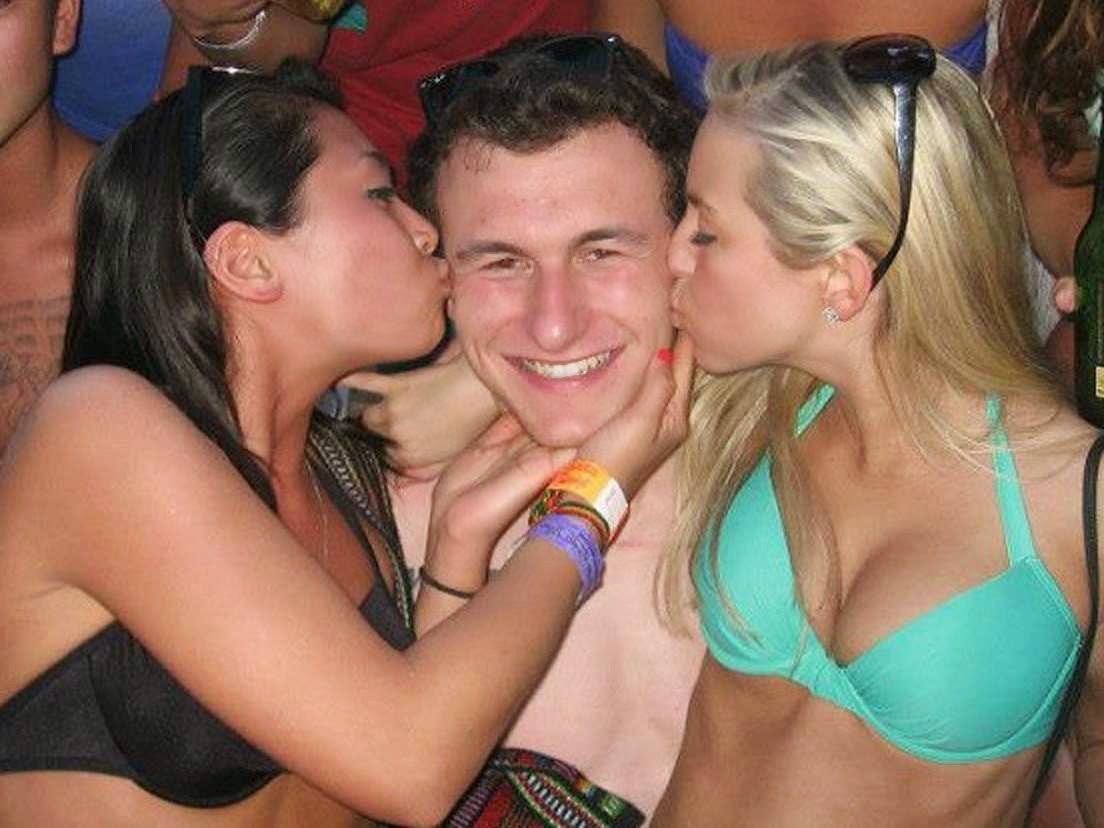 The off-the-field stuff, the partying, the girls, the alcohol, the pressures of fame, that stuff doesn't bother me.  Manziel is just a kid, a cocky kid who got too big too fast and let it go to his head.  He's about to make a ton of money, so many people are constantly stroking his ego, and it'd be ridiculous to judge him too harshly on his immature actions.  He is often juvenile, he is sometimes unlikeable, but are your favorite players any different?  We can hope that his demeanor calms down a bit once he enters into the NFL workplace, but that's still to be seen.  Either way, nothing he has done away from the game is a big enough red flag to warrant not having him on your roster.  Will he have a strong presence on the field, that's the bigger question, will he be a respected leader who can rally a losing team and score the game-winning touchdown. 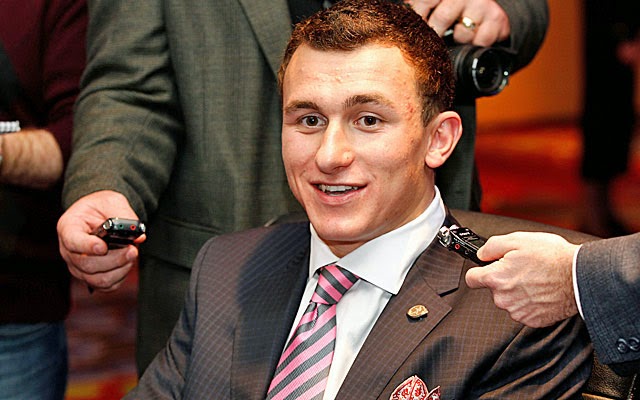 Ultimately, I think Manziel fails to be an elite QB.  I think Cleveland is a black hole, although I also think they're doing the right thing in not throwing him to the wolves right way.  He'll sit at the beginning of the year, he'll probably play at some point this season, and he'll probably do a mediocre job.  He's a winner after all, a competitor who can make something out of nothing.  But I think that has been proven to not be enough.  He needs more, like a shotgun arm, lighting speed, incredible height, or a genius brain.  Johnny doesn't have those things.  He's an exciting player, a lay-it-all-on-the-line kind of guy, but I'm tired of believing that that's enough. 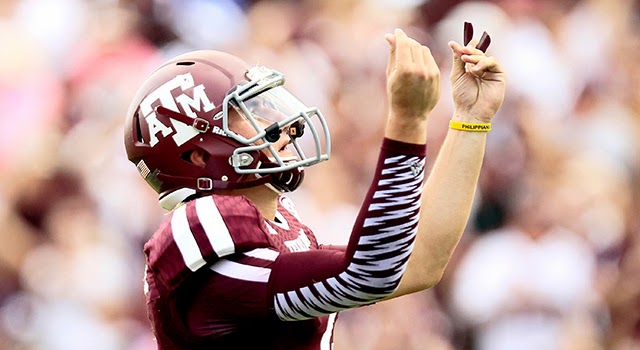