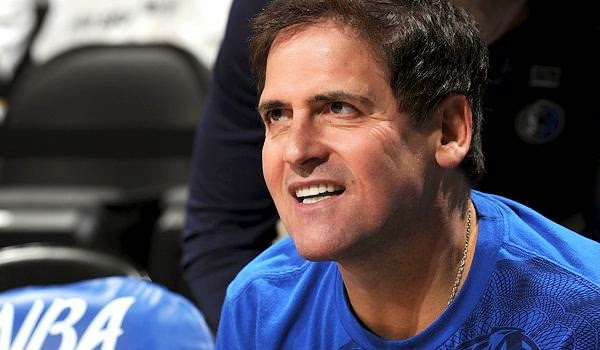 If you follow the NBA, two headlines have been dominating, apart from the actual Playoffs.  One is the Donald Sterling case, which you can read about here, and the other is the recent interview Mark Cuban did with Inc.  Cuban is owner of the Dallas Mavericks & the co-host of Shark Tank, and he has some interesting thoughts on the topics of Sterling and racism.  You can check out the interview here, but let me sum up.  Basically, Cuban claims that we all have prejudices, that we all judge others by their appearance, and that our hidden fears often drive our visible actions.  He says he lives in a glass house and wouldn't be the first person to throw bricks at someone else who may have said the wrong thing.  He goes on to mention his fears of young black men in hoodies and young white men with tattooed faces, claiming that we all have similar prejudices, that we need to understand that fact instead of immediately hating others for their unpopular opinions.

First off, what he said isn't really that incredible.  That concept in being taught in sensitivity trainings all over the country, the idea that we all have certain stereotypes & judgements and that it's better to acknowledge those than it is to hide them.  I don't think many people would argue against the validity of what he said; we do all have prejudices, even if they are small or don't affect how we treat others.  Problems arise when individuals let these thoughts govern how they view others, how they interact with others, turning ingrained social concepts into hurtful & racist actions.  So really, you can read Cuban's opinion in text books in high schools and colleges everywhere; it's not that groundbreaking.

The trouble is, he used specific examples of the things that "scare" him, and one of them was too reminiscent of Trayvon Martin.  That's still a sensitive subject for a lot of people, and it's not great business to tell the world that you get nervous when you see people that resemble an innocent boy who got shot by a psychotic vigilante.  Add that to the recent Sterling case, and you're treading on dangerous ground.  It's hard to disagree with exactly what Cuban said, but it's easier when you understand that he's refusing to point a finger at Sterling because he doesn't want four pointing right back at him.  Sterling doesn't deserve sympathetic understanding, nor does he deserve a fellow owner coming into his corner and saying, "Hey, we're all racist in some way, give the guy a break!" We may all have minor prejudices, but only a few of us tell our girlfriends not to talk to black people, or shoot kids because we assume they're criminals, or cross the street when we come across a person who has a lot of tattoos.  There are unconscious stereotypes and then there are conscious choices; I guess only Mark Cuban knows which of the two his inner thoughts are.
Posted by Olie Coen at 1:30 PM