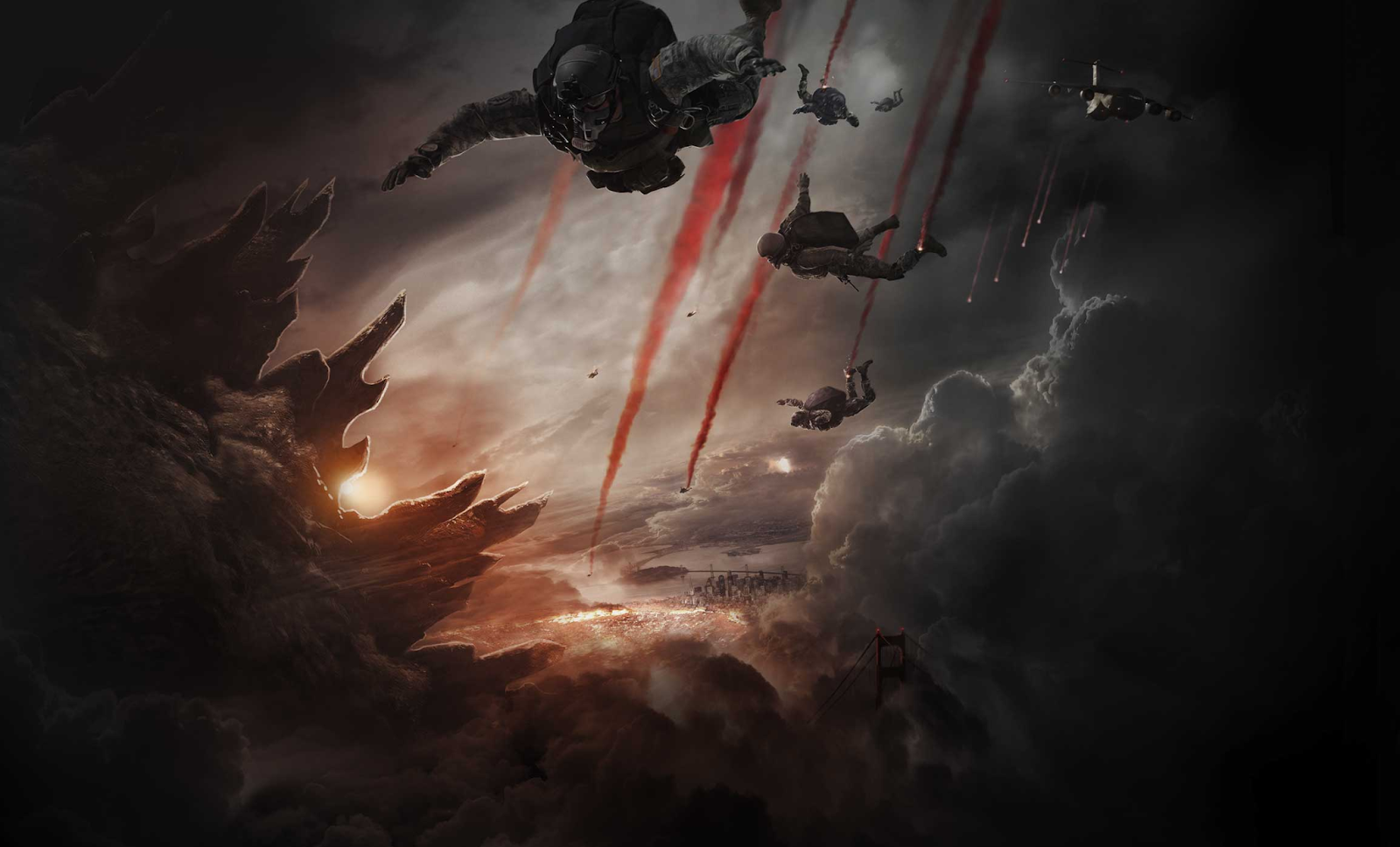 
I grew up watching Godzilla marathons, reruns of the Japanese monster movies made in the 60s and 70s.  Mothra, Rodan, Godzilla himself; creatures that terrorized many a city and fought one another while humanity scrambled to find a place to hide.  As a kid, these films were great.  The bad dubbing, the horrible production value, the questionable origins of these behemoths from another age.  When I first heard that they were making a new Godzilla movie, I was pretty excited.  Not only would it be a reimagining of a childhood favorite, but it just had to better than the 1998 Matthew Broderick version.  And the trailers looked fantastic; dark, epic, personal.  What could go wrong, right?  Everything, I guess.  Maybe I just grew up and need a little more these days; some acting or plot continuity, a bit of believability.  Because something was missing and the love I felt for those old classics didn't translate to this cheap American adaptation.

The poor Brody family has never had it easy.  As a boy, Ford Brody lost his mother in a catastrophic nuclear power plant accident.  His father, Joe, spent the next fifteen years attempting to uncover the mystery of that horrible day, devoting his life to breaching the "quarantine zone" which the Japanese government keeps hidden at the site of the meltdown.  What Ford and Joe find there surprises even them; a secret so huge that it could destroy the world.  When that secret escapes, the Brody boys become vital pieces in the attempt to capture or kill it before it can annihilate our cites.  As they and the government track this threat, the origins of its power are revealed and an old coverup is unmasked.  Humanity may not be able to defeat this monster on its own, we may have to rely on an ancient foe, as the choice between two evils becomes a gamble for survival. 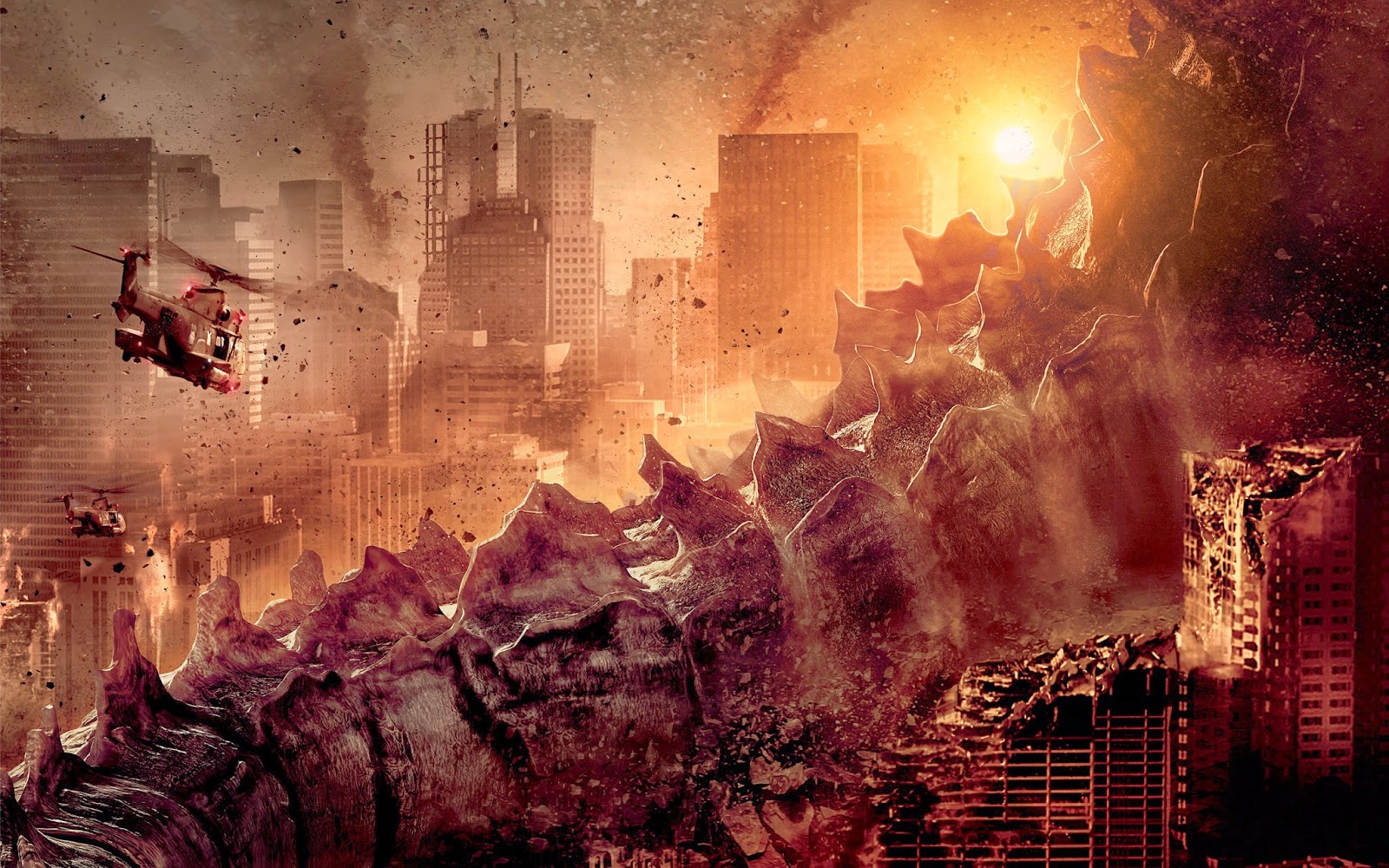 Hands down, Bryan Cranston was the best part of this film.  I'm not even a Breaking Bad guy; I mostly know him as the dad from the horrible Malcolm in the Middle.  But he was by far the best actor, the most invested, and the most interesting part of the story.  Too bad his part was so small.  Without him everything that I liked fell away and the plot became an empty shell supported by actors who were nowhere near up to the task.  Taylor-Johnson was so incredibly awful that I began to wonder if I was crazy, if I was the only one who noticed that he was playing his part with zero effort or emotion.  Olsen wasn't much better, though you can't really blame her too much; her character was ridiculously one-note.  The side guys were all bad too: Ken Watanabe, Sally Hawkins, David Strathairn, Richard T. Jones, all crappy all the time.  It was like no one was even trying, or like nothing was given to them that they could work with, not even a little bit.

I guess we could blame director Garth Edwards.  He's not a veteran by any means, this is only his second feature film.  But his other was Monsters which I really liked.  It was fascinating, original, and actually has a lot in common with this film visually.  The problem is that Godzilla felt cheap, for all the money spent.  The story was full of holes, the action didn't make much sense, and after the first strong thirty minutes of the film the rest just seemed thrown together to please the eye, with no time taken to make sure we were invested.  I loved the old movies because they were cool and I was young.  I need more now unless you're going to just go all out and make a b-movie.  Those I enjoy, this I didn't.  For you to like it you'd better be pretty sure of what you're looking for.  Awesome explosions, huge monsters, military weaponry; check, check, and check.  Great acting, a cohesive plot, believable effects; not so much.  So what do you want, action-packed or well-crafted, because you're not getting both here. 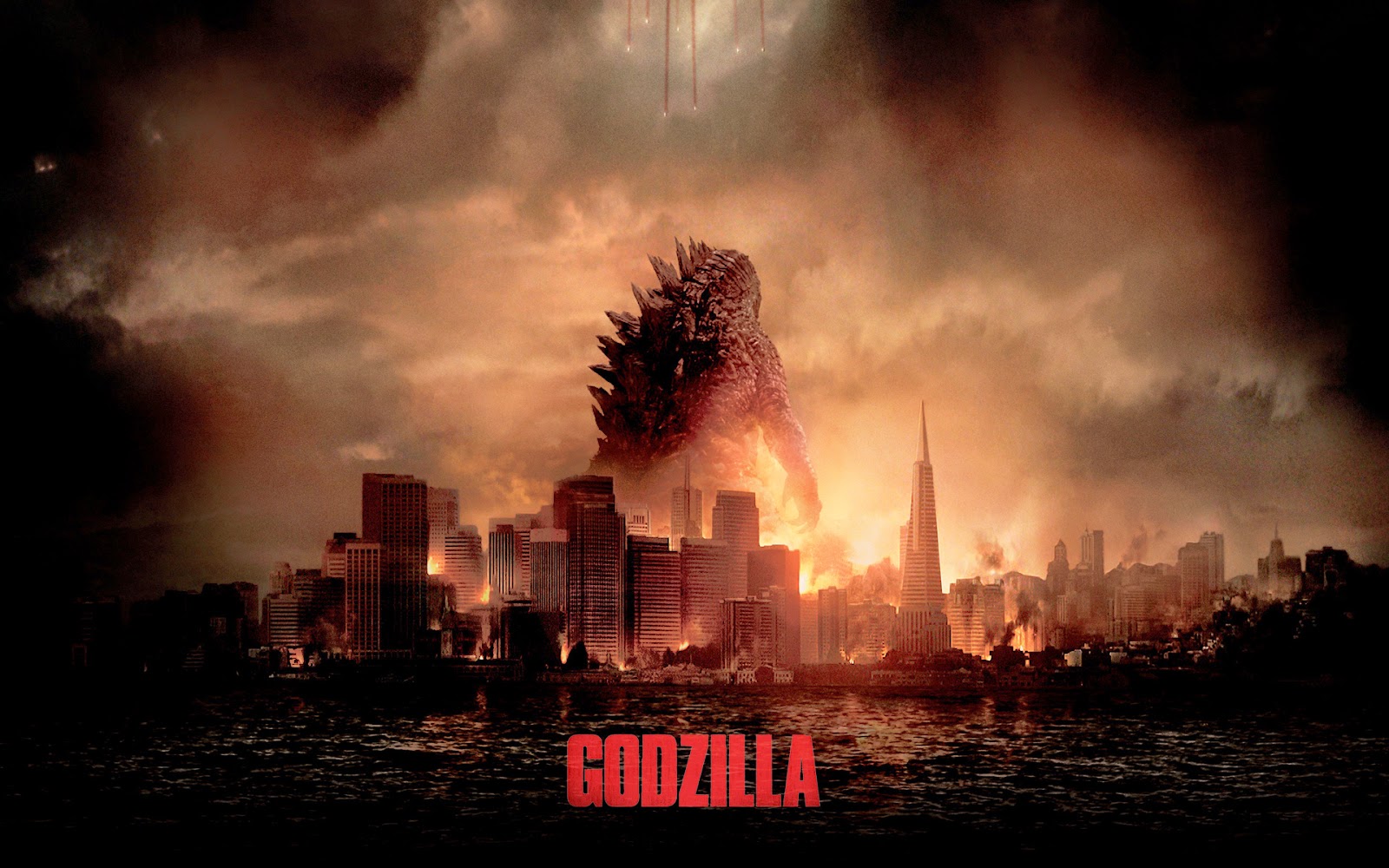