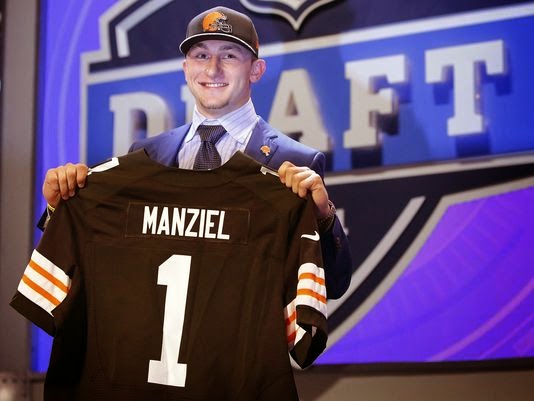 This year's draft was very exciting if only because it was unpredictable.  Players fell below their projected draft spots (QB Johnny Manziel, WR Marqis Lee), no running backs were selected in the 1st Round, and three quarterbacks were chosen.  It was the year of superstars; players that can come in and make an immediate impact.  Whatever it was, it was a fun Draft to watch.  Later Rounds were relatively normal, and teams added much needed talent to their rosters.  Let's take a look at the key players selected by each NFL team in the 2014 Draft.