DVD Review - It's a Disaster 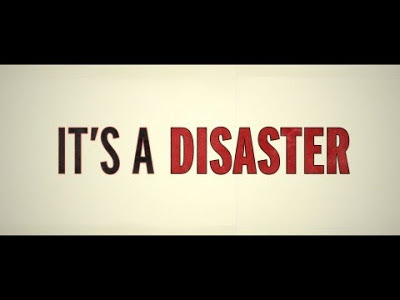 
I don't like when I can't categorize a movie.  I guess it's part of being Type-A, but I like to know where things belong; "a place for everything and everything in its place".  And while It's a Disaster is most definitely comedic, after watching it I don't know what kind of comedy it is.  On one hand, you could label it as pop.  It's got a couple name actors, it's appealing to many audiences, and it relies on the standard idea that awkward situations make us laugh.  But on the other hand, it could be seen as independent.  The director is working on only his second feature film, it doesn't rely on slapstick or crude humor, and it's not a very well known project.  Either way, I guess a comedy doesn't have to fit anywhere in order to be good, it just has to be hilarious.  The only problem is not only do I not know how to define it, but I'm not sure how funny it was.  I might feel more confused than amused, and that's not what you want. 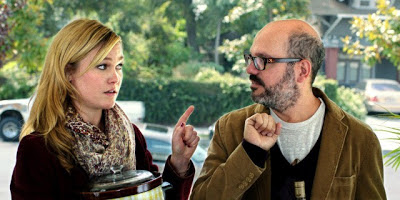 It all begins at brunch.  Once a month young couple Emma & Pete host a couples only get-together.  The typical guests include Lexi & Buck (free-spirited musicians), Hedy & Shane (perpetually engaged), Jenny & Gordon (always late), and Tracy, who this month brings her online date Glenn.  The friends have all known each other for years and these brunches have become more traditional than enjoyable, but things are about to change.  Emma & Pete let slip that they are getting a divorce, and with that announcement all sense of polite normalcy is out the window.  Secrets are revealed, the couples argue among themselves, Glenn feels more and more uncomfortable, and what started out as a nice brunch is quickly turning out to be the worst party ever.

But that's only the beginning of the troubles. As the power fails and the phone lines go dead, the group comes to learn that something terrible has happened in a nearby city.  Men in haz-mat suits and infected friends show up at the door, announcing that the world may be coming to an end.  Bombs have exploded distributing a deadly toxin that will soon kill anyone close by.  So a disastrous brunch has just gotten worse, as the friends must now decide what to do with the little time remaining them.  Do they try their best to escape, bravely watch the end come, lose all morality, tie up loose ends, have one more fling, get high, resolve old wrongs, share secrets, pig out?  What will the future hold and how long will it last?

First of all, the film deserves some credit for merging two different and potentially funny stories together; the awkward brunch and the end of the world.  Each set up was funny in its own way and when put together resulted in an obvious pun that was pretty amusing on it's own.  I can't say I didn't laugh, because I did quite a lot.  There were a few moments that were hilarious, some extremely uncomfortable scenes when it was either laugh or squirm, and a couple times where I was amused because I could see myself in a character.  But often I found myself laughing and I couldn't be sure if I was laughing with them or at them.  It was all a little amateur, like the actors were amusing themselves rather than creating good comedy.

And I use the term "actor" lightly because I'm not sure there was any real talent on display.  Most of the dialogue was fairly awful, making most every character an unbelievable stereotype.  And no one was up to the challenge of breaking through that barrier.  Julia Stiles was unsurprisingly horrid; it's as if she hit her talent ceiling at 10 Things I Hate About You.  America Ferrera was bad, Erinn Hayes was unlikeable, and Blaise Miller was dead inside.  The only positive standouts were David Cross as the uncomfortable newbie and Jeff Grace as the nerdy conspiracy theorist.  I guess it was at least a good thing that the actors were all on a relatively similar level so that they didn't make each other look bad; they just did it to themselves.

Now, it wasn't all horrible.  Like I said, I laughed, but often it was in chagrin.  It was too much like watching a high school production starring your friend; you think your friend is comical, you are entertained by the play, but after you leave you start to wonder just how funny it really was.  The silly parts were a little too silly; mixing up homemade Ecstasy, making awkward sexual advances, debunking the moon landing.  And the serious parts were a little too serious; couples counseling, afterlife theories, past regrets.  In the end I was left satisfied because I had a moderately good time, but feeling fairly empty.

Video - With an aspect ratio of 2.35:1, you get the best in widescreen HD quality with this DVD.  The film was shot with an Arri Alexa, a relatively new digital motion picture camera brand.  But as with other non-action movies, the high quality video is put to little use, as the entire movie takes place inside a single house with little to no action.

Audio - There are a few nice audio options with the DVD.  You can choose between Stereo or Dolby Digital 5.1 Surround.  There are English subtitles for the hearing impaired.  And the audio set up menu is where you'll have the ability to turn on the feature length audio commentary, featuring David Cross, Todd Berger, Kevin M. Brennan, and Jeff Grace.

Extras - In the Extra Features menu you'll also find a link to the audio commentary.  There is also a Tour with Todd, a ten minute look behind the scenes.  Also, director Todd Berger and three of the actors in the film are part of an improv comedy troupe called The Vacationeers.  You will find three of their short viral videos in the Extras, as well as a panel discussion during the 2012 Comic-Con.  Last, there is a theatrical trailer for the film. 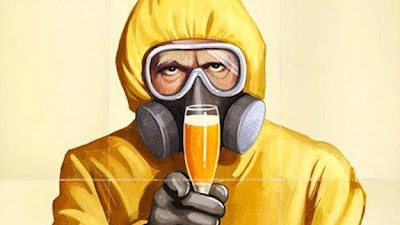 Rent It.  It's a Disaster is a funny movie, but not always for the right reasons.  Watching the trailer again, I'm disappointed that the film wasn't as entertaining as I hoped it would be, but I still enjoyed it for being an off-beat comedy that was at least a nice way to spend ninety minutes.  The video quality was great, the audio options were nice, and the extras were plentiful.  A good DVD of an OK movie.  Watch it for a few quick laughs, but don't expect too much.