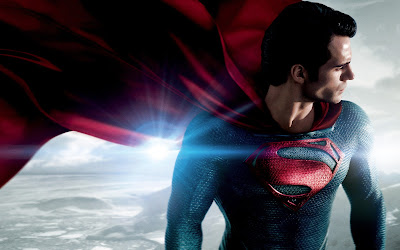 
We've all seen our fair share of awful comic book movies.  But it seems like we can't agree on which ones those were.  I think, by now, everyone understands the genre and goes into the theatre knowing what to expect; action, heroics, one-liners, nonsensical dialogue.  And we flock to see them, no matter how often they're put out.  But it's as if we're watching different films.  Some people come out having seen everything they expected from a comic book story and loving it; the explosions, the classic references, the hot hero.  And some people come out having got what they payed for but hating every minute of it; the cheesy love story, the random punching, the over-acting villain.  I can understand having differing opinions, but no other genre creates such dissidence.  If we accept these movies for what they are and judge them only against themselves, how can we be in such disagreement over which one captured the comic book essence perfectly and which one stunk the place up?  I doubt I'll ever figure out why I hated Hellboy but thought that Man of Steel was one of the best action hero flicks I've ever seen.


The story of Superman is nothing new.  The character was first created in 1933, and has seen many changes and takes, both bad and good.  Some of the most notable are the television series of the 50s called the Adventures of Superman, the movie franchise of the 70s and 80s starring Christopher Reeve, the shows Lois & Clark and Smallville, and the 2006 movie Superman Returns.  Man of Steel is the latest spin on this classic story.  In this film, we learn about Superman's origins and his emergence as a hero.  It all begins on the planet Krypton, where population management and a lack of resources has led to the endangerment of all life.  A coup occurs, led my General Zod, the leader of Krypton's military.  Standing in his way is science leader Jor-El, who manages to jettison his own son Kal into the safety of space before the planet of Krypton meets its grim fate.  Kal travels to Earth as an infant, where he is found and raised by a Kansas farming family.  Now called Clark Kent, this special child begins to understand that he is different, and that the world may some day need his power.  When Earth is threatened by the tyrannical Zod, a now grown-up Clark must come to terms with his responsibility, attempt to understand his past, and protect his new people as only Superman can. 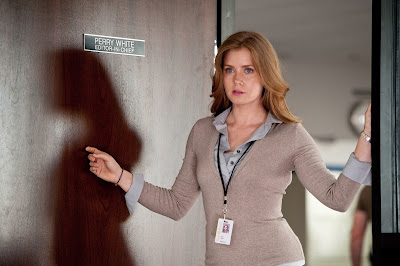 I just don't see how Man of Steel isn't everything you could want a comic book movie to be.  Obviously you can't judge it against Pulp Fiction or The Godfather, but when you compare it to the other movies in its genre it delivers all the aspects that audiences expect while rising above the normal graphic novel slop.  I've seen some bad comic book movies: Hellboy, The League of Extraordinary Gentlemen, Fantastic Four, Watchmen.  And what they all have in common is that they lack appeal.  They might stick to the prescripts of the genre; action, villains, cool effects.  But they don't offer anything to grab onto, any reason to stay in your seat, any passion to suck you in.  Man of Steel delivers all of that, while remaining perfectly true to others of its style.  It's still a comic book movie, with some cheesy zingers, extreme action, unbelievable premises, so you had better know what to expect going in.  But if you know that and you want to see that, then for my money it blows Iron Man out of the water.

And the reason it does that, the reason it can be both a silly comic book movie and an awesome film is that the individual pieces are so well made they give the entire movie a sense of reality.  That's what keeps audiences attention, after all.  It's not the missiles, it's not the flying, it's not the six-packs.  Those things are necessary, but it's passion, believability, and attention to detail that really capture us.  Now, you can't give the movie credit for the story, that was already there.  And you shouldn't judge it too harshly for its flaws (over-punching, over-acting, over-exploding), because otherwise it wouldn't be true to its genre.  What you should judge are the characters, and those were well done.  Cavill as Clark Kent was good, not amazing.  He did a great job inhabiting the confusion Superman must feel, and he even did a little throwback Christopher Reeve voice.  Adams as Lois Lane was spot on.  She was spunky and beautiful, without being stupid or annoying.  But the top prize and the main reason I so enjoyed this movie was Shannon as General Zod.  He was the perfect villain; deep anger, a touch of sadness, and he never came across as cheap.  You could say that about the whole film; it was never cheap.  It took a classic story, gave audiences what they wanted from the genre, but honed the details until the whole movie shone.  Don't go see it expecting Casablanca, but if you understand what you're getting into you can leave the theatre having seen a comic book movie on par with Batman Begins, if not better. 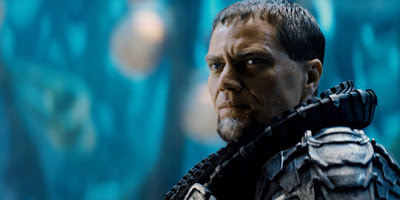