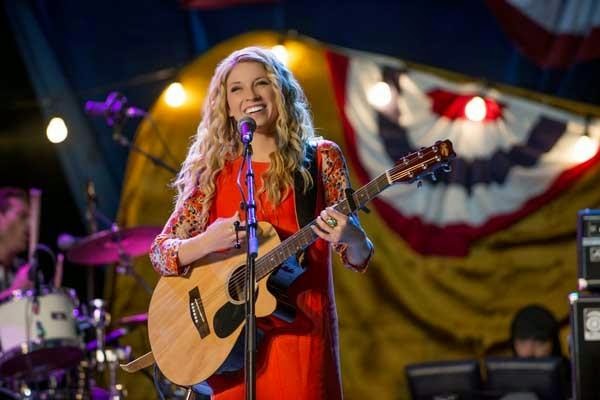 
I first saw Brooke White on American Idol.  I'm a big fan of the show, have been watching it for years, can't quite seem to quit.  It's a cool competition, I love music, and it's a perfect opportunity to judge people you don't know.  And I remember judging Brooke White pretty harshly.  Not that she was a bad singer, not at all.  She had a great voice, played piano, guitar, was attractive.  No, her talent wasn't the issue.  She was just a little too weepy for my taste, always crying about something, always letting the pressure get to here.  Her claim to fame is actually a moment on live television that she stopped the band and made them start the intro again.  Not great and not endearing.  Anyway, so here she is in a movie?  I just had to see it.  No way she could act as well as she could sing, right?  I mean, she's a headcase, or at least that's how she appeared on TV.  I was ready for a train wreck from Banner 4th of July, but what I got was anything but. 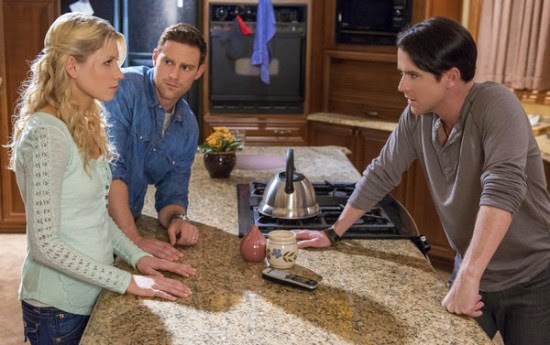 The Banner family has always been kinda famous.  When they were younger, the three Banner siblings (Desiree, Mitchell, & Johnny) began a band, with their parents as managers.  Des wrote the songs, Mitch shredded the guitar, and John tagged along on drums.  They were the pride of their town, an up-and-coming group, with the future bright ahead.  But Des knew she was the star, the lead, and wanted to branch out on her own.  She married a big time record producer, left the band, made a solo album, did just fine for herself, but left her brothers in the dust, something they could never totally forgive her for.  Mitchell became a starving artist, Johnny became a family man, and Des got divorced; not exactly what they had imagined for themselves when they were kids on top of the world, but that's sometimes the way it goes.

Fast forward ten years.  The kids are all grown up, they don't see each other anymore, and past possibilities have been put far behind them.  But when their mother has a heart attack, the Banner family reunites in the old family hometown.  It's an awkward time, as Des & Mitch haven't forgiven, Johnny tries his best to forget, and Mom tries to stir it all up again.  She has a hidden agenda, as she is also the mayor of the town, a place that's about to go bankrupt.  If only the Banner kids were playing again, getting along, making music, perhaps everything could be made right and they could return to the happy times they once knew.  But it's been too many years since life was fun and music worth playing, and it's going to take a lot of work for this family to bond once again. 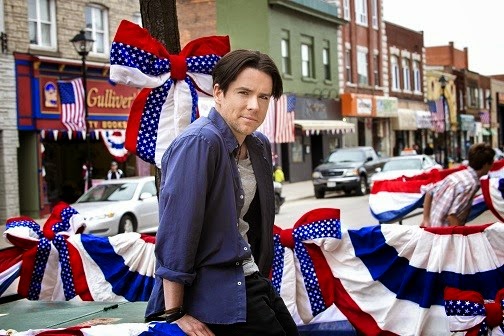 I really expected much, much worse.  Banner 4th of July is a Hallmark channel original; usually a terrible sign.  It's a sappy movie about family, guitars, and forgiveness; what could possibly go right?  But somehow a lot of little things did.  They kept the story simple and fairly believable.  The little town, the semi-famous siblings, the trouble they were all in, the odd solutions to their problems.  It was a somewhat silly plot, but it was never taken over-the-top and so remained believable despite probably not being possible.  And the acting didn't get out of control either, no over-dramatic moments, no soap opera scenes.  Not that the actors were terrific of course; I had never seen a single one before.  But they didn't try to do too much, didn't try to win any Oscars.  And they let the music carry the film, that was the smartest bit.  The music was good, it was catchy, they spend time playing it, and so a lot of moments that could have been done badly were smoothed over by just rocking a few tunes.

And who gets credit for the good music?  Why, Brooke White of course.  She played & sang quite well, leading the story with her songs.  She was the front man of both the band and the film, if she had sucked the whole project would have failed.  But she didn't, surprisingly.  She was actually really good, possibly the best actor in the show.  I know, I know, and maybe the rest of the cast was just bad, making her look good.  But whatever the reason, she shone as the star of the movie, held her own as an actor, and sounded great.  I'm still a little in shock after being certain that this Hallmark movie would bomb.  I'm not a sappy person and I'm ready to nail anyone who puts themselves onscreen, regardless of what little expectations they have for themselves.  Banner 4th of July just didn't stink, it wasn't a mess, and Brooke White actually impressed me. 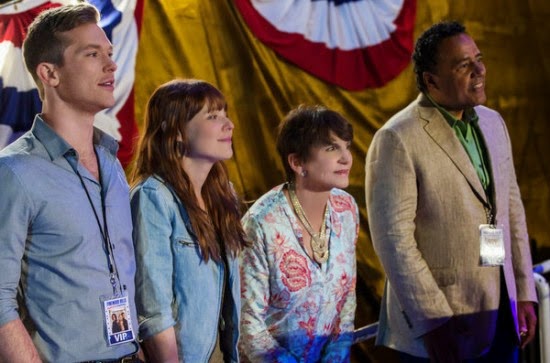 Video - Done in widescreen, the video is fine but underwhelming.  It's a made-for-TV movie; you know what you're getting clarity-wise.  The picture quality is good, very nice color, but nothing exceptional.

Audio - The DVD is in English Dolby 5.1.  There are no sound options at all.  The audio quality was fine, but also nondescript.  There were a few balance issues where the crowds was louder than the musicians and it was hard to hear the dialogue.  But the music was strong and helped support the film. 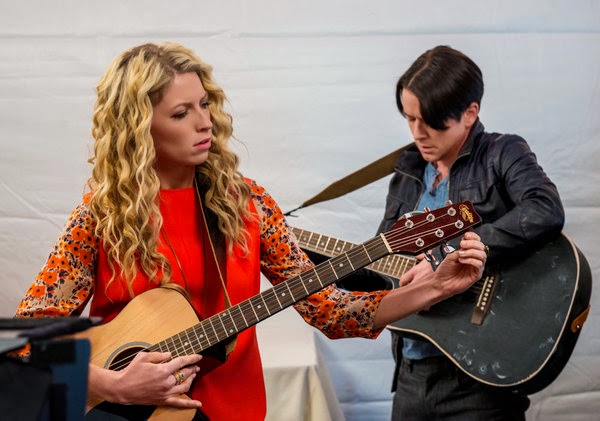 Rent It.  I don't want my praise of the film to sound like a strong recommendation.  I was more surprised than anything else, assuming that this movie would be awful.  It wasn't, but it wasn't something you should run out and watch either.  The music was good, the acting passable, and Brooke White was shockingly strong.  But the film as a whole was still a cheaply made Hallmark original, filled with sap and tears.  Watch it on a rainy night with your family, but don't expect greatness.