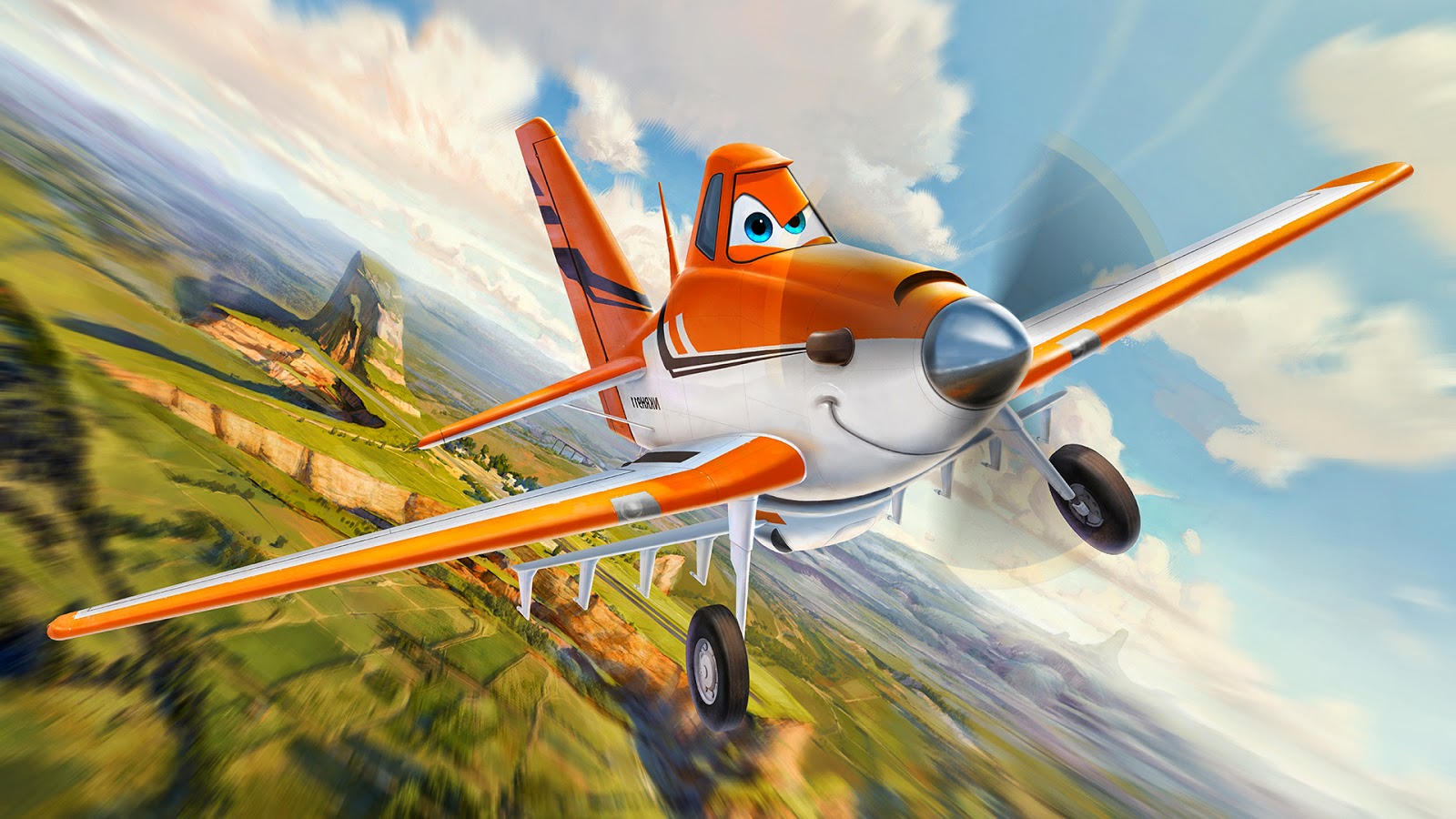 
With the success of Cars, it was inevitable that there would be ripoffs.  It was a good movie, if you have kids to share it with, and I guess some people might call it good entirely on its own.  It's got nice music, fun characters, and really cool visuals.  But the visuals are about all that Planes shares.  You can't just copy a hit, even with permission, and expect the same results.  Cars 2 didn't even enjoy the same success and it boasted the same cars and the same voices.  I guess some surprisingly good children's movies are just untouchable, as silly as that is to say about an animated film.  But this one wasn't as good as that one, not by a long shot.


Dusty is a crop duster.  He's been flying all his life, logging hours & hours, miles & miles, but he's never really gone anywhere.  He dreams of becoming a racing plane, the fastest craft in the country.  And when he enters a time trial, he just might have a shot.  An old flier named Skipper teaches Dusty what he knows, and the surprisingly fast duster barely makes it into the race.  But he's in way over his head, racing alongside veterans, some who are willing to impart some wisdom, some who are not.  Dusty tries his best, becoming a fan favorite, but will his desire to win be enough, or will he fall just short of greatness?


Top Gun Junior anyone?  It was like a movie for kids that was supposed to be as cool as Maverick and Goose.  And actually, Anthony Edwards and Val Kilmer made an appearance, playing two fighter planes.  But that wasn't enough to save the film.  It just wasn't great.  The visuals were amazing, animated air acrobatics, scene after beautiful scene of a race around the world.  But the rest was pretty crappy.  Dane Cook was completely awful & unemotional as Dusty, delivering every line with a fervor that must have taken him mere seconds to spew up.  The side characters were pretty bad too, including a Mater wannabe named Chug, although I actually liked the British plane voiced by John Cleese.  I ended up just barely liking the film as a whole, due mostly to the visuals and cool animated locales.  The rest of the movie actually took away from my enjoyment, creating a project that was doomed from the start, a copycat that didn't try very hard to be anything but mediocre.