Movie Review - The Princess and the Frog 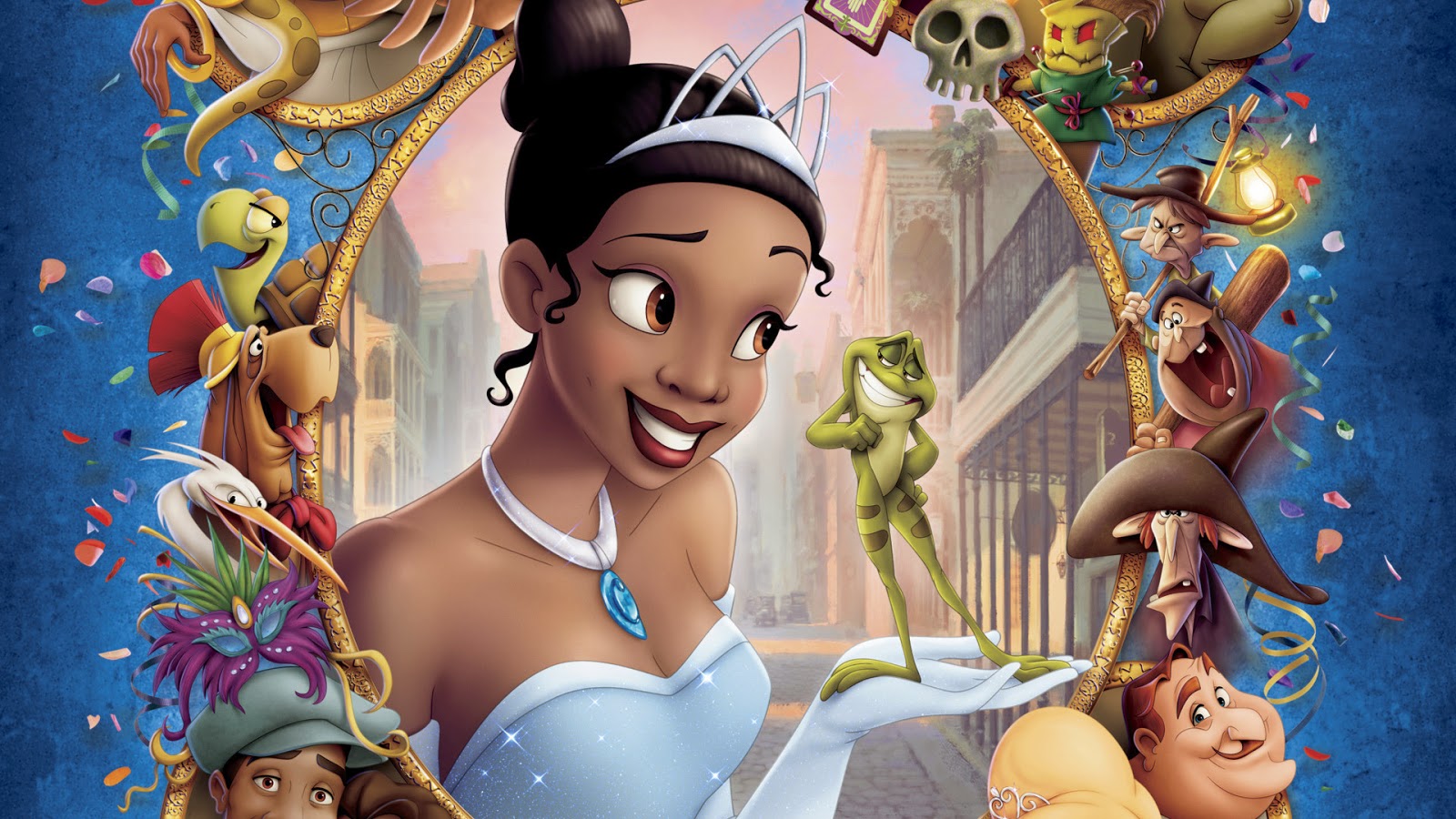 
I had my doubts about a reboot of the old Disney style, an attempt to go back to the classic animated musical and win audiences over once again.  After all, the Disney movies of the 90s that I love so much are untouchable, unredoable, unreimaginable.  In other words, don't try.  But try they did and I didn't think it would work.  I thought the Disney princess was dead and buried when they moved on to Tangled & Frozen, two movies that, yes, have princesses, but don't fit the standard mold that I grew up with.  The Princess and the Frog was their last attempt at the old school ways, and not only did they get it right but they shocked me in the process, proving that Disney's still got it when they want to use it and that the fairy tale is alive & well.

Tiana isn't a princess, she's a waitress.  Living in New Orleans and working hard, Tiana is saving up to someday buy her own restaurant.  It was her daddy's dream, but he's gone now, leaving Tiana to make it happen all on her own.  Her chance comes when her best friend Lottie throws a party for the foreign Prince Naveen, hiring Tiana to do the cooking.  But here's where things go south.  Naveen is tricked by the evil Facilier, turned into a frog, and used for his princely blood.  Lottie is poised to marry an imposter, and Tiana would help her, only she was turned into a frog as well when she kissed the "frog prince".  Now Tiana & Naveen have to find a way to change back into humans, find Lottie, and get everything back on the right track.  So off they go on an adventure through the swamps, searching for love and meaning along the way.

It's a fun story filled with whimsy and wild rides, just like the old classics.  The princess and the frog storyline might have been done a thousand times, but you've never seen it done like this, set against the backdrop of Louisiana.  Jazz abounds, giving the film a great excuse for pumping up the volume and delivering hit songs like we haven't seen in a while.  The music might not be as popular as the Frozen soundtrack, but it's actually much more Disney.  It's got a comfortable feel and look, presenting like your 80s & 90s favorites, not like the new totally computer generated genre.  It's Disney like you used to watch, and that means fun.  And it doesn't lack in deeper themes or darker moments; those abound.  But it's still funny, goofy, silly, musical, feel-good; everything you could want from a childhood favorite.  Don't overlook this film if you missed it the first time around; it's what you're looking for if you've always been a fan.