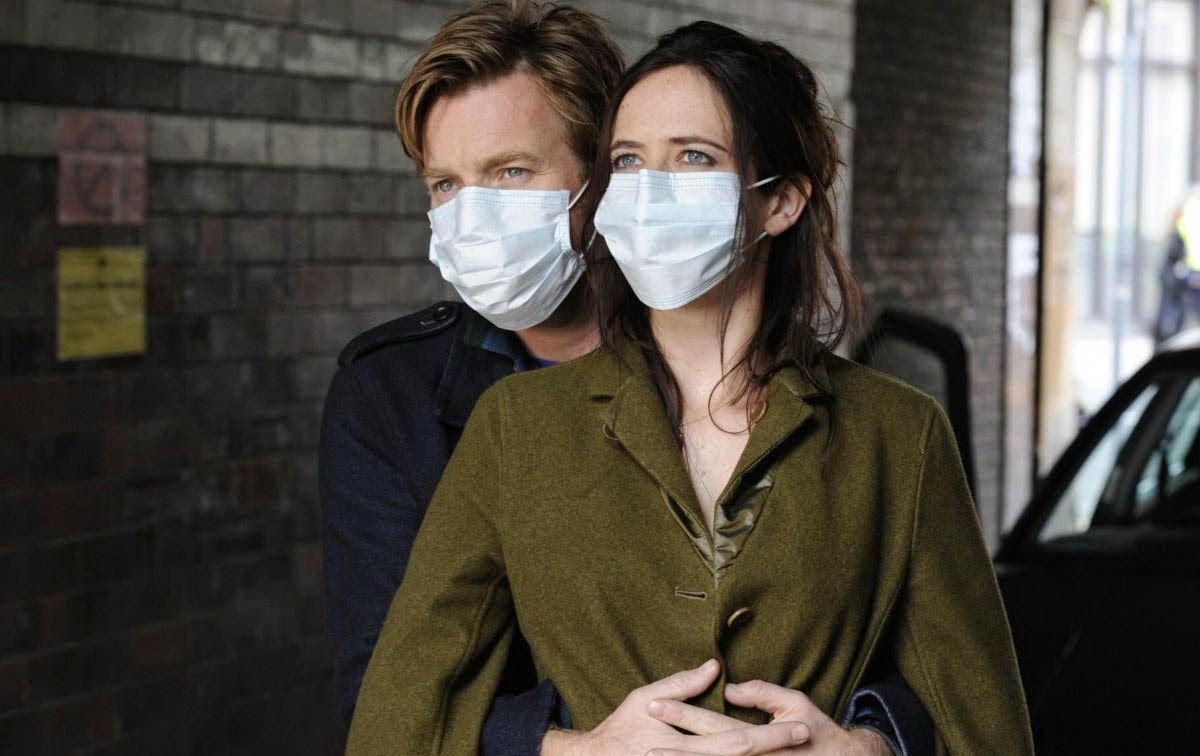 
I think I might have a mancrush on Ewan McGregor, and I think it's his smile.  Either that or his awesome accent.  Or the fact that he's a brilliant actor.  He does tend to churn out a few too many movies, not being overly selective with his role choices.  But it's hard to fault him for that; if they're offering you millions of dollars you should probably take the money and run, especially while you're still young, in, and handsome.  Anyway, I like McGregor.  I like Eva Green too, but begrudgingly.  She's a little off-putting and twisted, a perfect demeanor for most of her roles, but in Perfect Sense she was called upon to be the leading lady of a love story, albeit a weird one.  Well the couple both pulled off their characters, creating a film that's part romance, part sci-fi, and wholly intriguing.

Susan is a research doctor and Michale is a chef; why not meet and fall in love.  They both have rocky histories, which doesn't mean they can't be perfect for each other, and their affair begins with enviable passion.  But the world around them is going through a change that no human has ever coped with before.  For an unknown reason, an epidemic is sweeping the world that eliminates human senses.  First goes smell, paired with a short period of intense grief.  Then goes taste, with a burst of incredible paranoia.  As each sense leaves the body, mankind panics and then regroups, going on with life having lost something that will never be regained.  Susan & Michael are no different, riding the waves of loss with only each other to cling to, falling in love despite the chaos that surrounds them.

It's a fascinating plot, created by Danish screenwriter Kim Fupz Aaakeson.  It has the sci-fi elements that I love coupled with a romance that's extremely believable.  The way they describe and show the disease is really horrifying, especially well done considering it doesn't really hurt anyone.  It's just a loss of a sense, but watching the film you can understand the panic that the characters must feel as they are slowly abandoned by the body they have always trusted.  So the movie is very sensational, very pleasing to the sense it's about to take away, but it's also very emotionally real.  At its heart it's just a love story like any other, a tale of two people whose lives have become about each other, blocking out the rest of the world as they wrap themselves together.  Green & McGregor are both excellent, bring a sense of reality to their roles, and hold on to that even when the story begins to go wild.  I didn't love some of the narrating over the action; narration has never been a good idea in my book.  And a few of the moments were definitely heavy-handed when the actors could have silently spoken for themselves.  But as a whole, I found the film to be captivating, with a very unusual backdrop framing a very common theme.