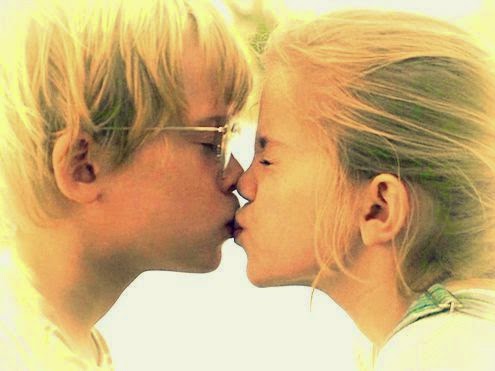 
My Girl is one of those untouchable movies that I would actually be afraid to give a bad review.  So many people love it on a level that transcends cinema, that becomes personal, and that can't be argued with.  Whether you were eleven when it came out & it made you sob, or you lived through the 70s & you can recall your own very similar childhood, it's a film that speaks to people.  It's a film that captured a fleeting moment in time and has immortalized it.  So trying to judge is alongside other movies is difficult because you have its iconic status, its strong following, and your own feelings as well.  And I'm not trying to put myself above the majority, I felt it too, that tug that can't be denied.  But I tried to watch it with a more critical eye this time around and not every piece of the puzzle passed the test.  Most did, allowing me to give it a good review and avoid a public stoning, but this time capsule of a film is far from perfect.

Welcome to the 70s and to a very influential time in a young girl's life.  Vada Sultenfuss is eleven, a tomboy, and lives above a funeral parlor.  Her father is a funeral director and his family, including Vada, her uncle, and her grandmother, live where they work.  Vada's mother died giving birth to her, causing her to have a slight obsession with death and all things illness.  Her best friend, Thomas J., is also a little on the anxious side, being allergic to everything there is.  Vada & Thomas J. ride bikes, fish off the local pier, and generally enjoy the summer while Growing Up looms just out of sight.  But Vada will be forced to face "real life" sooner than she expected.  Her father is falling for Shelly, the cosmetologist he just hired, Vada is slowly becoming a woman, Thomas J. isn't just a pal anymore, and tragedy strikes where she least expects it.  Being a kid isn't as easy as it's advertised and Vada will have to get through some hard times on her way toward happiness.

At least I won't have to disappoint anyone and call this movie that they love anything less than wonderful.  Because that's what it is, a wonderful portrayal of youth and hope, of the struggle growing up really is, and the difficulties we all have to get through on the road to adulthood.  Vada is an excellent representation of the pressure that kids put themselves under; to please their parents, to hold it all together, to be loveable, to have fun.  Childhood isn't just bike rides, it's also a lot of pain, and this film showcases that very well.  Now, the little things aren't all perfect here, the details that would have taken My Girl from wonderful to superb.  Dan Aykroyd for one; bad actor.  The side characters were pretty bad as well and I wouldn't give Zieff any awards for direction.  Chlumsky was actually the best in the film and deserves most of the credit for making the movie a success.  And it was; it was enjoyable, heart-breaking, imperfect, honest, pleasant, a real gem.