DVD Review - The Pretty One 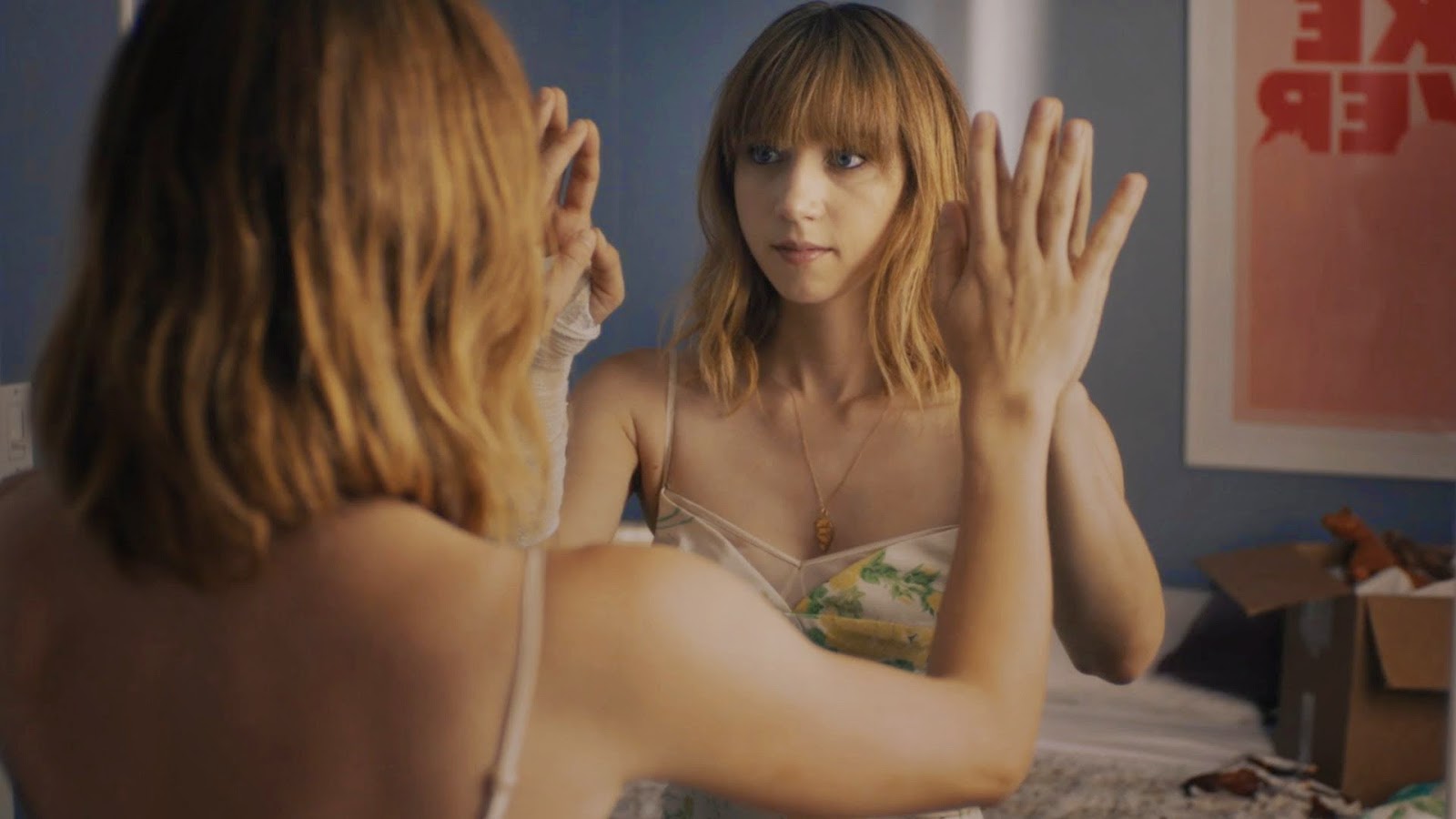 
Welcome to Indie heaven.  The Pretty One has everything you're looking for if what you want is low budget quirk.  An unknown director; Jenee LaMarque writes & directs her feature length debut.  A bearded non-hunk; Jake Johnson isn't what Hollywood usually casts as its leading man.  An under-the-radar debut; the film made a thousand dollars on its opening weekend.  And of course, a hipster sweetheart: Zoe Kazan is the new face of off-beat romance.  She & Daniel Radcliffe will soon star in What If, a romantic comedy that hopes to break the mold, and I for one think it can.  So the pieces are all present and Indie perfection should ensue. 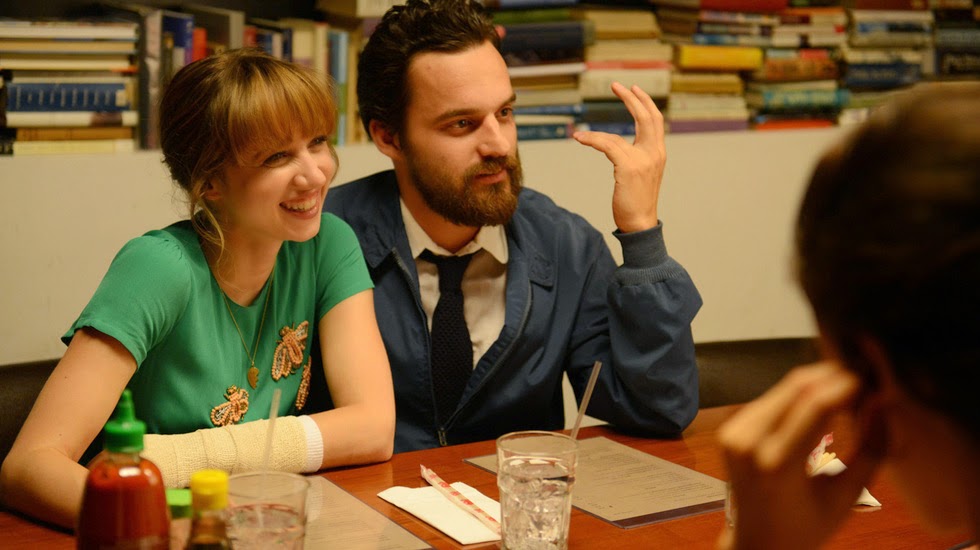 Laurel & Audrey are identical twin sisters.  Growing up they were inseparable, best friends, roommates, two halves to a whole.  But when their mother died things changed.  Audrey went off to find a life of her own; big city, big job, independence, you name it.  Laurel stayed home to take care of her father and basically become her mother; wearing her clothes, doing the dishes, never going out or glamming up.  Audrey was always the pretty one, with enviable fashion, boyfriends, life experience, awards, drive, strength.  While Laurel was the plain one, never cutting her hair, never dating, never leaving home, always in the background.  But that's all about to change.

Audrey & Laurel decide to move in together in order to get Laurel out of her shell.  On a whim, she cuts her hair to look more like Audrey, and the two sisters drive away toward a new life together.  But then tragedy strikes in the form of an oncoming car, and everything turns upside down.  Audrey dies, Laurel is in shock, and people confuse the two.  They think Laurel was the one who was killed, convincing her that's she's Audrey and that she's dead.  Make sense?  It doesn't to Laurel, not at first, but by the time she understands that there's been a mistake she's already headed toward the life of her twin, a life that's so much better than her own.  A fancy boyfriend, an apartment, a classy job; Audrey had it all and now it's totally Laurel's.  But when she meets Basel, her sister's tenant, she knows she'll eventually have to tell the truth, letting everyone know that they better have a second funeral. 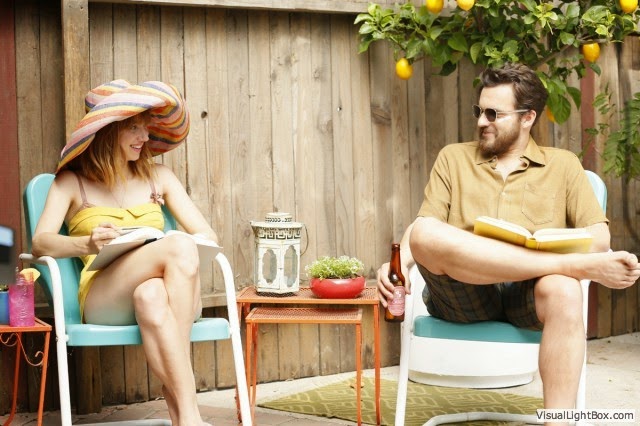 It's a ridiculous story that's surprisingly easy to accept.  It might feel a little silly at first, but it soon becomes just the way things are and you learn to live with it.  The path Laurel takes on her way to becoming Audrey is a simple matter of baby steps in the wrong direction, and by the time the plot is progressing you've already accepted the fact that this girl is pretending to be her dead twin sister.  And not only does it start to feel normal, but it becomes pretty hilarious.  Depressing at times, yes, but mostly funny, as Laurel the homebody attempts to be this confident woman that she's always envied.  So it's a comedy first, if a dark one, and the drama of the situation comes second.  The love story, the difficulty of growing up, of finding one's self; those themes are present and add depth to the story, but The Pretty One is a comedy foremost.

You'd better have some talented actors able to pull off such a weird plot if you're going to try selling audiences a movie like this, and thankfully everyone did their job.  Zoe Kazan was excellent as Laurel, and as Audrey too for that matter, playing her with a quiet likability that couldn't be denied.  She really is an Indie It Girl right now and can seem to do no wrong.  She was cute, sad, realistic, and captivating, giving us a main character we could root for.  Jake Johnson as the love interest was also quite wonderful.  He's an incredibly underrated actor; do yourself a favor and check him out in Drinking Buddies, a five-star film that went below many radars.  The pair had a nice chemistry together, they kept the plot moving in a film that was a short ninety minutes, and ultimately they delivered a story that was entertaining, quirky, and made me laugh. 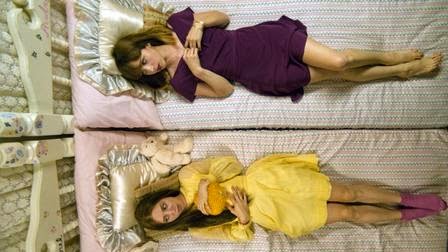 Video - With an aspect ratio of 1.85:1 Widescreen, the video was everything you could ask for from such a low-budget film.  There were never any contrast issues, the color was always very interesting, and the clarity of the picture was perfectly fine.  The quality was actually higher than I expected, with some wonderfully whimsical shots and a very smart use of space & color.

Audio - The DVD was done is Dolby Digital, with an option for English subtitles.  No other audio choices are available.  The sound quality was fine, with no problems and no stand-outs.  The soundtrack wasn't what I thought it would be, given that many Indie films rely heavily on song choice, but there was one strong track at the end and some nice background sound throughout.

Extras - There are a few extras on the disc.  The Pretty One; Visual Effects is a two-minute look at the shots that included both the sisters, or in other words, the scenes that Zoe Kazan was in twice.  It's not an explanation exactly; there are no words spoken.  It's just a brief behind-the-scenes look at how the images came together.  Also, there are five trailers: In a World..., Inside Llewyn Davis, Moms' Night Out, Austenland, and Gambit. 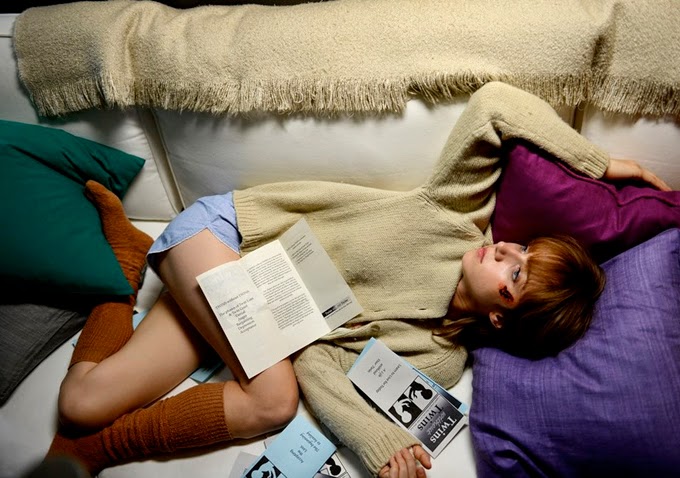 Recommended.  If you're looking for a well-made Indie comedy, you've found it.  The Pretty One is clever, quick, meaningful, and humorous, a great way to spend an evening.  The comedy is sometimes silly, sometimes subtle, but the story is one that supports such an strange plot.  The actors do their work marvelously, Kazan & Johnson convincing us of their love & of their oddities.  The video quality is quite nice, the sound just fine, and the extras interesting.  A pleasant movie for those who enjoy the genre and a nice use of ninety minutes.