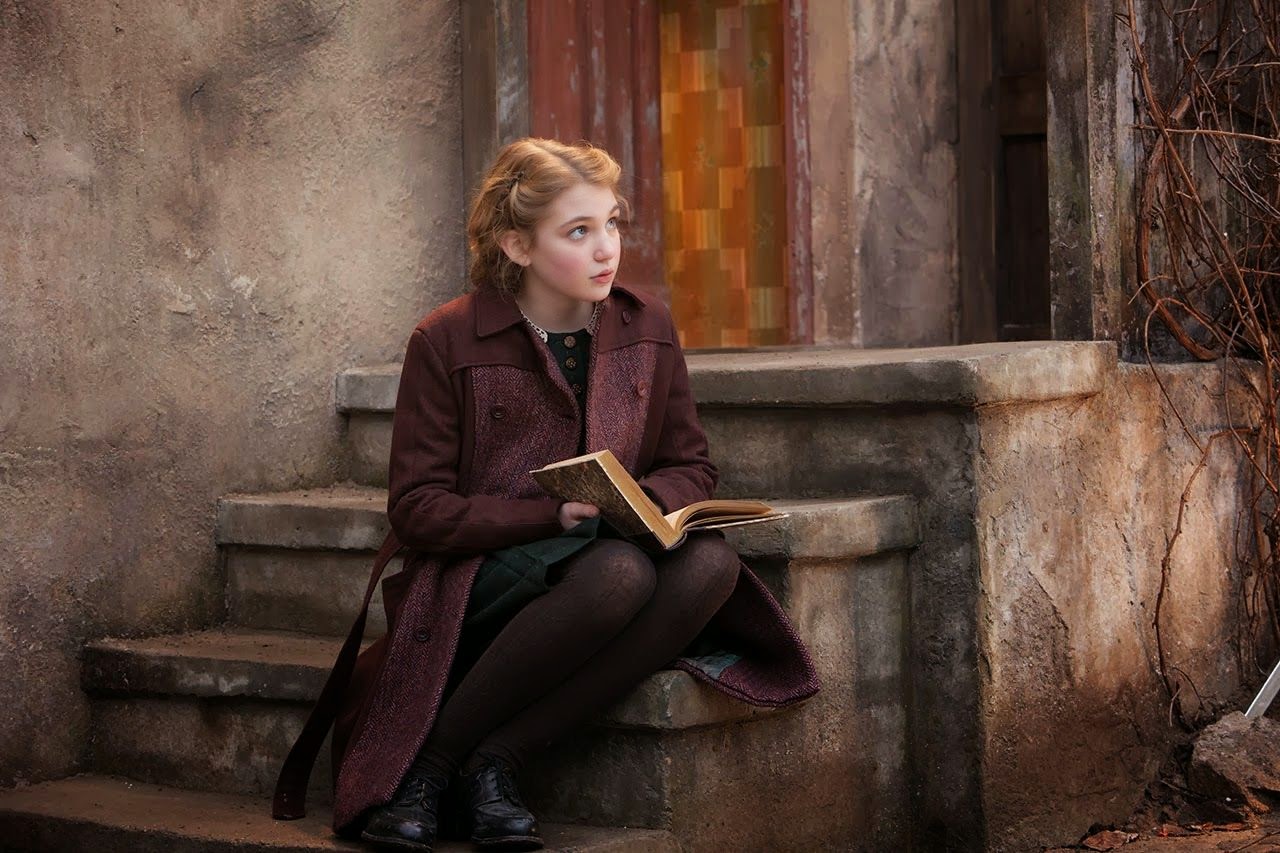 
When the trailer for this film first came out last summer, it definitely caught my attention.  After all, Germany during WWII was a place full of fascinating stories, any number of which could successfully be made into hit films.  But judging the movie solely by its trailer, it didn't seem to me like it would be excellent.  Then it started getting Oscar buzz, started conversation, got a lot of interest, and I wondered if perhaps I was wrong.  I guess I should have stuck with my gut, because The Book Thief failed to be the poignant drama it promised.  It ended up not winning any big awards, not being highly rated by critics, and not delivering its advertised product.  Many of its pieces are strong, but taken as a whole it's an overrated war story and a minor disappointment.

In the years before Hitler's attempt at European conquest, Germany was changing.  The Socialist party was taking over, the Communists were driven out, and the line was being drawn between Nationalist and Intellectualism.  Liesel was a girl caught in the middle.  Her poor, Communist mother sent her & her brother away to live with adoptive parents, giving them a better chance to survive the coming war.  Liesel's brother died along the way, leaving her to adjust alone to her new life as daughter to Hans & Rosa Hubermann.  Liesel and Hans quickly became best friends, sharing their love of books despite their struggle with literacy.  Rosa was a harder nut to crack, but she began to love Liesel in her own way.  But when a Jewish fugitive named Max came to live with them, Liesel was faced with the difficult truths about the German leadership she was blindly following, including the burning of the books she was growing to rely on.  And when war finally came, everything would change, leaving a young girl floundering in an adult world, fighting to survive.

The base story is as interesting and important as most others in this genre.  The war, Germany, Hitler, the rounding up of the Jews, the book-burning rallies, the blind patriotism, boys pressed into service, food shortages, the SS; everything we love & hate about this time period is put on display here and done very well.  The plot is paired with great acting that supports it throughout and always captures the heart of the audience.  Nelisse is beautiful and melancholy, an excellent heroine for the story.  Rush & Watson are perfect as her adoptive parents, showing strength and heart in turn.  But what keeps the film from becoming something excellent is the ever-present feel that it was made for teenagers.  The style is juvenile far too often, with a narrator that I just hated pointing out the morals of the plot and ruining the finest moments.  The action could speak for itself marvelously, but instead everything is spelled out and nothing is left for us to conjure for ourselves.  Were this film shown in a classroom of 14-year-olds to introduce them to WWII it could do great things.  But I needed something more, or something less, more specifically.  Less instruction, less explanation, and less narration.  I wanted an adult film and what I got was something younger, leaving me disappointed in a movie that had great music, that had great characters, that I enjoyed, but couldn't love.