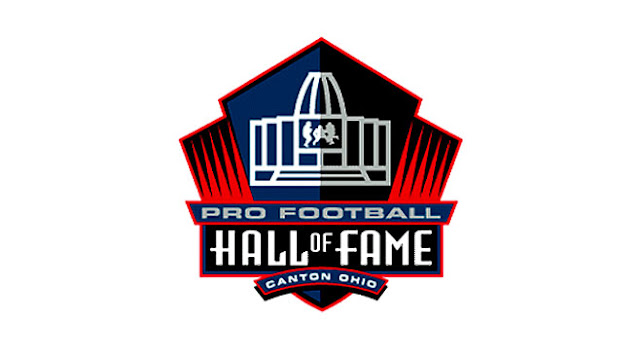 The NFL Preseason kicks off this weekend; Sunday, August 3rd at 8pm on NBC.  The game is between the New York Giants and the Buffalo Bills, and will be played at Fawcett Stadium in Canton, Ohio, right next to the Pro Football Hall of Fame.  If you've never been to the Hall, I highly recommend it.  I haven't been in years but it's an experience every football fan needs to have.  Apparently they've redone it recently and it's even cooler, so I plan on checking it out ASAP.  The stadium itself is a great place to see a football game.  I went a few years back when it was Colts vs Redskins.  The stadium is so small that you feel like you're watching a high school game and the players are literally right there.  Anyway, here's a look at what to watch for during the game.

New York Giants - Last season was a total bust for the G-Men.  They ended up 7-9, couldn't score enough points, win on the road, or win enough in their division.  They actually scored the 2nd least points in the NFC, behind only the Bucs.  So say goodbye to your offensive coordinator and say hello to Ben McAdoo, who will hope to get Eli back on track.  Manning started all 16 games, threw only 18 TDs and 27 INTs.  Not good.  He'll have to improve on those numbers, the worst in his career, if the Giants are to have any postseason hopes.  They lost a ton of key veterans: LB Kieth Rivers, WR Hakeem Nicks, DE Justin Tuck, S Ryan Mundy, DT Linval Joseph, TE Brandon Myers, CB Terrell Thomas, DT Shaun Rogers, and basically their entire offensive line.  But they added some really good talent: OG John Jerry, DE Robert Ayers, CB D. Rodgers-Cromartie, S Quintin Demps, RB Rashad Jennings, WR Mario Manningham, TE Kellen Davis, CB Walter Thurmond, and rookie WR Odell Beckham.  The entire offense is undergoing a big transition with its new OC and new line.  If Eli can have a bounce-back year and if he can get his offense moving, the Giants have a bit of a chance.  But their defense needs to improve as well, especially considering the QBs in the NFC East: Romo, RG3, Foles.  This division is always competitive and every team has a chance, but I don't see another miraculous Super Bowl run in New York's future.

Buffalo Bills - 2013 was a lost season for the Bills.  They went 6-10, scored about as much as they allowed, won a few divisional games, but really made little real impact on the NFL.  E.J. Manuel, their rookie QB, couldn't stay healthy, only starting 10 games and scoring 13 total TDs.  He needs to avoid a sophomore slump if Buffalo is to have any competitive chance.  The offensive remains the same, which should help Manuel, as should a couple new weapons.  The defense will be run by new DC Jim Schwartz, the unlikable ex-coach of the Lions.  Look for the defense to play dirty, be heavily penalized, and try to force takeaways.  They didn't lose a lot of key players during Free Agency: S Jarius Byrd and S Jim Leonhard.  The players they added will help right away: LB Brandon Spikes, CB Corey Graham, LB Keith Rivers, WR Mike Williams, OG Chris Williams, and rookie WR Sammy Watkins.  The team has great weapons at WR and RB, so if E.J. can step up his game this could be a sleeper team to watch put up some points.  The defense needs to get physical without getting stupid.  I don't see Buffalo challenging New England for the division, but they won't be a pushover team either.
Posted by Olie Coen at 2:08 PM