I've been a fan of Geoffrey Rush ever since I saw Quills, a sadistically expressive film that he was perfect in.  He had made his mark before then (Shine, Elizabeth), but that particular role allowed him to show an intensity that I loved, to portray a character that was fascinating.  The talent he brought to the Marquis de Sade is the same that he brings here, as Mr. Oldman in The Best Offer.  He takes the movie upon his back, carrying it whenever it falters, and gives us a story to remember.  It's his remarkable fervor that propels the plot and keeps our attention until the climax, and it's his face I remember when I think back on what I just watched.  If for no other reason, this film deserves a viewing because of Geoffrey Rush, and you won't be disappointed in what you see.

In the art world, there is no greater mind than that of Virgil Oldman.  Not only is he the world's top art auctioneer, but his appraisal talent is unmatched and his eye is razor sharp.  He can spot every forgery, perfectly price every piece, and instruct anyone as to the handling of their art.  That's how he's tricked the entire world into believing that so many masterpieces are worth nothing, masterpieces that are now in his secret possession, cunningly hidden for his eyes only.  These women in the portraits he chooses are the loves of his life, his reason for living.  Until Claire.  The daughter of a rich, recently deceased couple and a complete recluse, this beautiful young woman hides within her own home, hiring Mr. Oldman to handle the sale of her estate.  But she can't hide forever, and as Virgil begins to unravel her mystery he begins to fall for her as well.  He has finally felt the love that has eluded him all his life, and he won't let it slip back into the shadows once more.

I have never seen Rush better than in this role.  He takes Mr. Oldman to heart, fleshes him out, and gives us a character that is sometimes detestable but often strangely endearing.  And it's not a static portrayal, it's one that changes and grows as the film progresses, keeping our interest as well as showing that people change as do their surroundings.  Rush adds nuances to the film that only he could have pulled off; the fastidious glove-wearing, the palpable fear of exposure, the vast range of emotion one can only feel while in love.  He gives us everything, holding nothing back for himself, and the result is a performance of a lifetime.  If only the others around him had been as strong.  Sturgess, Hoeks, and even Donald Sutherland all did a fine job, giving us characters who were well portrayed, but not standing out as irreplaceable actors.  The film could have gone on without them, or with someone else to fill their shoes, and the same could not be said about Geoffrey Rush.

The acting aside, the movie itself was a page-turner.  It was a fascinating thriller, an exciting ride, a heart-pounding who-done-it, but not much more.  The plot sped along quickly, always keeping my attention and forcing me to question why, how, and what.  But the general premise wasn't wonderfully original.  It was a mystery; well done, highly entertaining, and I'm still thinking it through, but I know a cheap hook when I feel one.  I was willing to forgive it in the moment because I was having a good time, because I was invested, and I'm not totally willing to slam it now, but that doesn't mean it was perfect.  The visuals were though.  They were stunning, beautiful, pause-worthy, and added to the feel of the film, which was creepy & alluring at the same time.  The mood of the movie was often oppressive, dark, mysterious, and the art used on set was right in line.  Despite its imperfections, The Best Offer was a film I would watch again; for Rush's great performance, for the drama of the plot, and for the accessible excitement it offered. 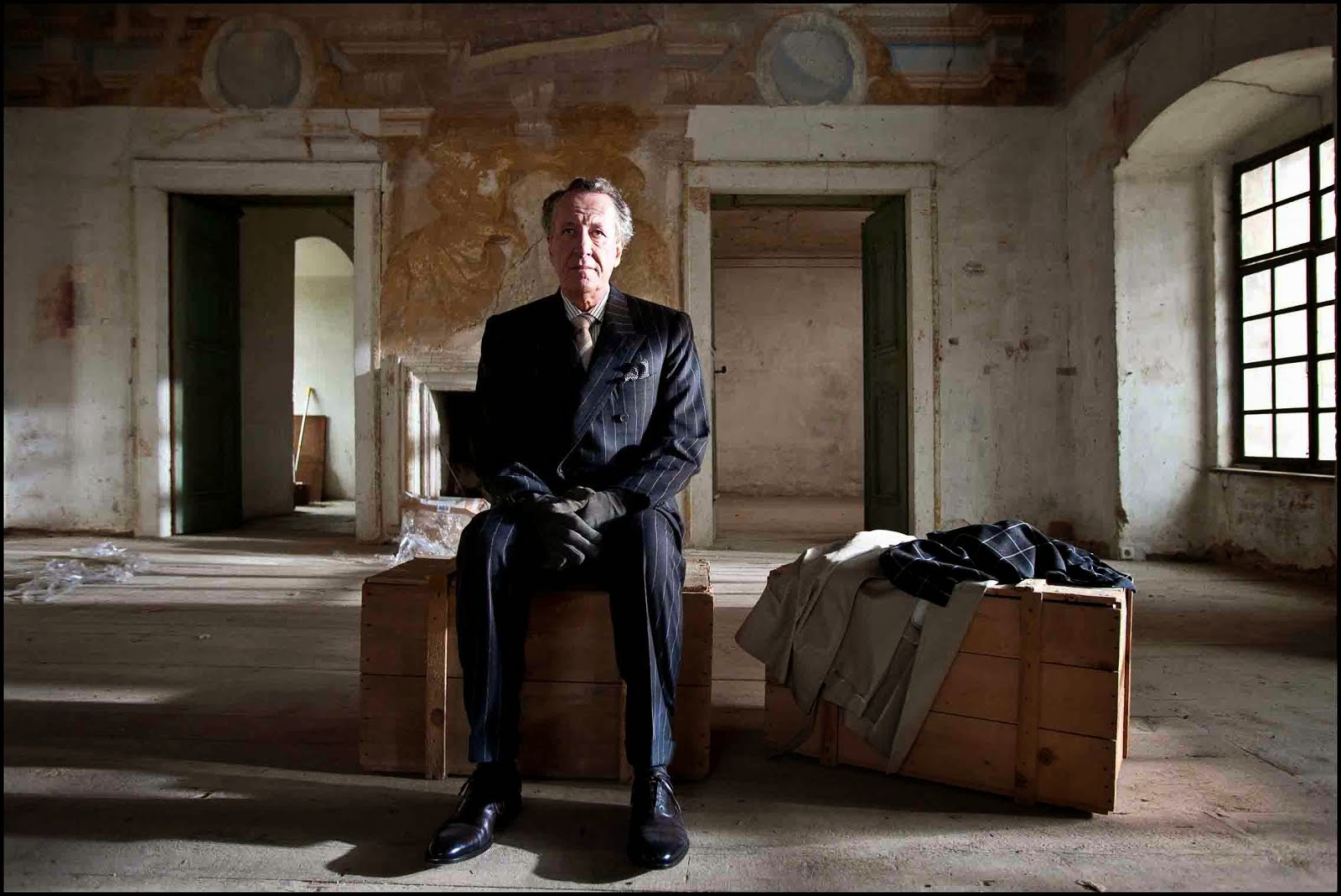