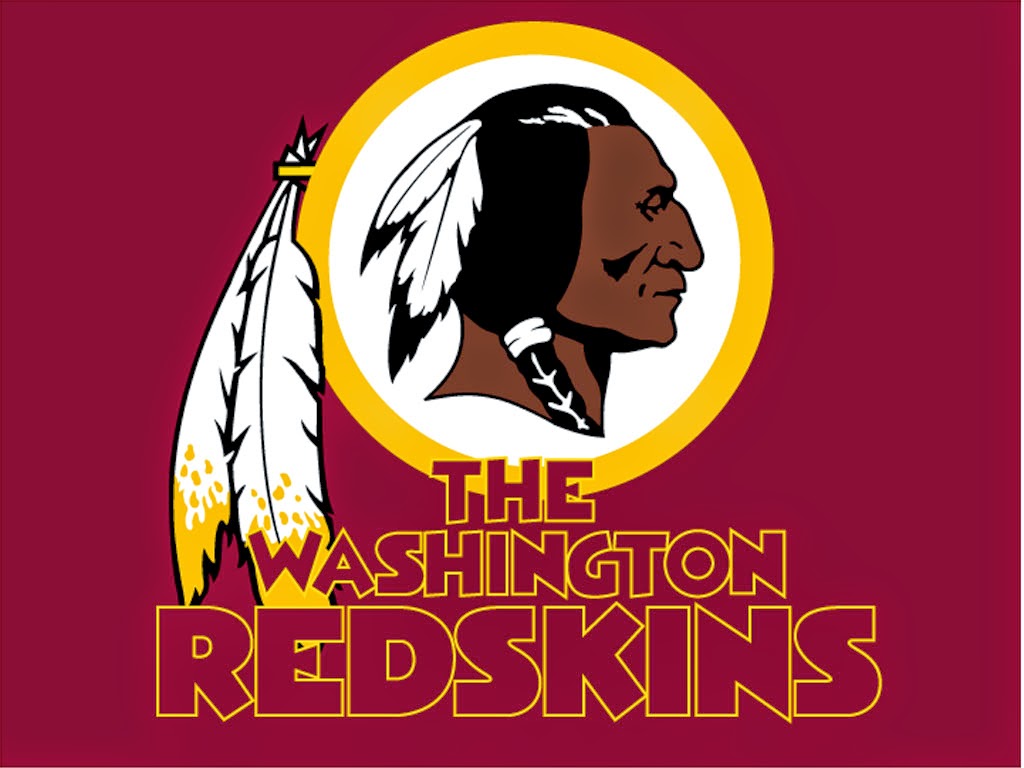 The Washington Redskins have long been associated with controversy.  Their nickname has gained them the ire of the Native American community, as well as others who believe that such antiquated mascots shouldn't exist in our modern world.  And it's not just in Washington that there's a push for change.  All over America team names are being changed, dropping the 'Braves' and becoming the 'Bobcats', recognizing that some monikers are offensive to some groups.  Names like 'Seminoles' and 'Illini' remain, as they are specifically representing groups, not the vague and imperfect idea of Native American culture.  But change is coming across the board, and it's time that the Redskins get on.

Recently the U.S. Patent Office denied Washington their right to trademark the term 'Redskins'.  The move is mostly statemental, but it does exemplify the general feeling toward a nickname that many disapprove of.  Now, some argue that the government has no place here, that no should be told what they can or cannot say.  Freedom of speech issues come up, but the Patent Office isn't making the term illegal, they're just declaring that they can't support or defend a nickname that might be offensive.  The only reason more of us don't support the immediate changing of the name is that most of us aren't Native American.  It's such a small minority, an insignificant percentage when it comes to voting or public opinion that often it's discredited as not mattering and not worth getting behind.  But I think in this case there are reasons to support an issue that has almost no effect on the majority.

First off, it makes us look bad.  The capitol of our country has a team from the most popular sport in our country that refers to the color of an ethnic group's skin?  At what point was that a good idea?  How, as a nation, can we support the continuance of a racist name, however harmless we believe it to be?  It's easy to sit back and claim it's not hurting anyone because we're the majority, the unaffected.  But how must this look to other countries, that we claim equality for all and democratic perfection, yet we are willing to support blatant stereotyping of a group of humans that we basically obliterated from our continent?  If this football team is the face of our nation, we can present a much better product.

How about something patriotic?  After all, the team hails from D.C.  Couldn't they step up, change their name, and become America's team?  Think of the money to be made by swallowing some pride and switching nicknames.  The Dallas Cowboys, an arch rival, have long been considered the face of U.S. football, but the Redskins could take that from them with a minuscule amount of effort.  Imagine the ticket and jersey sales if they became the Washington Americans, of the Generals, or the Stars, or whatever.  Fans everywhere would flock to buy new merchandise, and the patriotic unaffiliated all over the country would begin rooting for a team that represents their ideals.  There is money here, just remember the post-9/11 fervor.  That may sound cheap, but if offending a people doesn't mean anything to the ownership then maybe millions of dollars will.

I guess the point is that there's no reason not to change.  Perhaps neither the government or the populace should be able to force an organization to change their traditions just because a handful might be offended.  But in this case, there's more to it.  We can't support a potentially derogatory term being used as a nickname for a popular sports team that represents our nation's capitol.  Especially when there other, better options that would be easy to switch to.  Admit that times have changed and that your name needs to as well.  Call yourselves the Marines or something patriotic.  Rake in the bucks when fans across the country begin buying your ball caps.  Be magnanimous here and you'll be rewarded for it; it doesn't seem like that difficult of a decision.
Posted by Olie Coen at 11:56 AM