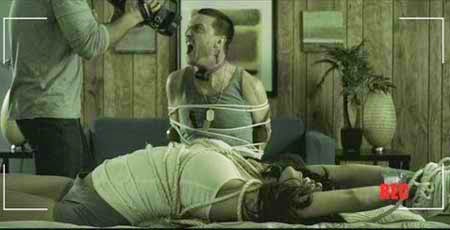 
Sometimes when you make a horror movie by all the standard horror movie rules, fans thank you for it.  It's nice to be familiar with the set up, to know what's coming next, to feel comfortable with a plot line that you love.  A bunch of young people on a road trip, some hot girls, a nerd, the token black guy; we don't mind recurring themes as long as we A) buy into the genre & 2) are given at least a couple original ideas.  But sometimes you come across a horror movie that robs from the successes of the past, delivers the standard story, but fails to add anything new to the mix, becoming a vulture rather than an innovator.  No Vacancy is definitely the latter, a film that starts with a common setup but then never becomes its own project, leaving audiences less than amused. 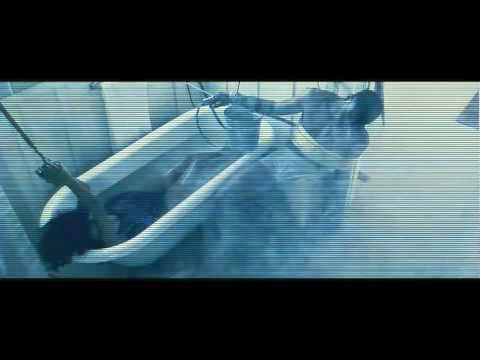 It's time to head to Vegas, baby!  And man is this gonna be one wild road trip.  Seven friends head out in an SUV across the desert on their way to a fun-filled weekend of gambling & drinking.  You've got Todd & Claire, the attractive couple, Jordan & Brandy, the hilarious ones, Ryan & Anna, the friends with an edge, and don't forget Phil, the loner with the handheld camera.  The friends are ready for a party and raring to go, when all of a sudden they blow a tire.  No, make that two tires, with only one spare on board.  So the girls stay cool in the car while the boys go looking for help.  And wouldn't you know, down the road a ways is a tire store/mechanic/bar/hotel.  How convenient!  All the employees at the plaza are super friendly, willing to lend a helping hand, and at no cost whatsoever; what a lucky find.

And so the group spend the night.  But not before going wild on free drinks, pairing off & hooking up, and basically getting crazy.  That flat tire was a bummer, but things are looking up and Vegas is just around the corner.  Morning finds the friends groggy from their revelries, not really able to recall much of what happened, and a little weirded out by the fact that no one else seems to be around.  So this is when the fun begins.  Turns out, the happy plaza people aren't so friendly after all, and have some wicked games in mind to play today.  The games involve capturing and torturing the couples, usually while one of them watches and/or assists in the death of their lover.  Good times!  Can anyone escape alive, or will they all become cut up co-eds?!

It all started well enough.  I'm a big fan, as are so many, of the horror genre as a whole.  I don't mind the standard set up, the friends going on vacation, the killer on the loose.  That all can be so fun and so funny, an entertaining way to see some gore & nudity that's usually quick, clever, and tongue-in-cheek.  And No Vacancy began that way, a homage to the horror that had come before, a classic take with a modern twist.  The road trip, the pretty people, the creepy hotel; the first half an hour is quality horror.  Now, not everyone will agree, some would see it as crap from the very beginning.  You'd better be a fan, otherwise you'll hate what you get here.  But assuming you've seen your fair share of slashers, the beginning of this film is for you.  It's the rest that sucks.

After a strong start, the movie tanks.  What begins as a classic plot quickly turns into no plot at all.  People get ripped apart, murdered violently, drugged, shocked, often out of hand and always uninterestingly.  It's like, after the first thirty minutes, everyone gave up and decided to just wing it.  The plot fell apart, the killings became stupid, and the action began to make no sense.  They tried to tie it all together with a lame back story, but it was so juvenile it couldn't be taken seriously and failed to do anything more than add to the idiocy of the film.  And wow was the acting bad.  Again, right at first I thought we were gonna be OK, everything was going well.  But then people started attempting to act and all hell broke loose.  Sobbing violently, running around screaming, holding people at gunpoint; the cast lost control of themselves or the director left the set or perhaps they all agreed to just give up.  Whatever happened, it was bad, and the film became hard to even watch. 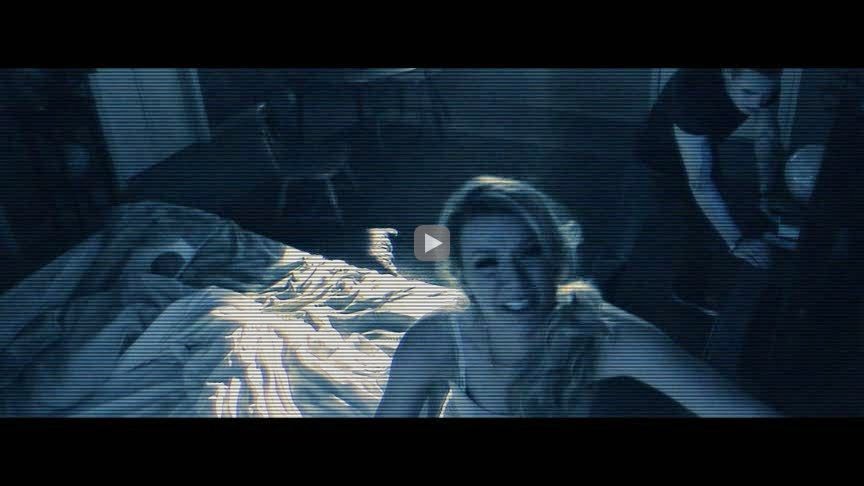 Video - With an aspect ratio of 2.35:1 (16x9 Widescreen), you might expect high quality video, but that's not what you get.  Some of the shots are nice & crisp, done very well.  But so much of the film was shot using a hand-held camera, a camera that was loosely worked into plot.  That quality was, of course, bad and didn't really need to be there.  Then there was the security camera footage, again very low quality and pretty unnecessary.  So don't watch this movie for great visuals.

Audio - The DVD was done in Dolby Digital, with an option to turn on either English or Spanish subtitles.  There are no other audio options.  The sound quality was fine, whatever.  There were no problems, but how clearly do I need to hear "Oh my god, why are you doing this?!"  There wasn't much of a soundtrack to speak of either, so the audio was pretty unimpressive.

Extras - The only extras are a few trailers: No Vacancy, Killer Holiday, The Cabin in the Woods, and You're Next. 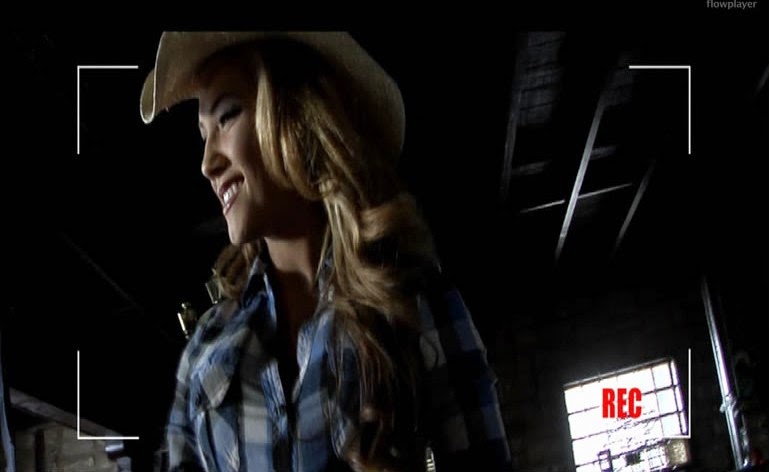 Skip It.  What started as a promising horror flick quickly became just another throwaway slasher movie.  It began with a standard backdrop, but lost its way and just started hacking away at both the characters and the story.  Fans of the genre will recognize a lack of originality here, while those who don't like horror should run for the hills.  The video quality was marred by useless additions, the audio quality was so-so, and the extras were few.  Not a film I would recommend to anyone really, as it failed to entertain or captivate me, and isn't worth much of your time.