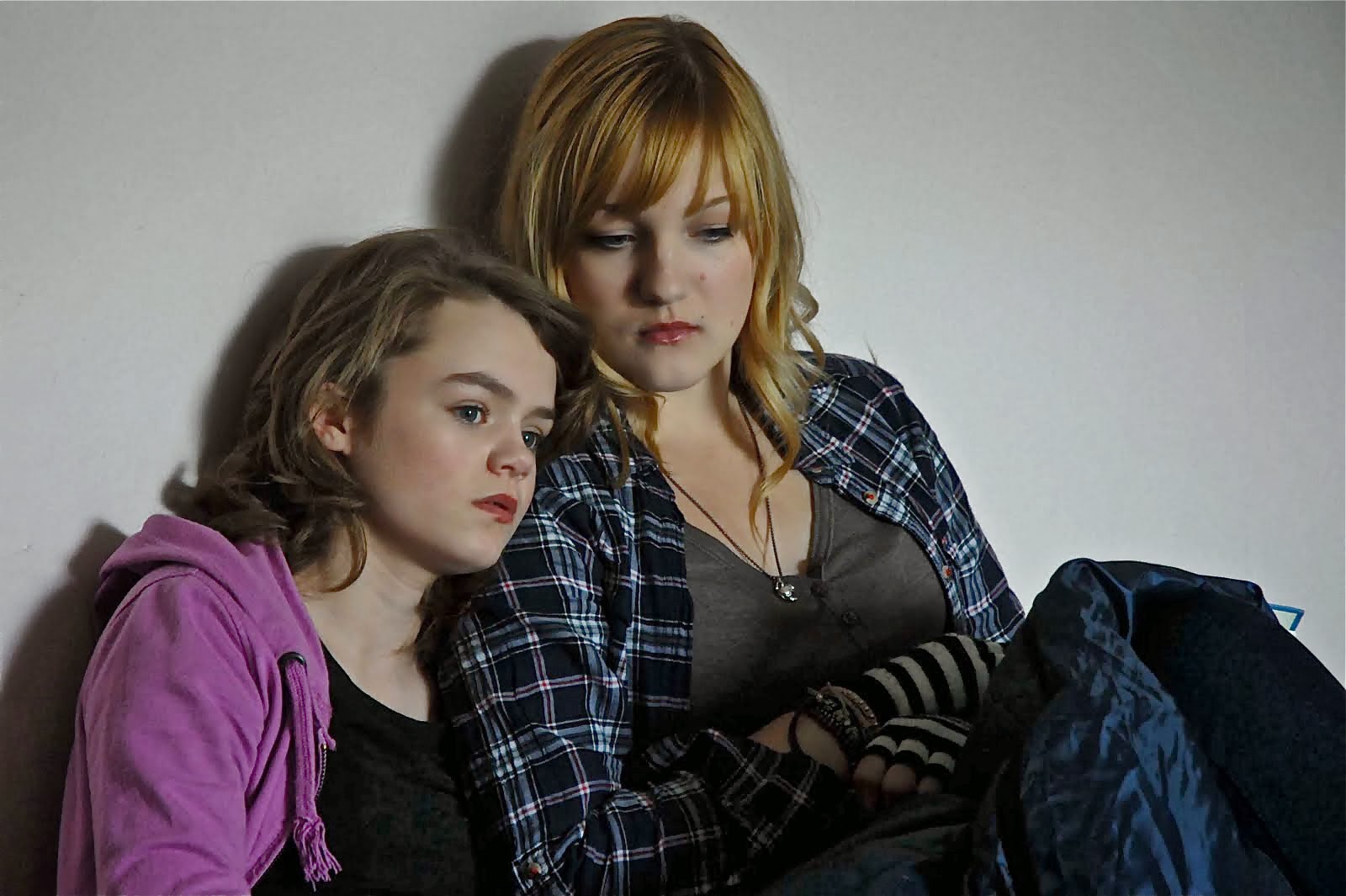 
I've been tricked; I thought this movie was going to be cool.  After reading the description it looked like it was right up my alley.  Post-apocalyptic world?  Yes please; I love movies about the breakdown of society and the survival of the small group that's left.  Irish people?  Or course; everyone knows that Irish people are cooler than whatever you are, from their awesome accents to their excellent usage of swear words.  And a literary theme?  Always welcome; this film was originally titled Railway Children and the sisters in the story read that book to each other as they travel.  So after piecing together the parts I figured there was no way this movie couldn't be good, it had everything!  Turns out I was wrong and Children of a Darker Dawn is probably one of the worst films I have ever seen. 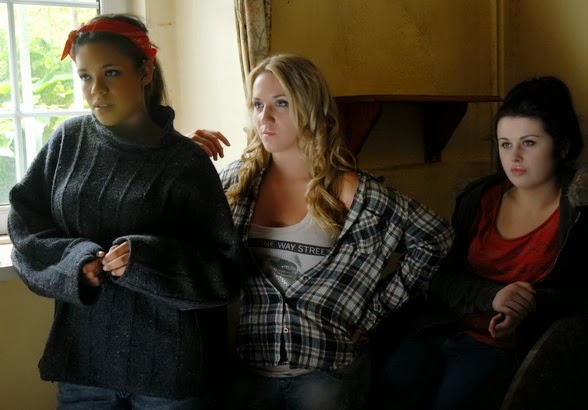 The main characters of the story are Evie & Fran, sisters who are trying to survive & take care of each other after an apocalyptic event.  A flu-like virus has swept the world, causing sickness but worse than that causing mental illness.  Victims literally lose their minds, harming themselves & others in the process.  But the oddity of the virus is that it only affects adults.  So as their parents deteriorate right before their eyes, children are left to fend for themselves, to defend themselves, and to make some extremely tough choices.  Evie & Fran are on their own, their parents having died.  They don't know where they're going, don't have a specific plan, they're just trying to survive one day at a time on canned food, traveling the countryside looking for a place to settle perhaps, a place to call home, or at least a place that's safe.

Along the way they stumble upon a small group of teens led by a female bully who enjoys beating up her own sister.  The pathetic sister's name is Alice, she has pink hair and barely talks, but she joins Evie & Fran, creating a trio of girls on the road.  But when Alice's sister's gang steals their food, the small team must get it back if they are to have any chance of survival.  They track the bully, meet her crew, and demand their food, only to be told they can't have it.  The only one of the group that sticks up for Evie & Fran is Helman, a sensitive boy who wants to help out.  Perhaps he has feelings for Evie, perhaps he just wants a change, but he makes the decision to go with the girls when they leave.  This doesn't sit well with the gang, and Helman will have to make some hard choices if he wants to actually leave his old mates & start fresh with a new girl and a new quest. 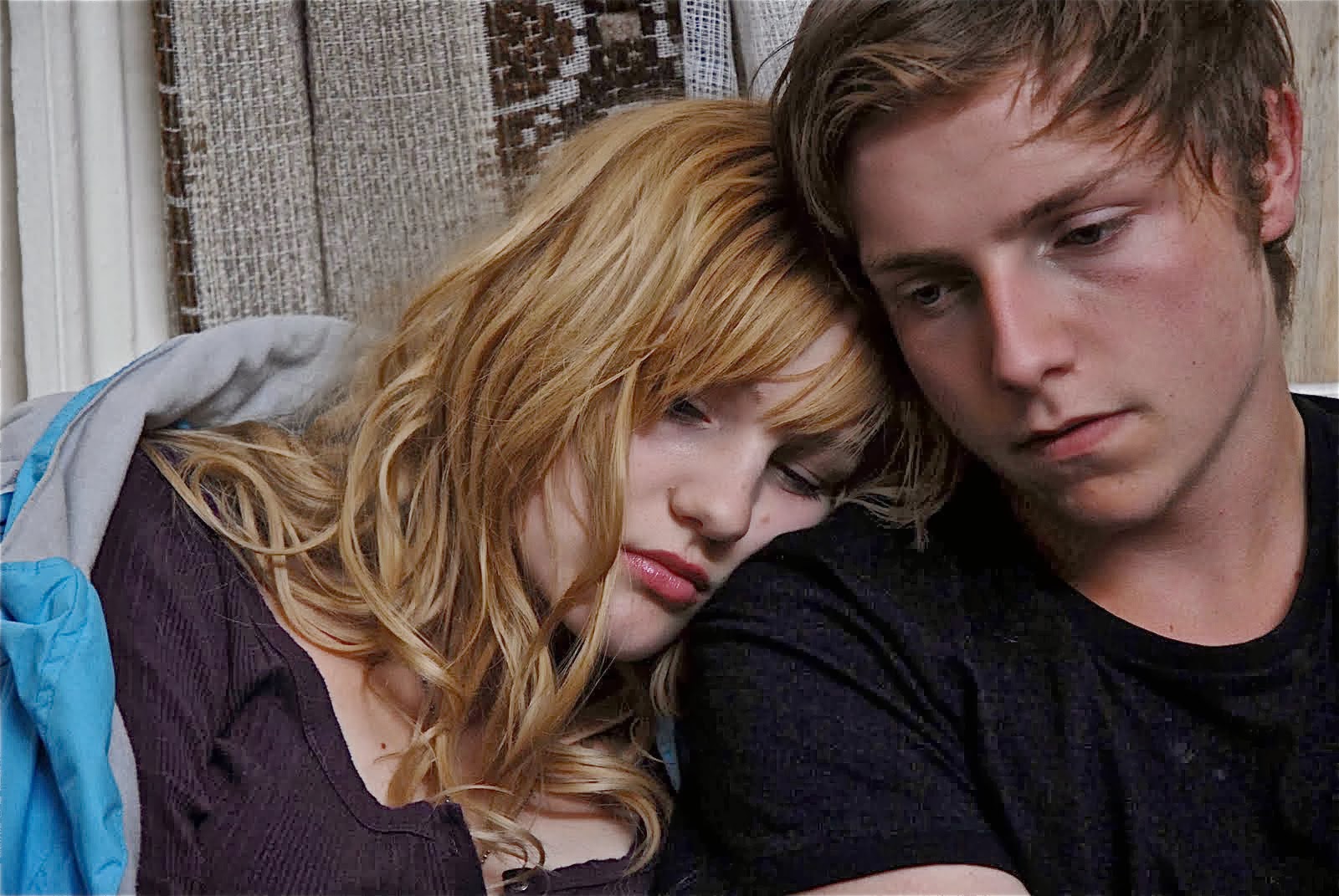 The more I think about it the more I'm sure I'm not exaggerating when I call this one of the worst films I've seen.  It was unbearably bad, so much so that I considered turning it off for perhaps the entirety of the film.  Two minutes in I knew I was in trouble.  It was nothing like how it sounded.  It wasn't cool, wasn't dystopian, wasn't interesting, wasn't much of a movie at all.  It was a complete failure of a film, failing to produce anything remotely resembling a good movie.  The best that can be said about it is that the Irish accents were indeed nice to listen to.  That's it, that's literally it.  The rest of the film was complete crap, with no redeeming qualities or promising aspects that kept my attention, got me interested, or would make be search for a few positives.  There just weren't any positives, it was all bad.

The worst part about the film was that it felt like a middle-school play.  It was like I was an audience member in a theatre where they used an actual house for a set, played awful music in the background, and had the actors sit around talking about their feelings for an hour and a half.  It was torturous, so incredibly bad that I wanted to unwatch every scene after it was done.  And there was no humor, no tongue-in-cheek, no pun to make it a good B-movie.  They were serious throughout, someone made this and thought it was good.  Someone brought a bunch of teens together and told them to act sad & hungry. Well, they tried I guess, but they didn't do any better at being dramatic than my sister & I did when we put on plays for my parents in the basement when we were seven & nine.

I just don't understand who watched the final cut of this movie and decided it would be a good idea to release it.  And I also don't understand who the thirteen users are on IMDB who gave it a collective 6.8 out of 10 rating.  I can believe only thirteen people saw this film, but I can't believe that anyone other than the parents of the children acting in the film could like it in any way.  It was just that bad.  Bad acting, worse script, terrible flashbacks, awful editing, no flow whatsoever.  I hesitate to even call it a movie; it was just some kids pretending for the camera, being told what to say by some strange man who though this all was a good idea.  Well it wasn't, Jason Figgis, it wasn't. 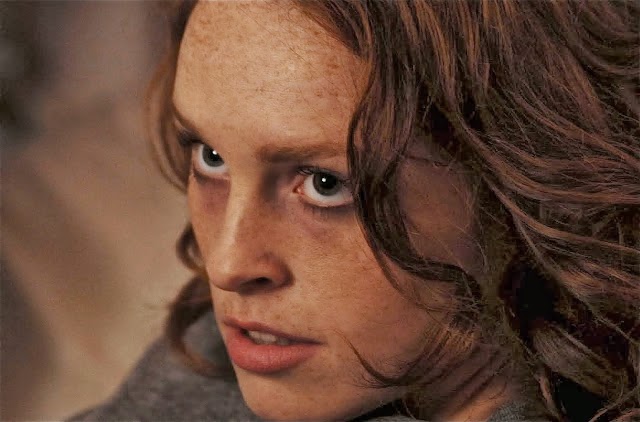 Video - With an aspect ratio of 16:9 HD the video quality should have been better than it was.  I'm not sure what kind of camera they were using, but it must not have been very good, because the picture of the film was grainy, amateur, and very unpleasant to look at.  They gave a little blue hue to any flashback scenes, but that just seemed stupid rather than clever.  And I guess you could argue that the filmmaker wanted the picture to look gritty to match the mood of the film.  Fine, the mood & the video matched, they were both crappy.

Audio - The disc was done in Stereo.  You read that right, Stereo, and there are no audio options on the disc.  The sound quality was poor.  Some voices were hard to hear, the balance was way off, background noise was distracting at times, and everything was just badly done.  Again, perhaps they used low-grade equipment, but that's not really an excuse.

Extras - There is a trailer for the film on the DVD, and there is also a music video for a song called "Just the Next Chapter."  It's sung my two minor members of the cast and includes some footage from the film.  It's a fitting goodbye to such a terrible movie. 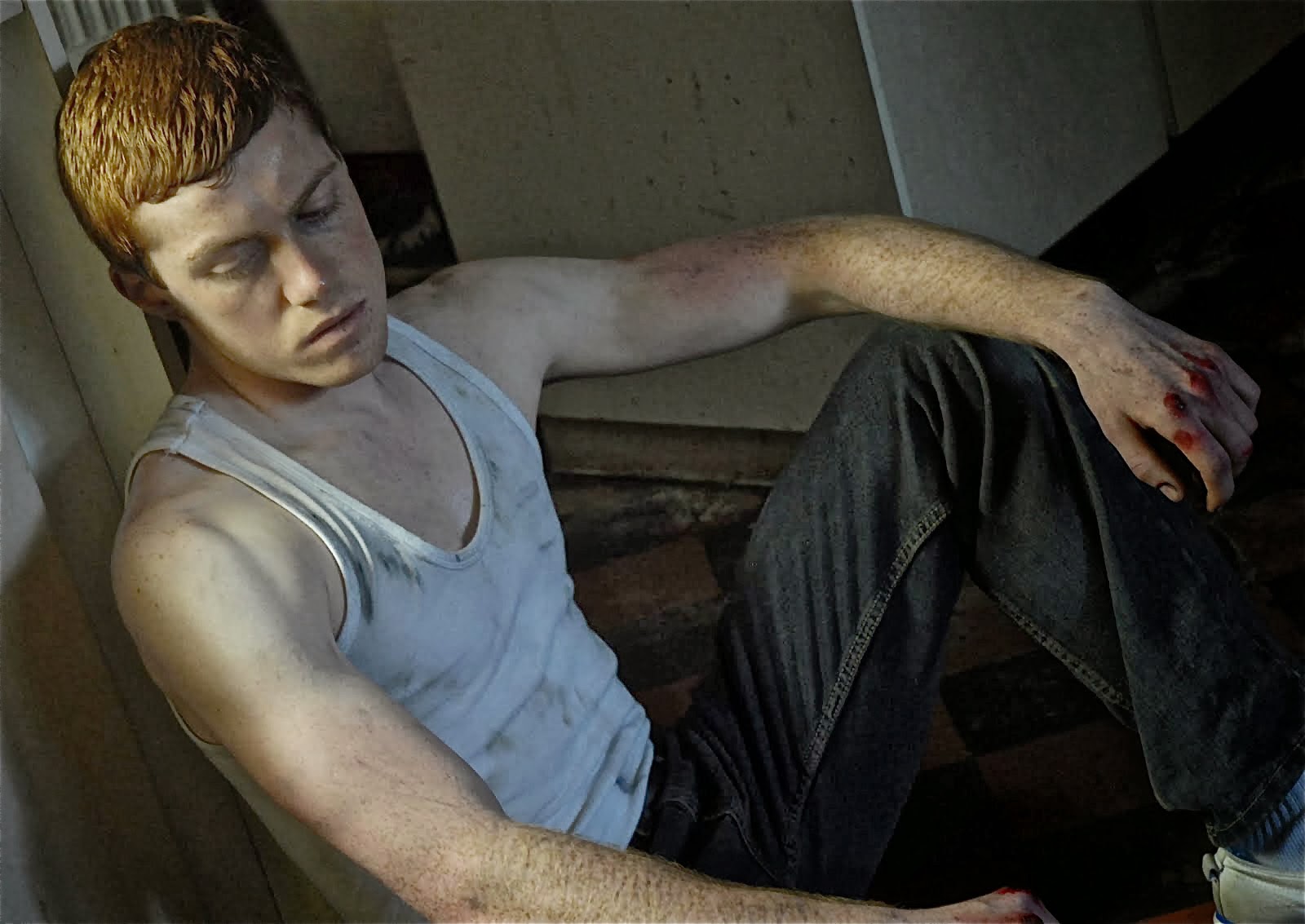 Skip It.  It's hard to push across how bad Children of a Darker Dawn was, but I also don't recommend that you try to find out for yourself.  It's just too awful to watch.  The idea was there for a good film, but the production was so incredibly bad, as was the setup, the acting, the music, the mood, the editing, the direction, everything.  And the DVD was poorly made as well; bad video, bad audio, and bad extras.  An almost unwatchable movie with no redeeming qualities and a complete waste of your time.