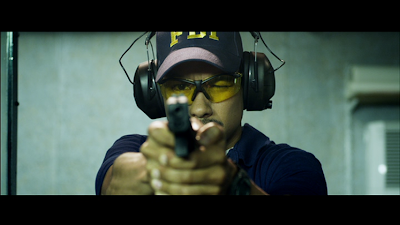 
I knew absolutely nothing about this movie going in.  I had never heard of director Bryan Ramirez or his other projects, I had never seen Jeremy Ray Valdez in anything before (although he's actually been in a lot, especially TV appearances), and I hadn't even fully read the plot.  The only part of the film I was familiar with was actor Will Rothhaar who I recently saw in Killing Kennedy and remember from some of his child roles.  But otherwise I had no knowledge of the movie & therefore no expectations great or small.  It's nice to go in with a clean slate, ready for whatever might come, be it good or bad.  And with Line of Duty there was a little of both in degrees, crafting a mediocre movie that didn't make me overjoyed that I had watched it but also wasn't a complete waste of time. 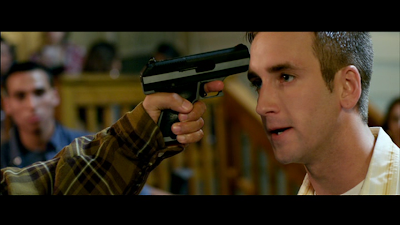 The story follows the lives of four childhood friends who have an everlasting bond that endures no matter what.  They are connected by an awful event that will forever haunt them; the killing of a waitress in a local cafe.  Two of the boys (Jason & Derek) wanted to rob the restaurant, while the other two (Bobby & Julian) wanted no part of the crime.  When the misguided attempt led to the woman's death, the four friends were tied together even tighter than before, with a secret that would hold them forever.  But even close friends go their separate ways; Bobby & Julian graduated from high school, went on to college, and began careers, while Jason & Derek stayed behind to manage however they could in a hometown slowly transforming into a criminal's paradise.

Fast forward through the years to Academy Graduation, where Bobby & Julian become official members of the FBI, sworn to protect & uphold the law.  Their first assignment; infiltrate the crime ring of their home city, pose as criminals themselves, and get into the inner circle of the drug boss who is running the show.  Their way in is through Jason & Derek, now elite members of this illegal syndicate.  But it's more complicated that just that.  The dark secret that the friends hold is hanging over their heads, their past feuds come bubbling to the surface, and a love that was left behind by Bobby might endanger the entire mission when it returns to his heart.  There are no easy choices, no simple answers, and nothing will end cleanly. 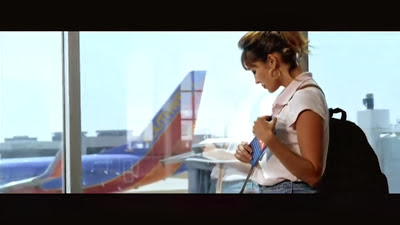 Perhaps because I had no expectations going in I was actually pretty surprised by the quality of the storyline and the strength of the plot.  It was like a Latino version of The Departed; double crosses, undercover agents, drugs, prostitutes, burgeoning love, and of course guns galore.  You could probably make a case for calling it a complete ripoff, but hey, imitation is the highest form of flattery.  The film definitely took a lot from other projects and never felt very original or ground-breaking, but that can be forgiven given Scorsese's success and the way that American audiences eat up crime, violence, drugs, sex, police agencies, and double agents when they go to the theatres.

So I didn't mind that it was a pretty blatant copy, but I would have been even more forgiving had the acting in the film been anywhere near as good as in the movies that set the stage for this one.  Jeremy Ray Valdez, playing the lead, was especially bad.  He was a college-level talent at best and was totally unbelievable as either a criminal or an emotional human being.  His voice over was actually his best work, and I don't even like narration, but he sounded the part of the storyteller more than he looked the part of the cool & angry undercover cop.  What makes it worse was that he was the definitive main character, bringing down every scene he was in.

The actors around him were a mix of surprisingly good & exceedingly bad.  Both Walter Perez as Jason and Will Rothhaar as Julian were quite strong, turning in believable performances that were enjoyable to watch and commendably solid.  Joseph Julian Soria as Derek and Fernanda Romero as Gina the ex-girlfriend were both fairly terrible.  He was only good when he wasn't talking, while she reminded me too much of Farrah Abraham, and not in a good way.  So the acting was hit or miss, with most of the emphasis on "miss", but the film itself wasn't that bad.  It could have been much worse, but the director stuck to a story that he knew worked, kept the action simple, made the movie short & sweet, and in the end delivered a buyable package. 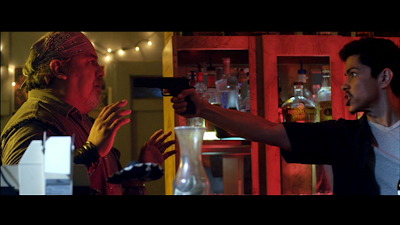 Video - With an aspect ratio of 2.40:1, the video was really nice.  The film was shot using a Red One Camera and the video quality came across very strongly.  The colors were rich, the shots crisp, and the overall picture quality was very high with no errors or problems.

Audio - The disc was done in Dolby Digital with an option to turn on either English or Spanish subtitles.  The sound quality of the film was fine, but nothing amazing.  There were no obvious problems with balance or editing, but the audio wasn't a big factor in any way.

Extras - There are seven deleted scenes on the DVD, with an option to play them one at a time or all at once: Young Jason Kills Cook, Middle School Fight, Jason and Gina, Initiation, Gina Texting, Gina Running Things, Father and Son Talk.  There are also five trailers: Line of Duty, The Frozen Ground, Empire State, Caught in the Crossfire, Freelancers. 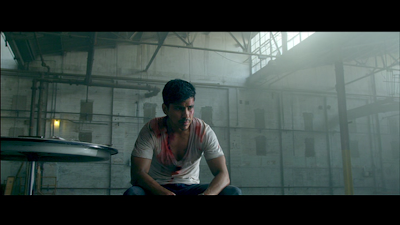 Rent It.  Line of Duty is no more than a fine film.  It takes a proven plot, puts it in a new setting, casts some relative unknowns, and tries its best.  It's mediocre, not horrible, but could have been much more had the acting risen to the level of the stolen story.  The video quality is very good, the audio quality just OK, and the extras are there for your enjoyment.  All in all, not the worst way you could spend 100 minutes, but nothing you would rave about the next day either.