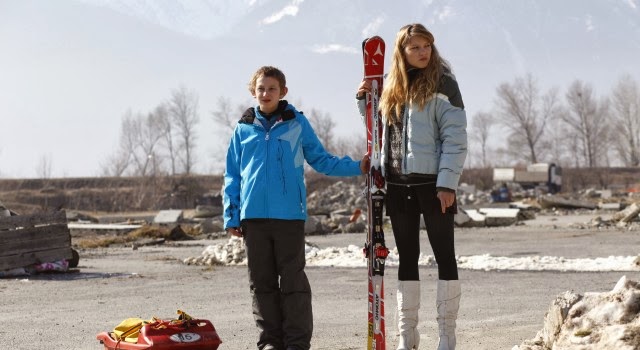 
Lea Seydoux is having a nice last couple of years, becoming the star that you've never heard of, the French Jennifer Lawrence if you will.  The 28-year-old actress from Paris is making a splash in American cinema with roles in Inglorious Basterds, Robin Hood, Midnight in Paris, and Mission: Impossible - Ghost Protocol.  She's also slated to appear in The Grand Budapest Hotel and Beauty and the Beast with Vincent Cassel.  Of course, right now the buzz surrounding her is her participation in Blue Is the Warmest Color, an explicit and controversial film about a young lesbian relationship.  But lost in all this is a little-known movie she took part in almost two years ago called Sister, a French language film by director Ursala Meier and featuring, oddly enough, Gillian Anderson of The X Files fame.  I had no idea what to expect going into this one, given all the pieces, but I came away having enjoyed a quality film, if one that deserves its spot just under the radar. 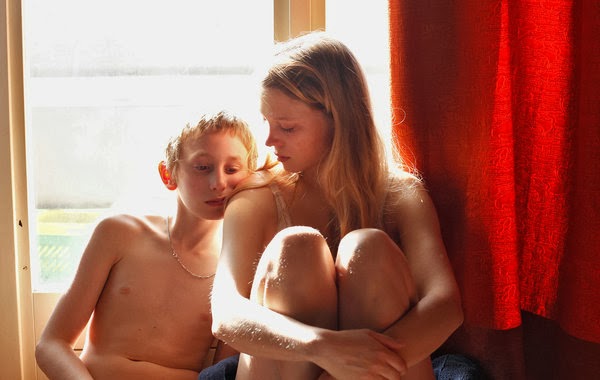 Originally titled L'enfant d'en haut, this is a story of a relationship between a brother & a sister, how they survive on their own, and the lengths they are willing to go to for each other.  Louise, the elder, is lost, depressed, and basically helpless.  She spends her time going on "vacations", escaping from the real world in the company of some young man with a car, spending all her money, and then coming home to the relative responsible care of her little brother.  Simon is the provider of the family, making a living by working the slopes of the local ski resort.  He's a thief, a bold taker of anything that's not locked up, be it skis, gloves, masks, toys, or sandwiches.  He sells his stolen goods to buy the basic necessities of life and to keep his sister fed, working to support a very small family that needs him just as much as he needs it.

Life is difficult for Simon up on the mountain.  He steals but people don't always buy.  He knows everything there is to know about skis, and yet doesn't know how to ski.  He hobnobs with the rich and then goes home to eat their stolen snacks, surviving any way he can, keeping his sister alive & safe despite her self-destructive tendencies.  The relationships he forms on the mountain are fleeting; a partnership with a Scottish worker, a thieving team with a little boy, a bond with an English woman whose family he longs to be a part of.  And although sometimes he gets away with his crimes and makes some quick cash, other times he is caught, beat up, thrown out, treated like garbage, and made to feel like an insignificant speck upon the broad face of the mountain that he calls home. Let's touch on Lea Seydoux first, since she's the most current name is this movie.  Well, apart from Gillian Anderson, but that falls under the category of cameo more than anything else, although she does a fine job with the small part that was given her, and it would be a stretch to call her "current".  Seydoux is the up-and-comer, if she hasn't already arrived, and a lot is asked of her in this film.  It's interesting because Simon is definitely the main character and provides the majority of the action, but his sister Louise is the one who is necessary to create a foundation for the story, a depth behind the why of their family, an unspoken history if you will.  And Seydoux pours a lot into a role that calls for very few words, speaking mainly with her body, her expressions, her presence.  She creates a very strong character with a complicated back story, and yet somehow manages to remain in the background and to supply a lot of emotion to the film.

Simon is the catalyst, the narrator in a way, and Klein plays him very well.  He's only been in two movies before this one, and a lot is asked of him in this film, but he has the talent to pull of the very difficult task.  Simon is a fascinating character, a kid who is thrust into the role of an adult, forced to be responsible and yet still needing the love that all children need.  This idea is represented in a heart-breaking scene where he actually pays his sister for the right to sleep next to her, desiring emotional contact so much that even this simple act is worth so much to him.  Klein does an excellent job of playing the savvy & street smart boy who is just a kid despite his big words, someone who can steal with no transference and then goes home to tuck his older sister into bed after she has passed out and spent all their food money.  A difficult role for a young man, but he pulls it off.

So the acting in the film is spot on and the relationships portrayed are all well crafted.  And yet the film as a whole is not something that will wow you.  By the time the story was over I'd grown tired of seeing Simon ride the gondola up the mountain, bored with all the scenes of him taking things from backpacks, trying to sell them, and then going home to wash some clothes.  There was a small climax and/or twist set into the plot and I enjoyed the movie up until then, but after that I felt like I had understood the point and was ready for the end.  Perhaps the film could have used some better editing, some quicker scenes, or an improvement in music; the soundtrack was horrible, very distracting, and didn't add anything to the emotion of the scenes.  Whatever was missing, I enjoyed the movie, liked the characters, and thought the acting was great.  But I was left wanting something else or perhaps wishing the film had been more polished, something to take it from mediocre drama to memorable movie, and that just didn't happen. 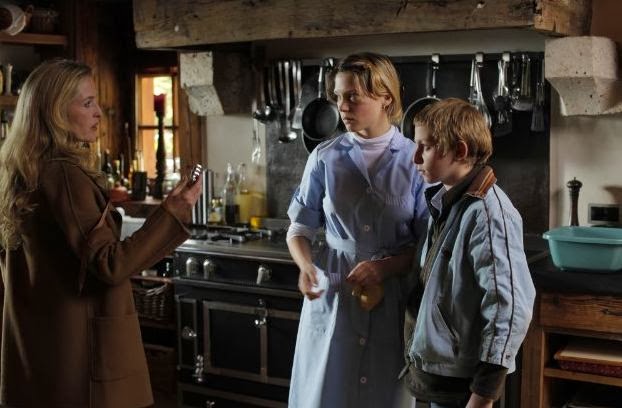 Video - With an aspect ration of 1.85:1, the video is very nice.  The film was shot using an Arri Alexa camera with an Angenieux Optimo lense.  The picture quality is high, with some beautiful mountain shots, nice color, and a good balance.

Audio - The disc was done in Dolby Digital and the audio is just fine, with no problems.  There are no language options on the disc; the film is in French with English subtitles.  The sound was mixed well with no mistakes, but the soundtrack was quite poor.

Extras - No extras appear on the DVD. 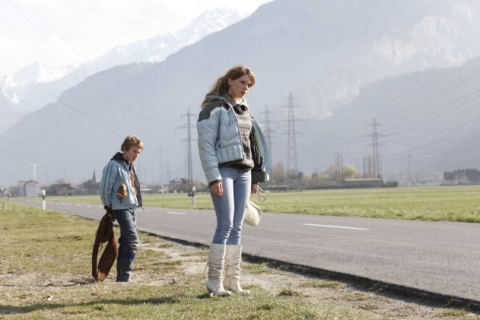 Rent It.  Sister is a strong film with solid acting, but not one that will blow you away.  The leads play their parts well, there are some beautiful shots, but the movie as a whole is one that is lacking in something special, a polish or an eye for detail, and that lack keeps it from greatness.  The video quality of the film was good, the sound was fine, but there are no extras on the disc.  A good movie, not an amazing one, but one that has strengths to showcase if you care to search fro them.