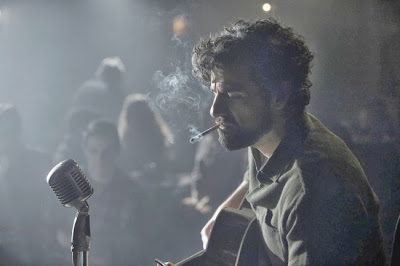 There is an extreme lack of great directors in the industry.  Great stories, great actors, great music; that's abundant, that's not hard to find.  But great directors are at a premium.  So many films have all the right pieces but fail to live up to their potential.  A great lead male, a stirring plot, an excellent composer; put all these together and the result should be an amazing movie.  But so often the director stands in the way.  After all, the director is in control, he or she is responsible for crafting the picture as a whole, and too often their talent level isn't up to par.  This is why we get so excited when a film is released by a trusted name: Scorsese, Spielberg, for me Wes Anderson, and for many of us, the Coen Brothers.  These directors are the great ones, they create amazing films where others would miss the mark.  They can work with household names, no names, famous books, original scripts, whatever, and produce quality films time and time again.  And in the case of the Coen Brothers, some of the best and most iconic films of all time: Fargo, The Big Lebowski, O Brother, No Country, and now Llewyn Davis, a movie that ranks up at the top, another superior film from superior directors.

Llewyn is a lost soul in many ways, a man alone.  He lives in New York City in the 60s, traveling from couch to couch to crash for the night, to store his meager possessions in the homes of others, to warm himself up during the frigid winter.  He's a folk singer by trade, catching gigs at local dives, trying to make it big as a solo artist after the death of his singing partner.  But nothing seems to go right for Llewyn, whether on account of bad luck, bad karma, or bad decisions.  He loses his rich friend's house cat and then carries it around the city.  He finds out that Jean, his best friend and worst enemy, might be pregnant with his child.  His solo record is bombing and so he's dead broke.  He travels across the country with strangers for no true reason.  He is adrift, depressed, on his own, confused, has no future, and can't seem to stop the maddening cycles that drive his life.  A week in the life of Llewyn Davis is a collection of mistakes and heartbreaks set to the soundtrack of his guitar. 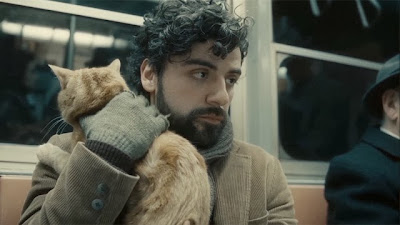 And this is what great directing is.  Perhaps we assume all directors should be able to put together a film like this, but they just can't.  There are few who have the talent and ability to create movies that come as close to perfection as possible, and the Coen Brothers are definitely the cream of the crop.  Inside Llewyn Davis is just another amazing film, another story that they did completely right, delivering just one more movie to solidify their genius.  And it seems so easy, so simple, that's the incredible part.  The characters in the film speak for themselves through their actions, show their emotions through their faces, don't need heady dialogue or narration or forced visuals.  The story is subtle, the comedy is sudden, and the drama is rooted deeply in reality, not created on a whim for a cheap hook.  The film was honest, sad, minimal, and yet full of a dark truth that pressed in from all sides as you watched, creating moments that were shallow and fleeting on the surface but were so wonderfully rich underneath.

The key to pushing across this phenomenal depth was Llewyn himself, played by Oscar Isaac.  He was so engaged, so perfect, so believable, and he never had to be over-dramatic or obvious.  The subtlety of his acting was refreshing; it's so rare that an actor can and chooses to speak with his eyes much more than with his words, allowing audiences to understand the emotion behind the scene without being force-fed tedious lines and disingenuous feelings.  One of the ways he "spoke" was through the music, incredibly beautiful and poignant folk songs that led the way through the film, acting as a guide on the journey.  And as a Coen Brothers fan, that journey was highly reminiscent of O Brother, with even a small Ulysses/Odysseus reference thrown in for good measure.  The film was part Coen part Kerouac, a both soulful & pointless snapshot of the life of a troubled & talented young man.  Inside Llewyn Davis is an amazing film, one whose parts come together in a way that not many can achieve.  It's the best movie of 2013 that I have seen, and would get my vote for Best Picture, Best Director, and Best Actor.  A must-see, a directing masterpiece, and a superb film. 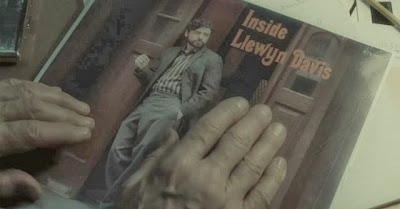