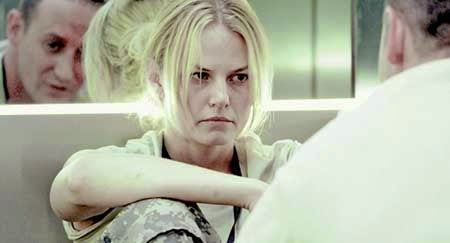 With a title as bad as Alpha Alert, expectations are pretty low.  The content doesn't sound much better; soldiers trapped in an elevator and dealing with stuff.  Coming in, I imagined an action movie inside a box, a melodrama suspended in the air.  But that's only partially what I got.  Perhaps we underestimate the power of surprise, the intelligence of pitching low and selling high.  Because when this film was better than I thought it would be, I was willing to call it great.  It isn't great, that's the point, but based on my own preconceived picture I was expecting something far worse.  Give some credit to the director and producers for creating a movie that is deeper than it appears, has more to say than its crappy title, and delivers a good, if not spectacular, product. 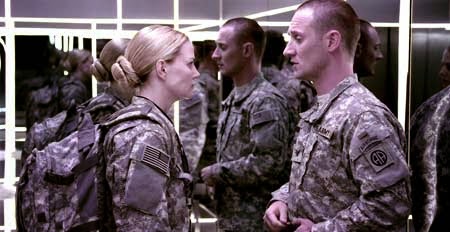 The life of a modern American soldier is anything but simple.  Having returned from combat, three unconnected soldiers are having similar problems.  Captain White was tortured by the enemy and can't get over what she had to do to survive.  She doesn't feel safe around her daughter, like she's putting her in jeopardy, like the war wasn't left behind in another world.  Sergeant Oldsman may or may not be the murderer of children.  Following orders isn't easy, especially when those orders are to kill, and he's now carrying around the cries of the dead everywhere he goes.  And Private Diego can't separate his personal life from his work, as his best friend now has a head injury from a mission they were in together, a routine day gone wrong that spelled the end of normalcy.  All three soldiers are dealing with combat in their own way, but all three are showing signs of Post Traumatic Stress Disorder, finding it impossible to live happy lives after terrible ordeals.

After psychiatric sessions, they all find themselves sharing the same elevator on the way home, an elevator that inexplicably breaks down.  They're stuck between floors with no way out and phone calls aren't reaching anyone.  When the emergency intercom finally brings a voice, the message is nothing but bad news.  Something is happening outside that's making rescue impossible, an event that's forcing D.C. to its knees and keeping help from coming to the trapped soldiers.  But something is happening inside the elevator as well, as it becomes a pressure cooker, exacerbating the mental issues faced by all three soldiers.  As they fight to figure out what's going on, they also fight to survive, coming face to face with their fears and memories in a way that can't be ignored.  They'll have to work together in order to get out, but that might be impossible, as they lose control in the face of death, relive their trauma in what has become a prison that they might never escape. 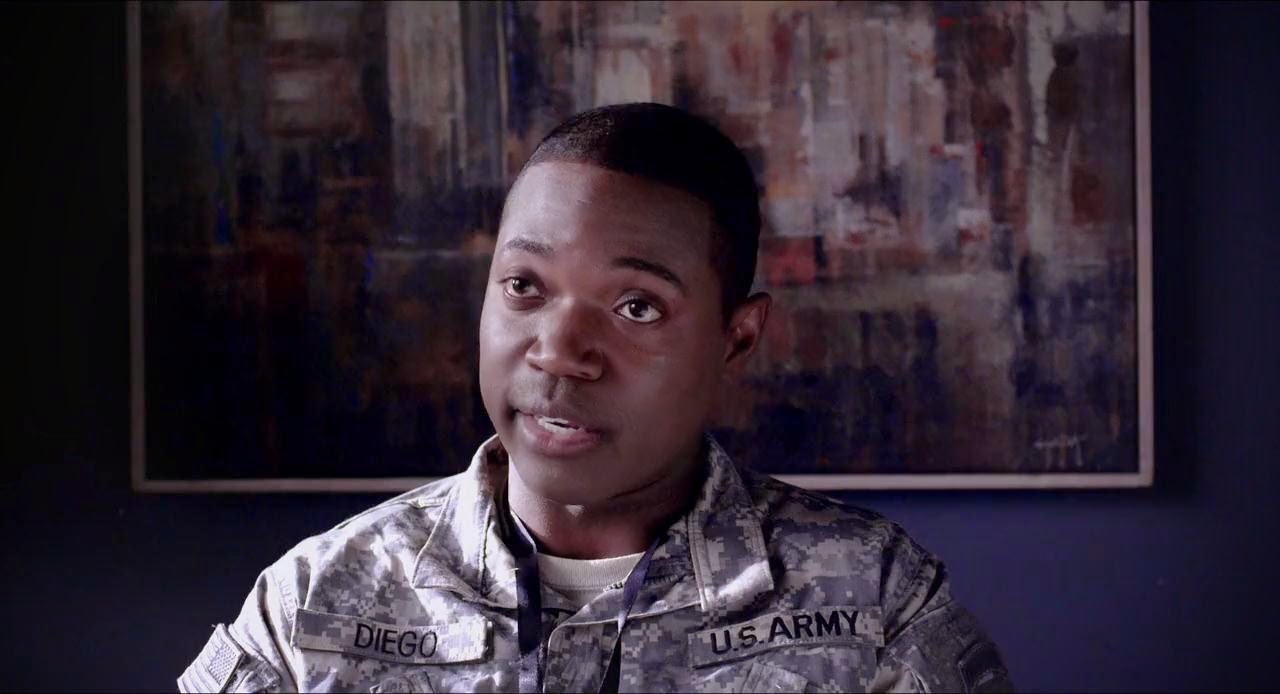 That plot was not what I was expecting.  I heard Alpha Alert, saw the cover, read a brief synopsis, and thought I was in for a throwaway action movie about soldiers getting out of an elevator.  And I guess that's exactly what it was, but of course there was more.  That extra depth was the PTSD, the horrors the soldiers had faced, the difficulties they had moving on with their lives.  That part of the movie felt very real, very current, and very important.  Now, I'm no bleeding heart, and I believe that humans are capable of handling a lot of pain and surviving, but the points brought up by this film are undeniable.  War is hell, as the saying goes, and anyone put through that hell is going to have some ill effects.  This story was an exaggeration of that point perhaps, but only to prove a point, to give us a dramatic example of an everyday problem, to put it right in our faces so that we couldn't ignore it.  The message was clear, well told, and caught my attention; credit to the director for doing his job.

But give credit to the actors as well, characters in what I thought would be a silly movie who made it anything but.  I guess I had low expectations for them as well, because they surprised me with their simple and yet strong performances.  Again, maybe they weren't amazing, but the fact that I was ready for far worse allowed them to look great at the time.  Diego was a bit of a weak character, but still played well.  Oldsman was the catalyst, the villain perhaps, the troubled soul.  Stewart portrayed him excellently, giving us a multi-layered man, someone to hate and to feel sorry for.  But the best actor was definitely Morrison as Captain White.  She played her with a fierce undertone, a strength that came from both wanting to serve her country and to protect her daughter, a determination to get out at any cost.  Hers was the most interesting character, and she never over did it.  The film itself was shot well, had a solid mood, was uncomfortable, and delivered a surprisingly good product.  A few side characters that popped up were rather horrible, the ending was odd, and I wouldn't call it a spectacular film.  But it was better than it could have been, well made, and had a specific point to convey.  For that I forgive it some of its faults.

Video - With an aspect ratio of 1.78:1 (16x9 Widescreen), the video quality was actually fairly high.  A lot of the camera work was gritty and in-your-face, not showing off the high resolution.  But when called upon, the picture was clear & crisp, with an interesting use of color that heightened the tense mood of the movie.

Audio - Done in Dolby Digital, the DVD offers English or Spanish subtitles.  There are no other audio options.  The sound quality was fine, with no redeeming or damning qualities.

Extras - There are a few extras on the disc.  There are director and cast interviews, a trailer for the film, and also trailers for other Lionsgate films: Mobius, Survival Code, Tapped Out, Sector 4 Extraction. 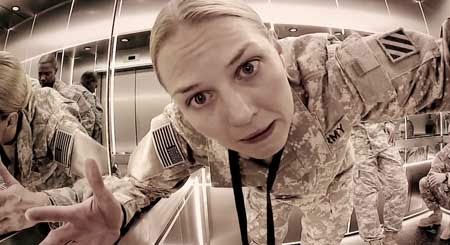 Rent It.  Alpha Alert is a film that will catch you off guard.  It may not be wonderful, but it has something to say, says it clearly, and delivers a higher quality than you might expect.  It has a few problems; mainly bad side actors and a weak ending.  But the effort put in by its main characters is excellent, leading to a film that makes a statement.  The video is good, the audio is fine, and there are a couple extras.  Watch for a point well made, a quick action movie, and a fascinating setup.  You won't be disappointed if you don't expect too much.