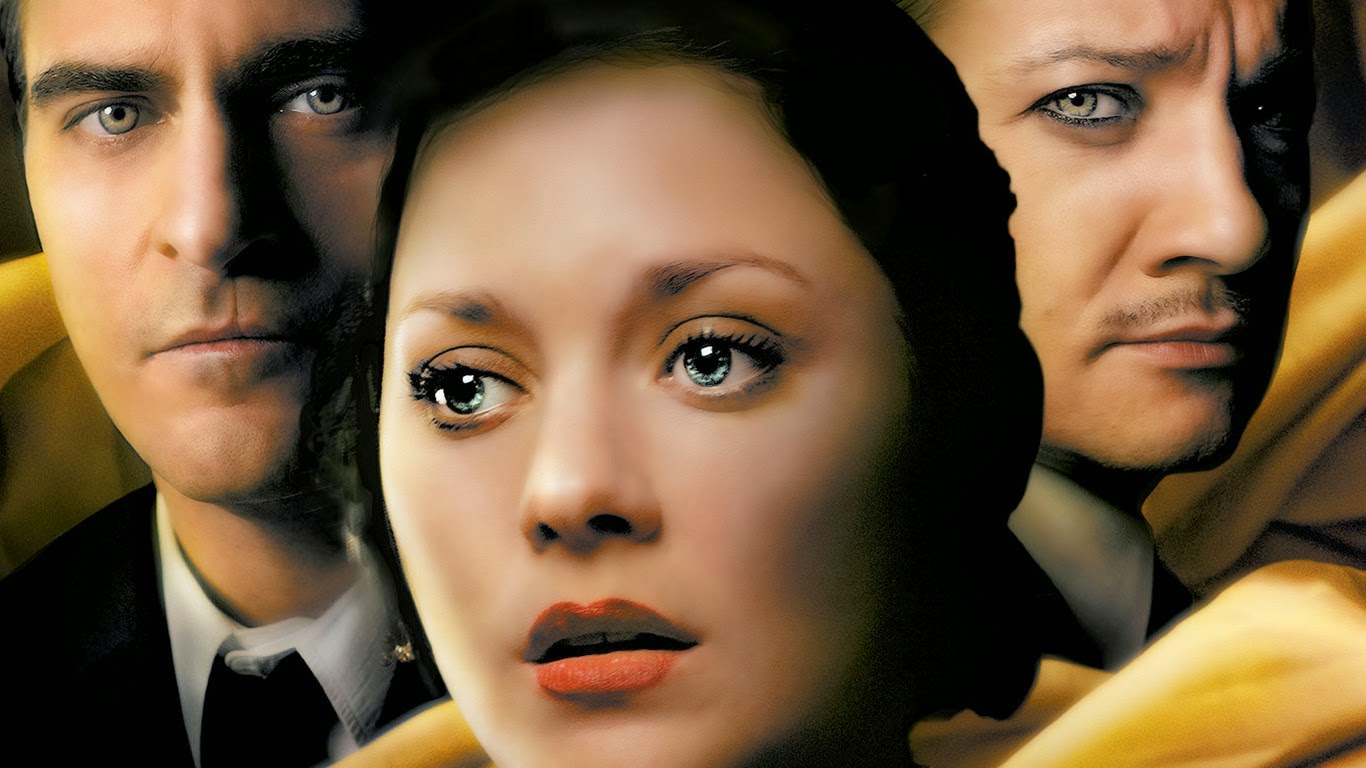 
James Gray and Joaquin Phoenix must be buddies.  Other than his first feature length, all of Gray's films have starred Phoenix: The Yards, We Own the Night, Two Lovers, and now The Immigrant.  Good thing I'm a Joaquin fan.  I've loved him every since SpaceCamp, from Inventing the Abbots to Quills, in all his work with M. Night Shayamalan, as an apprentice to The Master, and as Theodore in Her.  I have a tough time deciding which is my favorite role, although I think he should have won an Oscar for Her, so I guess I'll just say I like him in everything.  Here, he isn't the main character, but he somehow finds a way to shine and to make the movie about his talent, which I was very grateful for.  Without him, The Immigrant would have faltered; with him it fascinated.

The immigrant of the title is Ewa, a young Polish woman who has come to America to escape WWI.  With her sister, she traveled across the Atlantic to Ellis Island with the hope of starting a new life.  But you can't just pass through the gates into heaven, you must be judged.  A sickness keeps her sister in the infirmary, while an event on the ship disallows Ewa from crossing over to New York.  Only a seemingly kind man named Bruno can help.  He takes Ewa over, gives her a place to stay, promises to help get her sister released, but for a price.  Ewa must join his "show", do what he says, become his employee in an ancient profession, and basically sell her humanity for a chance at the American dream.  She came with visions that were instantly shattered, revealing a time that was far from beautiful, a life that was far from easy.

It's Joaquin Phoenix who steals the show.  Bruno is a complicated character, one that you hate & feel sorry for in turns, a man who is evil and loving in a way that you eventually learn to understand.  Phoenix plays him perfectly, and while I wouldn't give him an Oscar for his performance, I think it's one of his strongest to date.  Marion Cotillard is the lead, but she didn't impress me much.  She was mostly one-note, a sad woman who tries to show strength, but who often comes across as just tired.  I would have grown bored with her character and with the film had it not been for Bruno.  As it was, the pace did drag a bit, and the lighting style definitely wasn't my favorite.  As for Jeremy Renner, he was just OK.  Anyone could have been cast in his place and would have done just as good a job.  The movie, ultimately, was a nice snapshot of a rough life, an interesting time in American history.  It was saved by Phoenix, but even he couldn't make it much more than mediocre.