Movie Review - Sharknado 2: The Second One 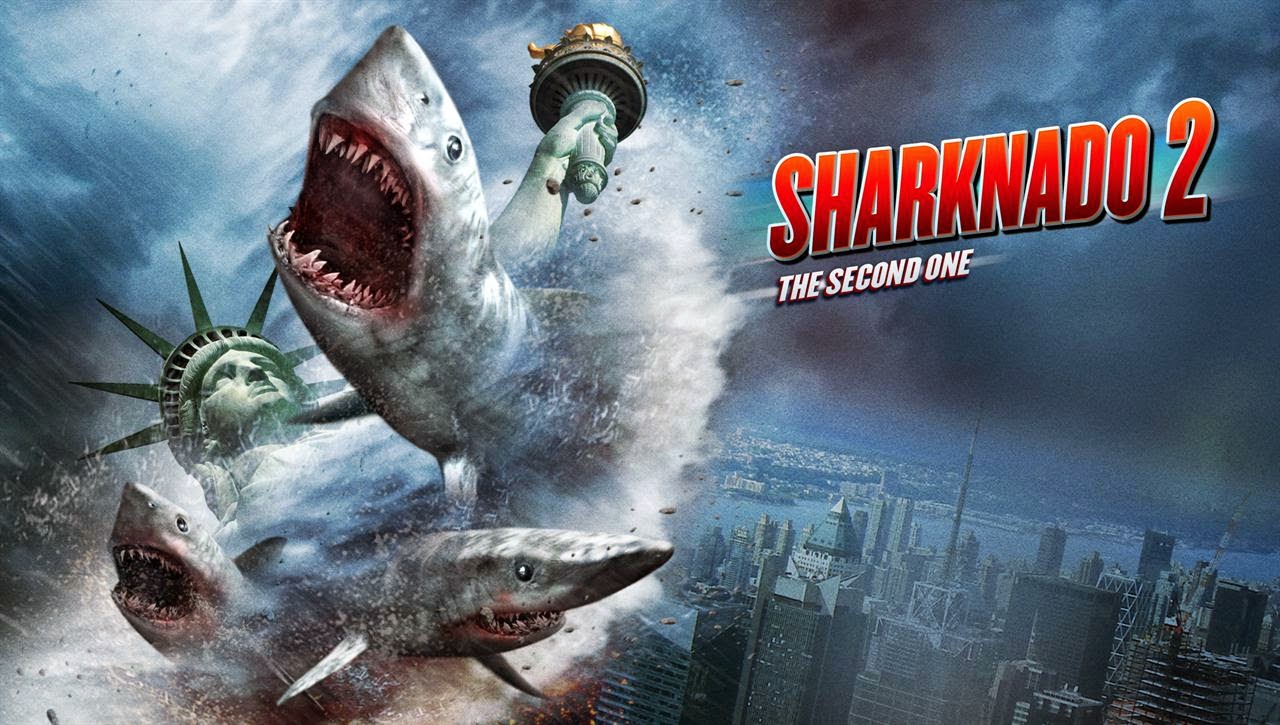 
Sharknado.  The very word elicits fear.  Not because we're scared it might happen, but because we're scared they might actually keep making these movies.  Apparently one wasn't enough and America was calling for more.  Why, America, why?!  One was plenty for me.  You can read my review here, but be prepared, it's less than complimentary.  I'm even a fan of creature features and b-horror; the Sharknado series is neither.  It's complete crap that, for some unknown reason, caught our attention.  Yes, it's over-the-top bad, yes it's ludicrous, but it doesn't have the redeeming characteristics that make slashers or gore fests amusing.  So, no, I didn't want to watch another horribly crafted non-movie.  But I did, sadly, and I was not surprised by what I saw.

If you remember Fin & April from the first movie, they're the ones who saved L.A.  Now they're famous, going on book tours, not really enjoying their celebrity.  They might be getting back together, it's complicated, but this latest trip might help them to relax & enjoy each other.  They're on their way to NYC to take in a ballgame, visit Fin's sister, and reconnect with their old life.  But trouble seems to follow them everywhere.  Another Sharknado has appeared and is coming up the coast, ready to dump a million man-eating fish on the city.  But that's not all, it will also be the biggest storm the world has ever seen, with the capacity to rip down skyscrapers.  Fin must warn his family, save the citizens, and fight off the sharks before the whole island is eaten.  After all, he's the only man who's ever defeated a Sharknado before, the only man to be swallowed by a great white and live to tell about it.  So off he goes, along with every wild New Yorker, to survive the storm, kill some sharks, and defend the city that they call home. 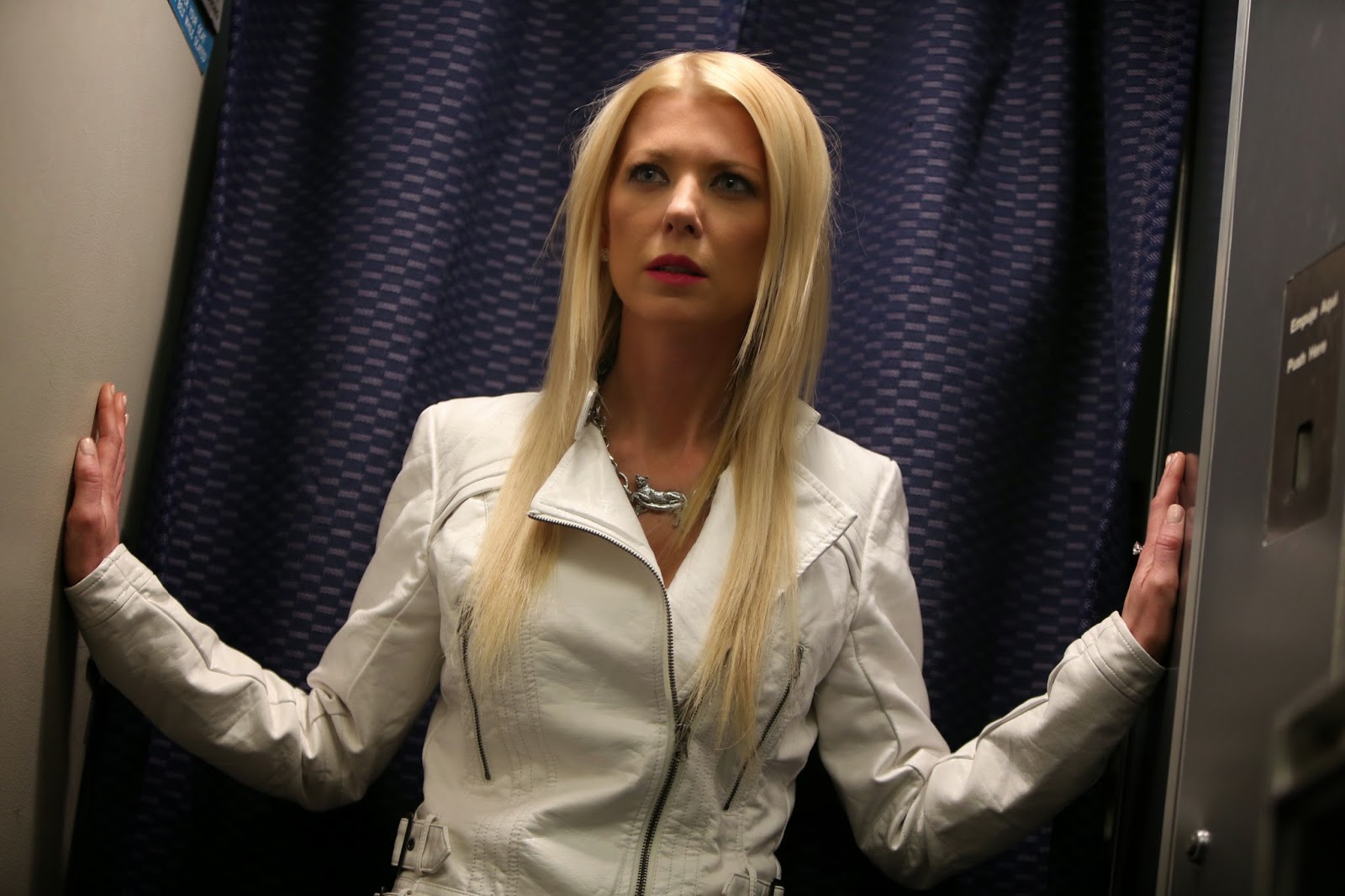 I have no idea where to start.  How about to say that it's actually better than the first.  Worse and better, actually, which only makes sense if you can appreciate a movie that knows it's horrible.  Because horrible it was, just like the first, one of the worst movies you will ever see.  It was cheesy, stupid, unbelievable, cheap, a joke, badly acted, you name it.  It can barely be called a film.  It was just a mess of humans pretending to be scared of fake sharks, every once it a while killing or being killed by a giant fish that is nonsensically aggressive.  At least the story makes no attempt to be anything but dumb; they know what kind of movie they're making, they're not proud.  But couldn't the acting have at least been passable, wouldn't that have made the movie enjoyably bad rather than eye-gougingly awful?  Ian Ziering was alright; he should probably be the proudest, he at least tried.  But, wow, Tara Reid is abysmal.  Remember when she used to be pretty and semi-compelling?  Now her face is literally frozen in one grimace and she can only grunt & scream in a horrible monotone.  The side characters were actually worse; Fin's sister, niece, nephew, and brother-in-law, played my Mark McGrath, who may have been attempting to win some sort of Razzie.  Everyone in the film sucked.  Everyone.

And let me expand on that.  Not only did everyone suck, but everyone was in this movie.  Let me list a few of the fine people to appear: Kelly Osbourne, that pilot from Airplane!, the Naked Cowboy (who's never actually naked, which makes no sense), Matt Lauer, Al Roker, Andy Dick, Downtown Julie Brown, Kelly Ripa, Michael Strahan, Billy Ray Cyrus, that guy from the DMB song, Judd Hirsch, Richard Kind, Subway Jared, Daymond John from Shark Tank, Biz Markie, Kurt Angle, Perez Hilton, Pepa.  I mean, what?  Did they have a casting call that only slightly famous people could attend?  How strange.  And the references to other projects was out of hand as well; the famous scene was The Twilight Zone where there's a monster on the wing of a plane, Army of Darkness, Cloverfield, Happy Days.  Not to mention Sharknado, which of course was just redone in a different city.  This "borrowing" and intense use of cameos made the movie a little more fun to watch, like a scavenger hunt or something.  But it didn't make it incredibly better, it was still a completely absurd story about sharks that rain down from the clouds and the people who enjoy slicing them up with chainsaws.  So get ready to feel about 2 how you felt about 1; not much has changed except the popularity. 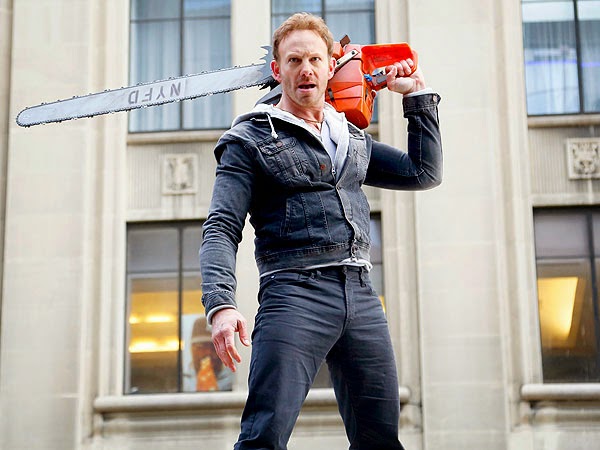