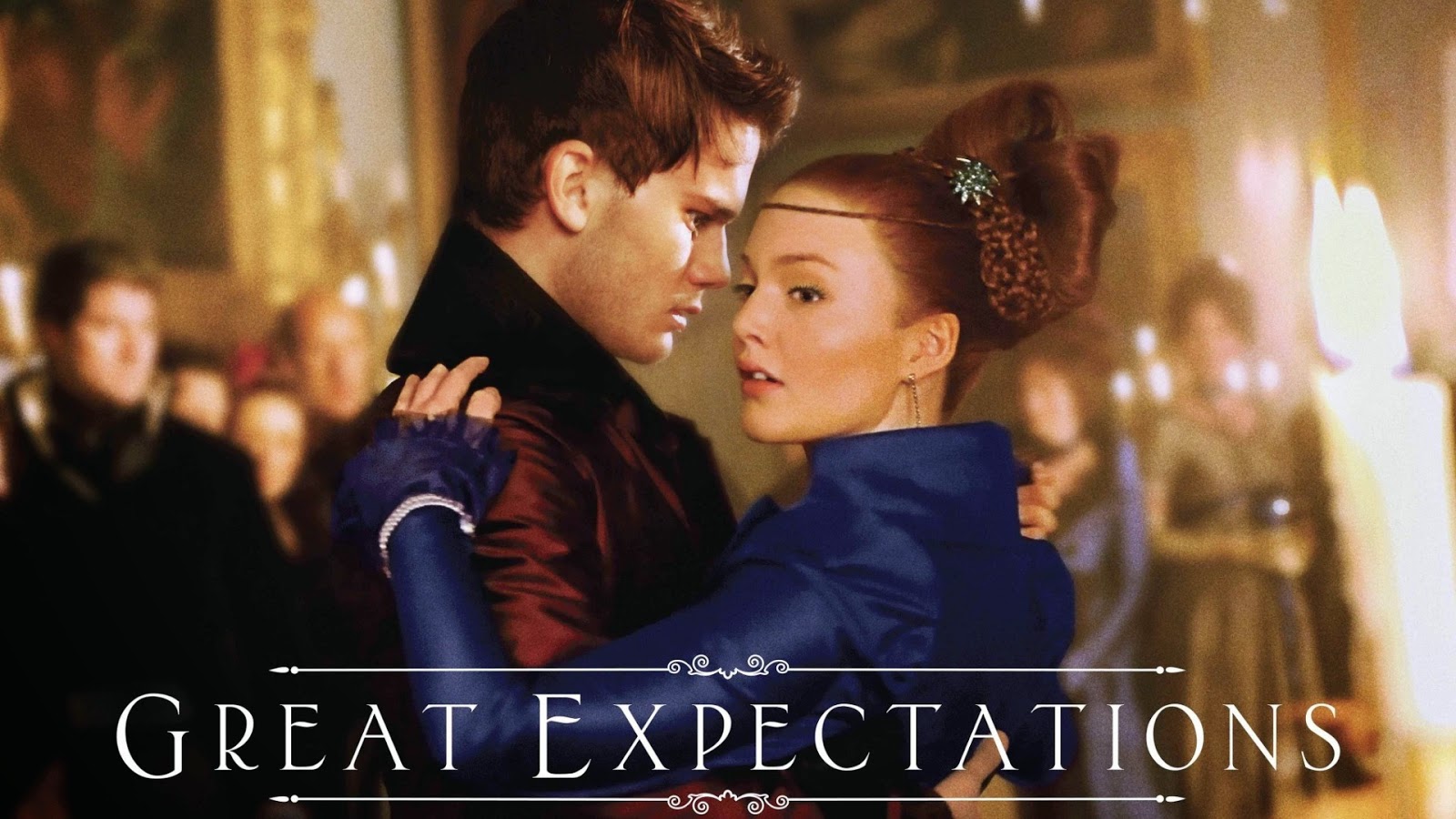 
I just watched the 1998 version of the same tale, Great Expectations done as a modern love story.  It, of course, was stylized very uniquely, setting the action in New York City, making the main character an artist, changing some names.  It stuck to the basic plot, but definitely made love the focal point, made the relationship between Pip & Estella one of star-crossed-lovers.  This film could not have been more different.  It's been years since I've taken a look at the novel, but here is a version that sticks to the original format, keeps the same time period, and creates a story about one young man's expectations and the events in his life that lead him there.  This is a period piece where the other was a re-imagining.  It's hard to compare the two and pick a favorite, since they are so different, but if I were to rewatch one it'd be the 2012 version.  It's a well-made adaptation, modernly acted but classically set, a movie that will make you want to read what I remember as a fairly boring book.

Pip is a young boy of the English laboring class.  His only aspirations are to become a blacksmith some day, just like his Uncle Joe, who is part father part best friend.  But destiny might have other plans.  Pip stumbles into the life of an escaped convict, a man named Magwitch who is on the run & looking for revenge.  Helping the man isn't actually very helpful, as the authorities catch him anyway, but Pip will always remember the experience vividly.  He also soon meets a beautiful young woman of his same age, Estella, a girl in the care of the very strange & very rich Ms. Havisham.  Pip falls in love with Estella instantly, but knows he will always be outclassed by the girl who seems to have no heart.  But when a mysterious benefactor pays for Pip to move to London, things begin to look up.  He is trained to be a gentleman, taught the ways of the wealthy, and his entire existence is altered, all at the whim of someone who want's Pip to have much greater expectations than the ones to which he was born.

If you like period pieces and you don't mind them not having Keira Knightley, this is the film for you.  It's a classic representation of the famous novel, a movie that strives for period perfection in all things, from the manner of dress to the accents, the buildings to the vast class differences.  It was even made to look like an older film at times, with a lighting and slight blur that had the feel of a ancient tome come to life.  So, if that's your thing, you won't be disappointed.  I wouldn't automatically say that it's mine, but I found myself enjoying the movie regardless.  The mood was just right, the plot moved just quickly enough, and the acting was incredible.  I recently saw Jeremy Irvine is War Horse and I thought he was just OK.  As Pip, he was tremendous.  So were Ralph Fiennes as Magwitch and Helena Bonham Carter as Ms. Havisham.  None of the actors ever came off as cheesy English Shakespearean dramatists; they kept the characters grounded and thus made the movie feel believable.  The story is one many of us already know, but it comes to life here in a film that boasts wonderful visuals and strong support, a movie we can learn to love the book through.