Movie Review - What If 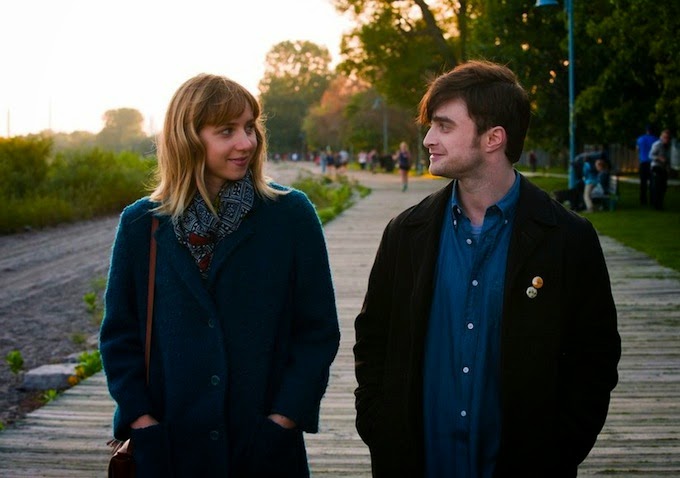 
I think, in order to like this movie, you have to love When Harry Met Sally.  That's the ultimate rom/com, the pinnacle of friends-turned-lovers, the bible of the genre.  And it's amazing, let's not forget that.  It's not great just because it's a pioneer, it's great completely on its own.  Funny, true, heart-breaking, epic; it's a film that has everything and if you've not seen in fifty times go do that right now please.  Anyway, What If owes a lot to the successes of the past.  It's a movie that relies heavily on the standard story, the two pals that want to be so much more but just can't seem to make it work.  Movies like this are a dime a dozen, but very rarely do they triumph, very seldom do they win you over with simplicity and style in a way that makes you forget that this setup is as old as the hills.  But here's one that does, becoming an indie winner that you just might fall for.

Wallace is a jaded dropout.  His parents gave him terrible lessons in love, his most recent girlfriend cheated on him, and now he has a very negative outlook on the topic of love.  Chantry always tries to make it work.  She's been with her current boyfriend for five years, more out of stability than extreme happiness, and seems to have things figured out.  But when the two meet, everything changes.  They are perfect for each other, with the same style of humor, the same circle of friends, and totally opposite outlooks on life.  They attempt to be best friends, and at first it works just fine, but everyone knows disaster is just around the corner.  Wallace can only hide his feelings for so long, and Chantry can't go on ignoring her crumbling relationship forever.  So the pair with have to face the truth, a reality that might destroy the beautiful friendship that neither want to lose. 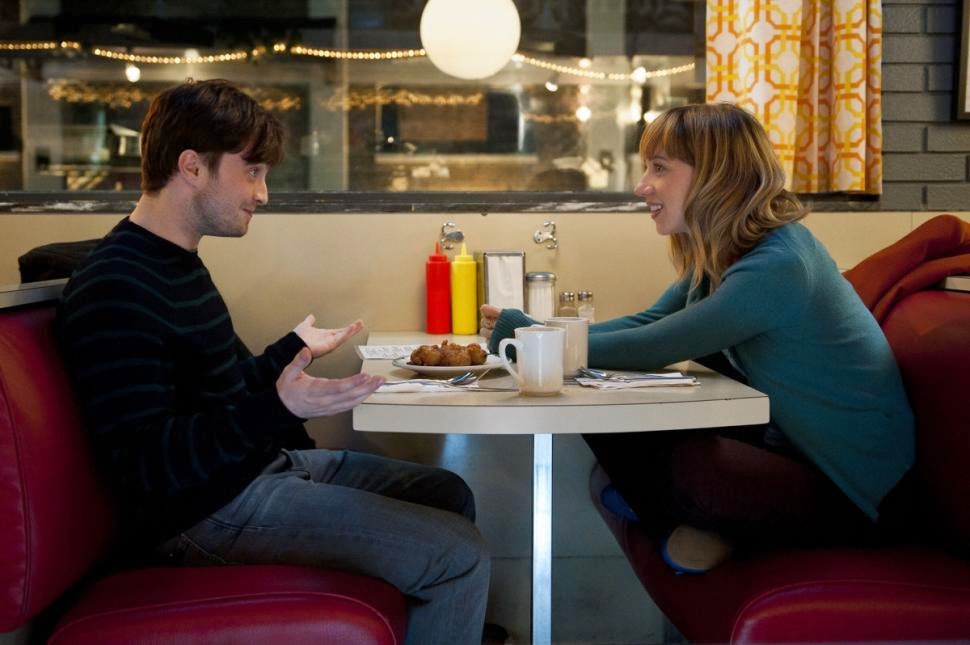 What If is basically When Harry Met Sally for the modern age.  It's a hipster version of the late 80s masterpiece, falling only just short of being perfection all on its own.  It takes the old song & dance, revamps it, throws in a bit more sex & language, sets it in Vancouver, keeps things young, and ultimately delivers a rom/com that won't make you puke.  And that's not an easy thing to do.  So many throwaway films of this sort are made so often, making us sick to death of love stories, making cynics of us all.  But here's one that we can believe in.  Like its predecessor, this movie makes us want to believe, want to root for the couple, want love to conquer all, and so we find ourselves invested in a fairly unbelievable story even though we've told ourselves a hundred times that we wouldn't be fooled again.  Well, love makes fools of us all I guess.

But don't feel too bad; give some credit to the actors for doing their jobs and sucking us in against our will.  If you still can only see Daniel Radcliffe as Harry Potter, just stop it.  He's the real deal and proves it here.  He gives us a character who is loveable, sad, realistic, intriguing, and well-rounded when so many other would have fallen completely on their faces trying to do the same thing.  Radcliffe is legit, and we need to take him seriously.  Zoe Kazan holds her own as well, not with incredible acting perhaps, but with an It Girl quality that's her's to command.  I really enjoyed her in The Pretty One, where she was called upon to be more of a main character.  Here, she's Radcliffe's sidekick, but she still forces you to walk away thinking about her.  The chemistry between the pair was excellent, the story was never boring, I always cared, it amused me often, toyed with my emotions plenty, and lived up to the great rom/coms of the past.  See this to see the genre well done. 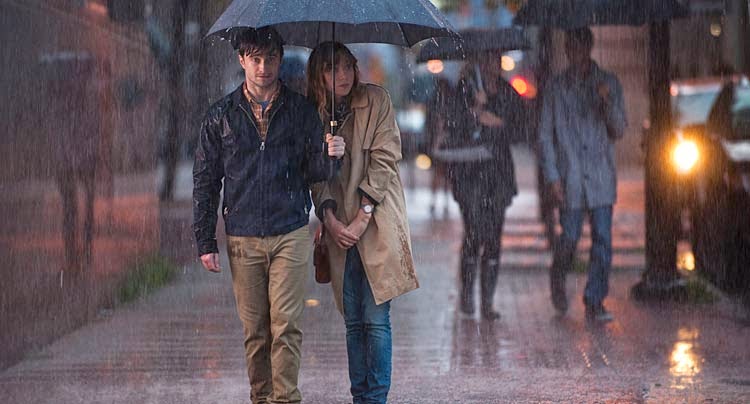