Movie Review - A Most Wanted Man 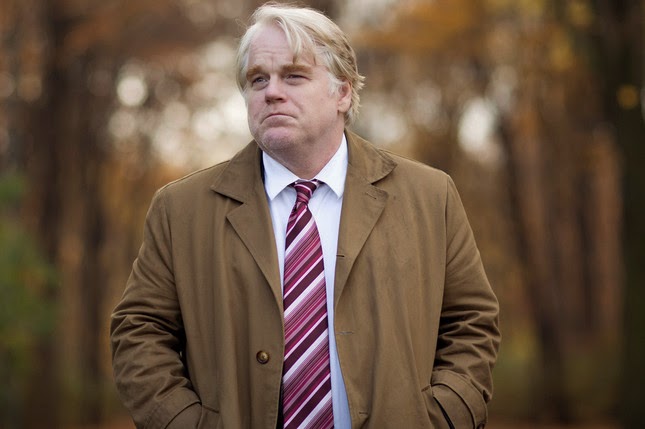 There is no other way to begin this review than to talk about the death of Philip Seymour Hoffman.  In February 2014, Hoffman was found dead in his apartment, having been killed by a lethal mix of addictive drugs.  His addictions were not secret, but his problem was considered to be under control, and it was a shock both to his family & to the cinematic world that he had died at the age of 46.  To me, it was upsetting to know that I would never watch one of my favorite actors on screen again after his final films were released.  He was a huge part of constructing my taste & style, both as an audience member and as a critic.  I will always remember his incredible roles, characters, speeches, moments, and movies.  Hard Eight, Twister, Boogie Nights, The Big Lebowski, Patch Adams, Magnolia, Almost Famous, Punch-Drunk Love, Red Dragon, Cold Mountain, Capote, The Savages, Before the Devil Knows You're Dead, Charlie Wilson's War, Doubt, Moneyball, The Master, The Hunger Games: Catching Fire, and now A Most Wanted Man; these are only a few of the films he was a part of, poured his talent into, and made a difference in.  Hoffman will be remembered as one of the greatest actors of our time, a status that is only bolstered by one more exceptional performance.

Based on the novel by John le Carre (who also wrote The Constant Gardner, Tinker Tailor Soldier Spy, and Our Kind of Traitor, which will be coming to theatres in 2015), A Most Wanted Man is a modern thriller set in a world of espionage and terrorism.  In Hamburg, Germany, public & covert governments agencies fight to make the world a better place, to avoid another 9/11, to keep money from the hands of extremists, to cancel global threats before they become global catastrophes.  Gunther Bachmann and his team are part of a mostly secret and partially illegal organization whose job is to target potential problems, learn everything they can about them, get close to them, and then use them as bait for larger fish.  One such possibility is Issa Karpov, a young half-Chechen, half-Russian man who has come to Hamburg illegally seeking asylum and his late father's fortune.  Not knowing if his motives are honorably or harmful, Bachmann's group follow & study him, all the while keeping the German authorities at bay with the promise that Issa will lead them to the real threats, the big players.  But when both a beautiful lawyer and the American government get involved, the stakes are raised, and time begins to run out on an operation that could either bring down major terrorists or possibly let one go free. 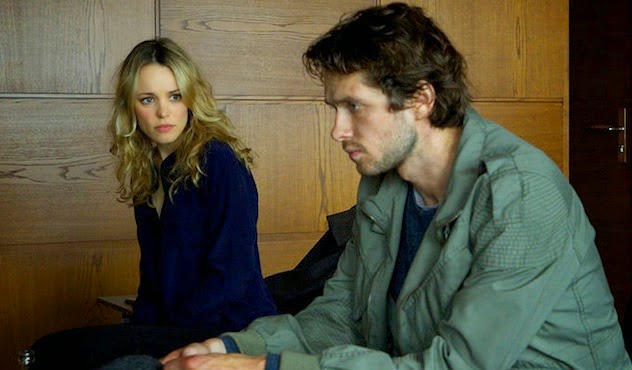 We'll start with PSH, since, ultimately, he's the reason why this movie is a must-see.  The loss of his talent is only heightened by this film, by watching him on screen one last time, by seeing his genius put on display.  Technically, his last movies will be the Mockingjay films, set to come out at the end of this year and at the end of next.  He wasn't able to finish that role and will have to be edited into a few scenes, but those will be our last chances to see him in new material.  But A Most Wanted Man is out last chance to see what he can really do.  His arsenal is on display here and he holds nothing back in portraying a character that is both phenomenally deep and totally believable.  Going in, I didn't know how large a role he had, I thought he was more a part of an ensemble cast.  And yes, there are many important characters in the film, many different stories merging into one.  But Hoffman is the center of the film, the focal point of the action, the god-like presence that hangs over the lives of all involved.  Had he failed, the film would have failed; thankfully he was up to the task.  He was quiet, intense, controlled, understated; everything I love in an actor and in a film.

The movie itself seemed to follow where Hoffman led, keeping its voice down when it could have screamed out drama.  Rarely does a film hold back as much as this one did, refusing to give us the moments we're used to, the explosions of action that we've seen so many times in so many other spy thrillers.  Director Anton Corbijn almost mocked the audience with scenes that seemed so obviously created to shock us with a gunshot to the head.  It just never happened, the sound we were anticipating never came, and I couldn't have been happier.  That's not to say that the plot was boring, that there were no twists.  But the thrills came when you least expected them, not when you were tensed for someone to jump out of the shadows.  The director let the story and its actors speak for themselves, and often with just their expressions and their bodies, allowing the characters to feel natural in a way that was extremely refreshing.  The ease with which PSH acted wasn't a surprise, but the quality of some of his cast mates was.  We might never see Rachel McAdams do better, the lovely & naive in-over-her-head do-gooder.  Willem Dafoe & Robin Wright were solid, if not overly complicated.  The German actors that we might not know so well, Hoss & Bruhl, were strong as well.  And Dobrygin as Karpov was a sad, lost soul that we rooted for, even though we weren't sure that we should.  A Most Wanted Man is one of the best films I've seen this year.  I hope it's well represented at the Oscars, and if the Academy is willing to give a Best Actor award posthumously, I don't know if anyone is more deserving than Philip Seymour Hoffman. 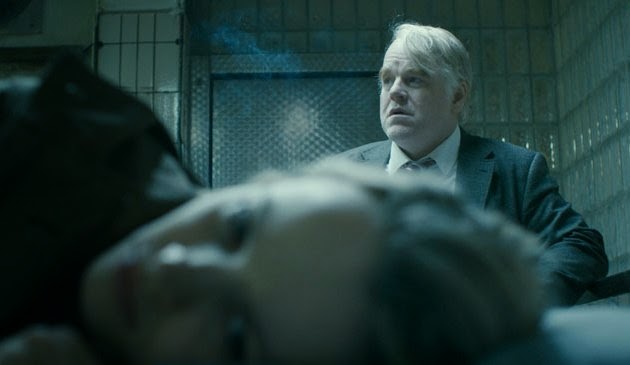