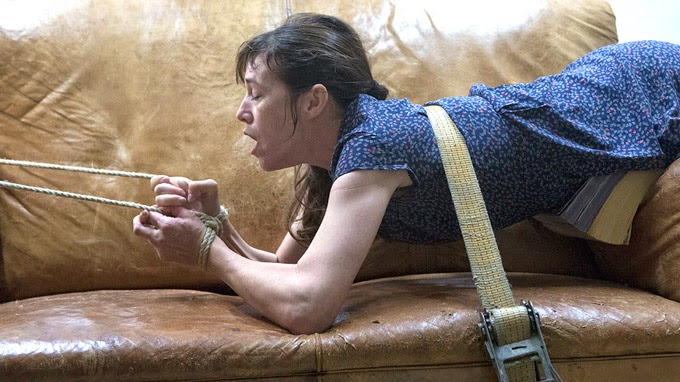 
You know you're in for something different when you sit down to watch a movie that advertised itself by having all its actors pose as if having an orgasm.  And that's good information to know when deciding whether or not this controversial film is for you.  Of course there's much more than sex, and I'll talk about that in my review, but you can't ignore the fact that the title of this movie is Nymphomaniac, that sex is the base for the plot, that you will see things that you might not be comfortable seeing.  Because this isn't a film for those with weak constitutions.  I'm not talking about modesty; of course those who are more reserved or more traditional will not approve of the blatant nudity and sexuality displayed here.  But it's more than that; it's graphic sexual practices, it's hours of frank sexual discussion, it's genitals on display constantly.  Move past that and you'll find an extremely fascinating story, incredible acting, the highest quality directing, and a package that can't be denied.

I watched both volumes consecutively, as they are one story told over the course of four hours.  Much like Kill Bill, the movies go together seamlessly and can only be told apart by the chapters of the plot they include.  So this plot summary is a collective look at both volumes, as is my critique.  The film begins with a beaten woman lying in an alleyway in the snow.  Along comes a man doing a bit of light shopping, but when he sees her he turns from his path and helps her to her feet, offering to take her to his home so that she might rest.  Her name is Joe, his name is Seligman, and they have little in common, but she is about to reveal her past to him one chapter at a time, leading to the moment that they met and the explanation of her arrival to the alleyway.  He is her confessor, and she has a lot to confess.  After all, she's a nymphomaniac, someone who has abused her sexuality her entire life; using it, loving it, detesting herself for it, and ultimately defining herself by it.  So she tells her life story, from childhood to the present, with her addiction always in the forefront, detailing the experiences that shaped her life, the men who shared her bed, and the demons that never disappear. 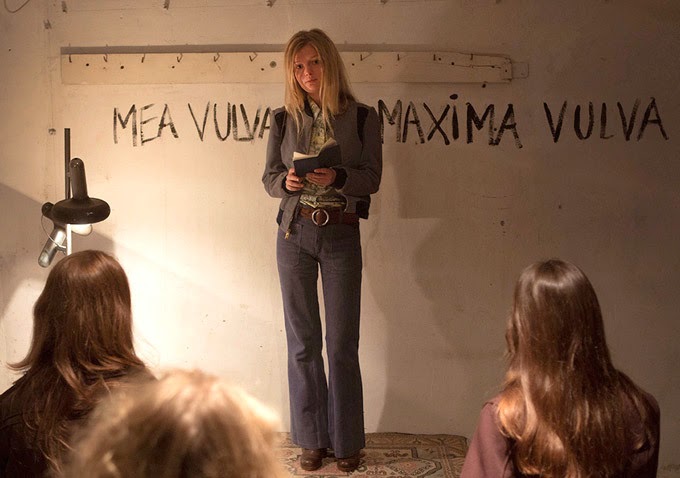 The nudity & sexuality of the film has to be talked about first so that it can be put aside.  This isn't so much a warning as it is a fact; this film will push you.  It's graphic, vulgar, realistic, in-your-face, uncovered, not for the meek.  Even those who see themselves as open-minded might be challenged by the nature of the sexuality in the film, how it's so often shown in an addictive and destructive manner.  Prepare yourself to be shocked and perhaps you'll be ready to have your boundaries stretched a bit.  A bit of humor, especially in Volume 1, helps to take the edge off, and shows youth to be an experimental time, allowing us to see the sexuality of the scenes as learning experiences for the characters.  Volume 1 is also the better of the two films because of the hint of comedy, but also because of Stacy Martin.  She plays young Joe to perfection, which is extra impressive considering that this was her first film and she's nude in a large number of her scenes.  She's featured less in Volume 2, as Charlotte Gainsbourg plays both current Joe and slightly younger Joe.  But Martin steals the show, giving us a character to love despite her flaws.

Gainsbourg & Skarsgard are solid throughout and in both Volumes, as they play the storytellers in a way, constantly returning to the present to talk through the details that Joe just revealed.  They lead the pace, they set up each chapter, and they allow us to get our bearings after each shocking escapade is unfolded.  But it's the cameos that really grab your attention.  They stand out as islands in a sea of depravity, small vignettes featuring known actors that surprise you with their intensity.  Shia LaBeouf, Christian Slater, Uma Thurman, Connie Nielsen, Jamie Bell, Willem Dafoe; they all have a part to play, a piece to add, and they are all excellent.  It's the combination of all the ingredients that makes the film a success.  The acting is some of the best you'll see, the stories are both erotic & frightening, there's a touch of humor that can't be ignored, and the directing is Oscar-worthy.  Lars von Trier brings his style to the screen in a way that is totally unique, epic, beautiful, and graphically believable.  Nymphomaniac is as powerful and unrelenting a movie as you will ever see.  It doesn't ask forgiveness, never backs down, and yet still remains accessible thanks to its wit and occasional pauses in action.  Commit to watching both Volumes over the course of a day or two, prepare yourself for the intense subject matter, and enjoy an exceptionally vivid & engaging tale. 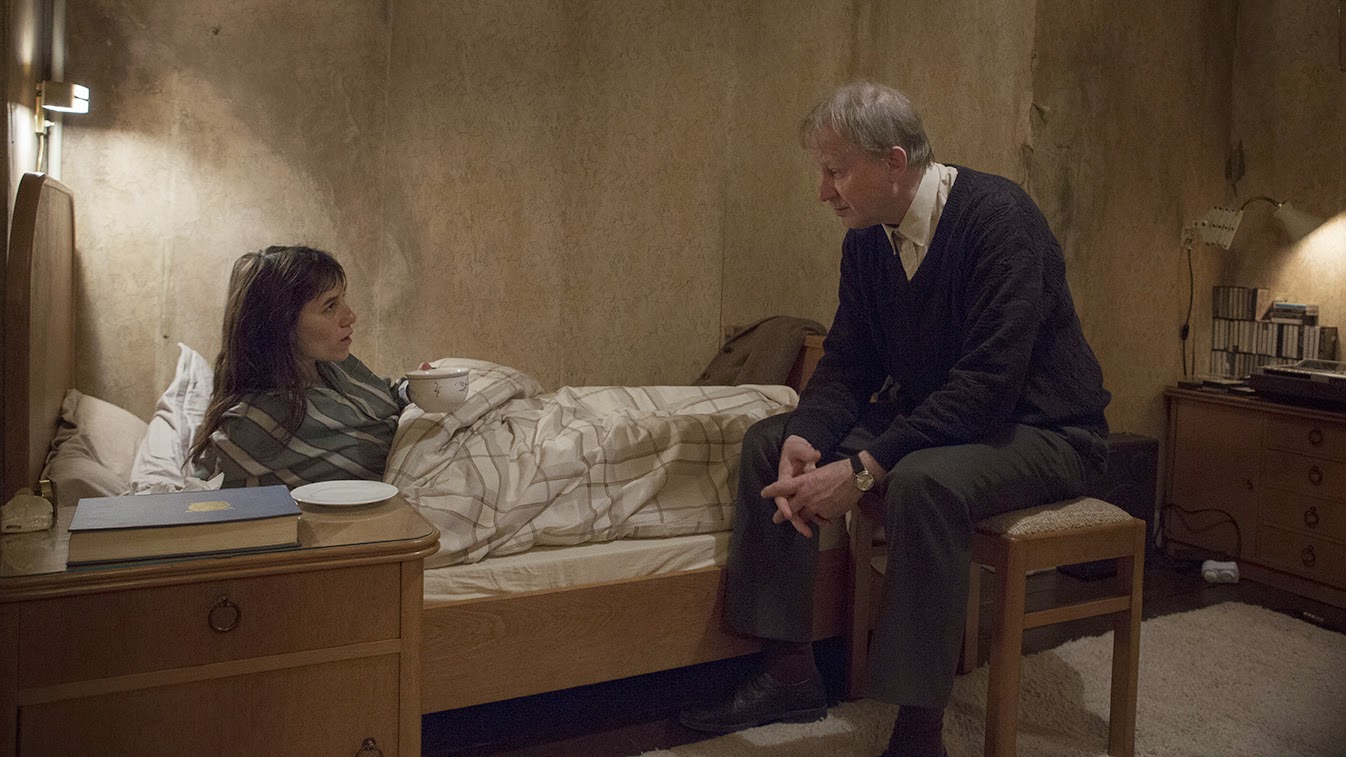