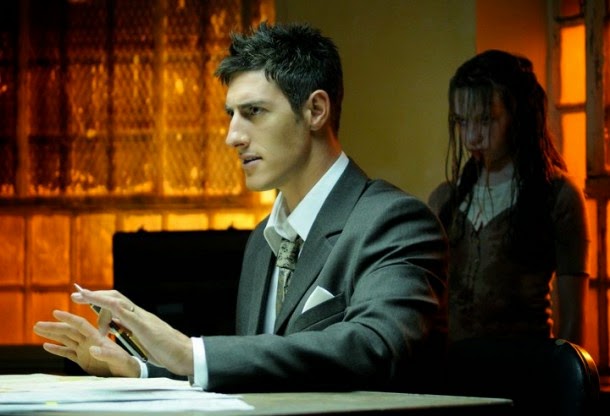 
Watching a movie that you've never heard of about a prison cell that may or may not have religious implications is a bit of a risk.  Especially when you thrown in ghosts, crazy guards, flashbacks, and embalmed bodies.  Not your light Friday night flick, or even your run-of-the-mill horror for that matter.  So, needless to say, I had my doubts.  The cast gave me some hope though, as the three main men have, at the very least, names I've heard of and some credit to their mild fame.  Bruce Greenwood especially calmed my nerves a bit and got me on board, and I'm glad he did.  Cell 213 wasn't the low-budget odd ball that I was expecting, nor was it a throwaway movie.  It was a film that showed promise, had great ideas, and partially delivered. 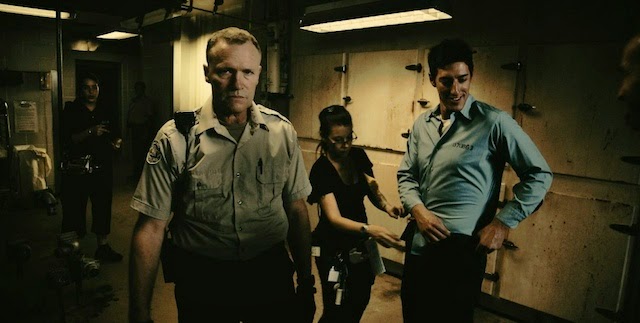 Michael Grey is a bit of a sleazeball.  He's a successful defense attorney who specializes in getting the bad guys out of big trouble.  He's also cheating on his wife, bribing criminals, and scaring key witnesses.  But hey, he's doing his job well, making big bucks, so who cares.  Well, the warden of the local prison and his guards, that's who.  Michael has to deal with them on a regular basis and they make no bones about hating his guts.  They think he's scum, setting free the murderers that they work so hard to contain.  And so his visits to the prison are never very pleasant, but they're all in a day's work and Michael loves his job, rude reception or not.

But his treatment there is about to go from rude to torturous is a blink of an eye.  Michael is charged with a terrible crime and sentenced to imprisonment in the very institution he's worked so many hours in.  The warden, the guards, they all know he's guilty, despite his claims to the contrary, and they're not about to let his stay be comfortable.  Isolation, chores in the morgue, planned run-ins with dangerous prisoners; the management of the prison spare no expense in making Michael's life a living hell.  And here's the twist; what if it really is?  What is powerful forces are at work beyond that of human understanding?  What if the visions that this young former hotshot is having aren't delusions, but rather messages from beyond?  Spooky stuff, but what else would you expect from cell 213, a place that drives men mad, a place that just might be a gateway to death. 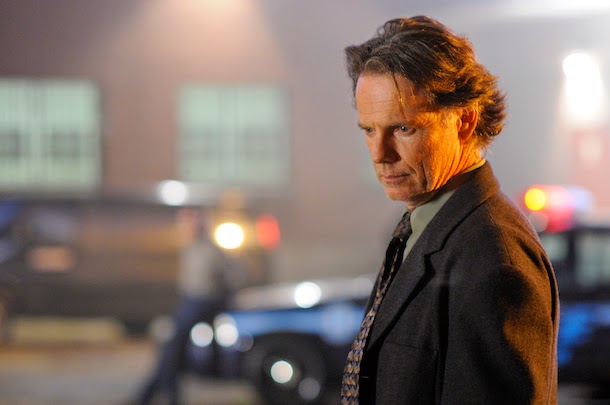 I love being surprised by a film, even if it's mildly.  First off, I wasn't expecting the quality.  I guess I thought it would be lower-budget and lower-talent, a throwaway project that only ever had 50% attention from anyone involved.  Secondly, I didn't think there would be any depth beyond the prison, the scary visions, the beatings.  I assumed it would be a bad horror movie, just another wasted attempt at grossing us out.  But, thankfully, neither of my fears were realized.  The film was as high a quality as its ceiling allowed and the story went way deeper than the gritty surface.  It became about the characters, which would have been the last thing I predicted, a character movie set among so much terror.  That's exactly what it was though, an intriguing plot supported by a good script propped against a frightening backdrop.  And I'm still left asking myself questions about the point, the reality vs the paranormal, the overall message, and the powers behind the driving actions of every scene.

Now, maybe I'm getting a little carried away since I was taken unawares.  Maybe had I seen it coming I wouldn't have been as impressed by the solid nature of the story & production.  Because it wasn't a perfect film, it was more a strong one, a well-made movie surrounding a well-crafted plot, but not something magical.  The actors held it together when things might have gone a little haywire, and they deserve credit for making every moment at least feel honest & thought out.  Michael Greenwood was great as the warden, hovering between being detestable and understandable.  Eric Balfour was surprisingly present & invested, leading the action if not exactly blowing minds.  And Michael Rooker, wow, what a perfect face for a totally evil prison guard.  All the pieces were in place, given attention, and delivered to the best ability of the team.  You can't ask for much more than that. 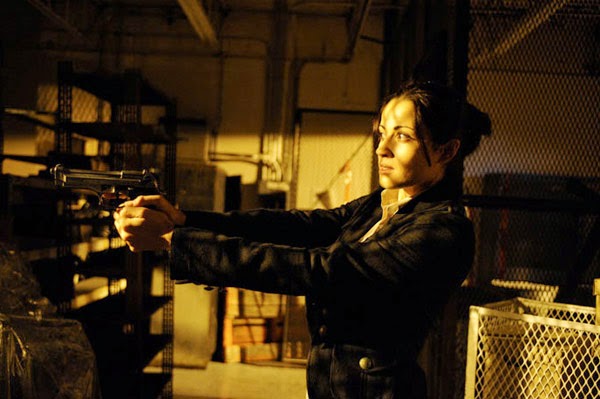 Video - With an aspect ratio of 2.40:1 (16x9 Widescreen), this is a visual that won't disappoint.  The clarity is there, the color balance is right on, and even though a lot of the scenes are very dark the video still shines.  The picture quality is as high as you could expect from a non-blockbuster, with only the slightly-silly ghosty scenes bringing the visual down a notch.

Audio - The DVD was done in Dolby Digital, with your choice between 5.1 and 2.0 Stereo.  There is also an option to turn on/off SDH English subtitles.  The sound quality is good, not amazing, with no problems or errors.

Extras - There are no extras on the disc except for a trailer for the film. 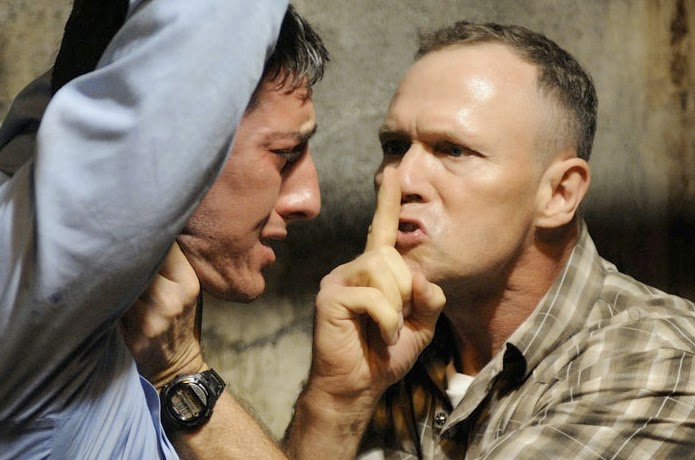 Rent It.  Cell 213 is a bit more than you'd expect.  It has a surprising amount to say for such a grisly "horror" movie and its quality will catch you off guard.  It still has some cheesy and/or standard moments, but no one's calling it an Oscar-winner.  It's just a fresh film that will surprise you if given the chance.  The video quality is high, the sound fine, and there's just the one extra.  Don't write off what turns out to be a rather applaud-worthy film.