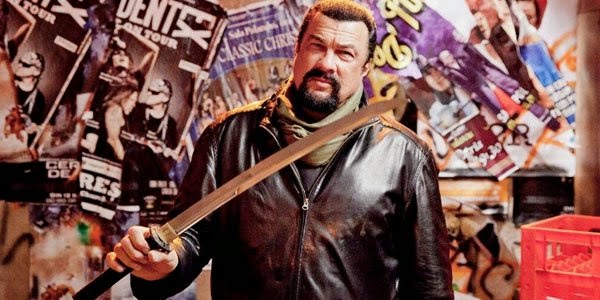 
Oh, Seagal.  I can remember, back in the mid-90s, when he was a huge action star.  He wasn't as puffy then, he was bad ass, he killed everyone who crossed his path, and he never seemed to sweat.  His hair was always pulled back, his roundhouse kicks were always perfect, and woe to the Russian that got in his path.  When I picture him I picture Under Siege, with the battleship & the girl in the cake.  That was 1992, I was nine, and I think it was a movie I saw that I wasn't really supposed to.  But hey, Steven Seagal was the coolest back then.  Not so much now.  These days he's become a bit of a punchline, his movies go straight to video, and there's no possible way to take him seriously.  Exhibit A: A Good Man.  It's just another in a long line of ridiculous chop-em-in-the-face films from Seagal, a movie not worth watching unless you're playing some sort of drinking game. 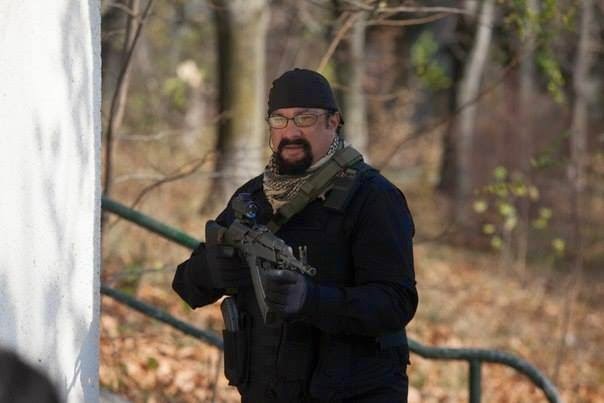 Alexander is an American special ops soldier, an assassin who kills the big players on the terror stage.  His latest mission is to take out a known extremist and, if possible, the arms dealer that he's been working with.  The arms dealer is named Mr. Chen and might be the more dangerous of the two, but still he's a secondary goal.  When Alexander and his partner attempt to pull off the assassination, they find that the situation is a bit more complicated than they had imagined; human shields, drone strikes, a small army of bodyguards.  But no problem, they've worked with worse, and they go about their mission.  Unfortunately, only the terrorist is killed, Mr. Chen gets away, high command blows up the women & children despite Alexander's protests, and basically everything is FUBAR.  It's the last assignment for one of America's best operatives, leaving a pain in Alexander that will not heal easily.

Fast forward to Alexander's new life as a handyman in Eastern Europe, an occupation that allows him to put the past behind him, or so it seems on the surface.  But when he gets involved with the Russian mob, the truth turns out to be not quite so simple.  A family who lives in his building needs his help; the brother is trying to work off a debt left by the father, the sister is bar tending at a strip club for the man who holds the debt, and little Mya is just trying to be a kid is a very adult world.  If Alexander can help them he will, and there might just be something in it for him; Mr. Chen.  Apparently the arms dealer is still negotiating with dangerous people, and this time Alexander is not going to let him go alive.  So a deadly war begins between the Russian gangsters, Mr. Chen's personal army, and an ex-soldier who has revenge on his mind. 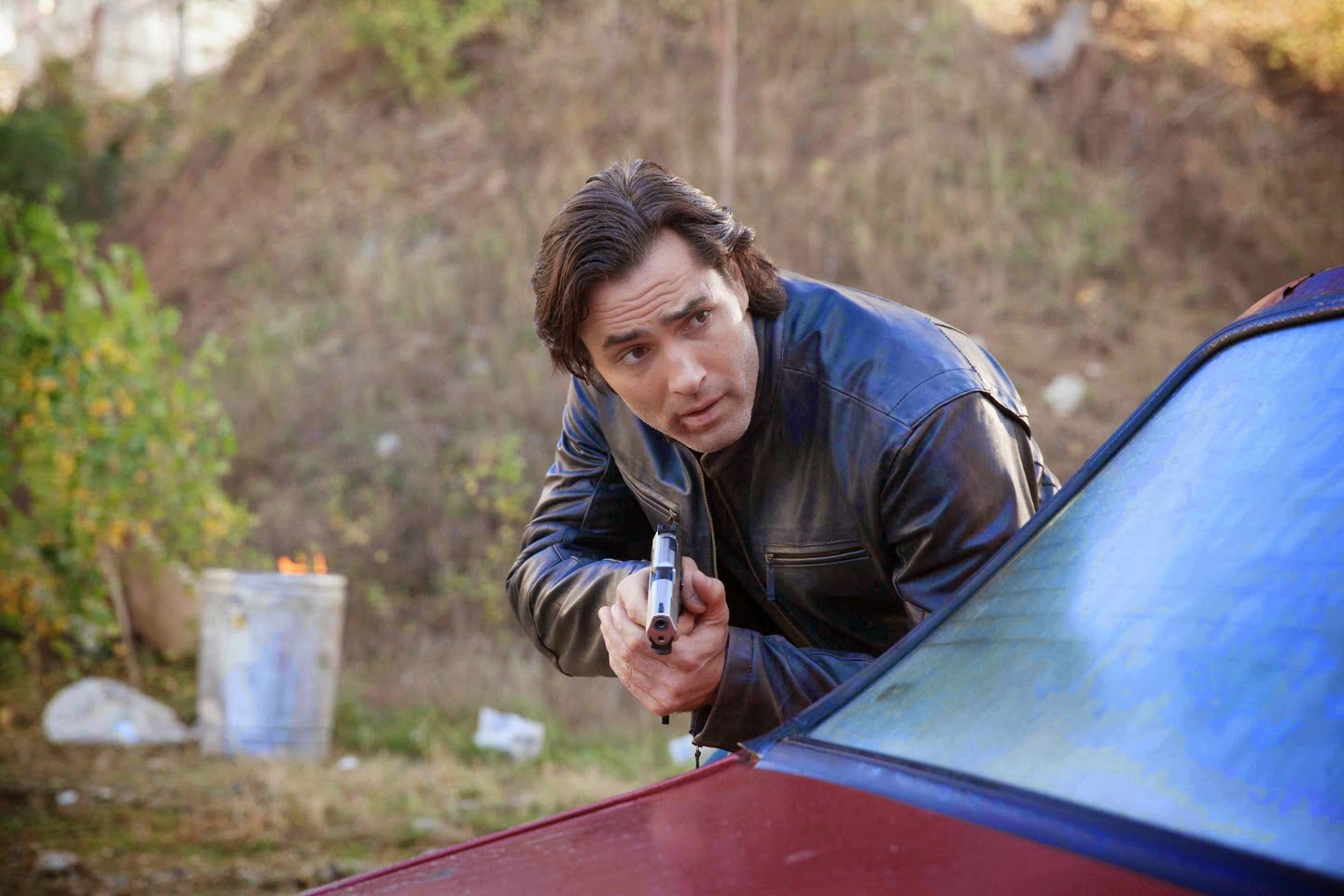 It's been a while but, if memory serves, A Good Man is a far cry from Under Siege.  I remember that movie as being cool, funny, wickedly deadly, athletically impressive, all the things an action movie is supposed to be.  Now, I was 9, maybe I was more easily amused, but I have to think that Steven Seagal has gone a bit downhill since then.  This film is nothing like the kick ass action movies that can still make good films.  It has nothing going for it; no humor, no talent, and definitely no originality.  It's a mess of kicks, punches, bullets, and bad dialogue, a pile of worthless ideas badly executed.  The story is ridiculous, the action is extremely fake, the characters are an afterthought, and the actors should be legally forced to attend drama class.  It's less a movie and more a video game, one that even the staunchest gamers would get bored with after the one-thousandth death by knife.  It's rare to see such a boring adventure, but congrats, this might be the worst.

And we can't not talk about how cool Steven Seagal isn't anymore.  He is 62 after all.  Yes that's right, he's 62.  That number really surprised me; I didn't think they cast old people in action movies.  But here he is, dyed goatee and all.  They covered him up in pounds & layers of clothing, making him almost unrecognizable.  And then he also did a weird Southern accent or something, it was hard to tell.  The result was an odd semi-man walking around saying things in an undertone, slashing people with a short sword as if they were standing still.  It you used to like Steven Seagal I'd recommend that you stay away from this movie; you might want to picture him how he was, not how he is.  It's sad really, and perhaps he should have just hung up the AK47 years ago.  But instead he's still plugging away, and very poorly at that.

Video - With an aspect ratio of 1.78:1 (16x9 Widescreen), the video might be the strongest part of the entire film.  Each scene was crisp, balanced, well-shot, and a credit to the filmmakers.  Too bad the rest of the movie sucked, because the picture quality was as fine as you could ask for.  The action sequences were shot nicely, indoor/outdoor transition was seamless, and the color was spot on.

Audio - The DVD was done in 5.1 Dolby Digital, with options for English or Spanish subtitles.  There are no other audio choices.  The sound quality was fine, nothing special, with the standard effects marking each punch, stab, and explosion.  The balance was fine I guess, but neither Seagal's nor Webster's voices lent themselves to the screen, coming off as either too quiet or too low.  Perhaps not hearing them clearly was actually a blessing in disguise.

Extras - There are a couple extras on the disc.  Behind the Scenes of A Good Man is a fifteen-minute long segment taking you in depth into the process of creating the film, complete with filming, action sequences, short interviews, and special effects.  There are also four trailers: A Good Man, Sector 4, Survival Code, and Puncture Wounds. 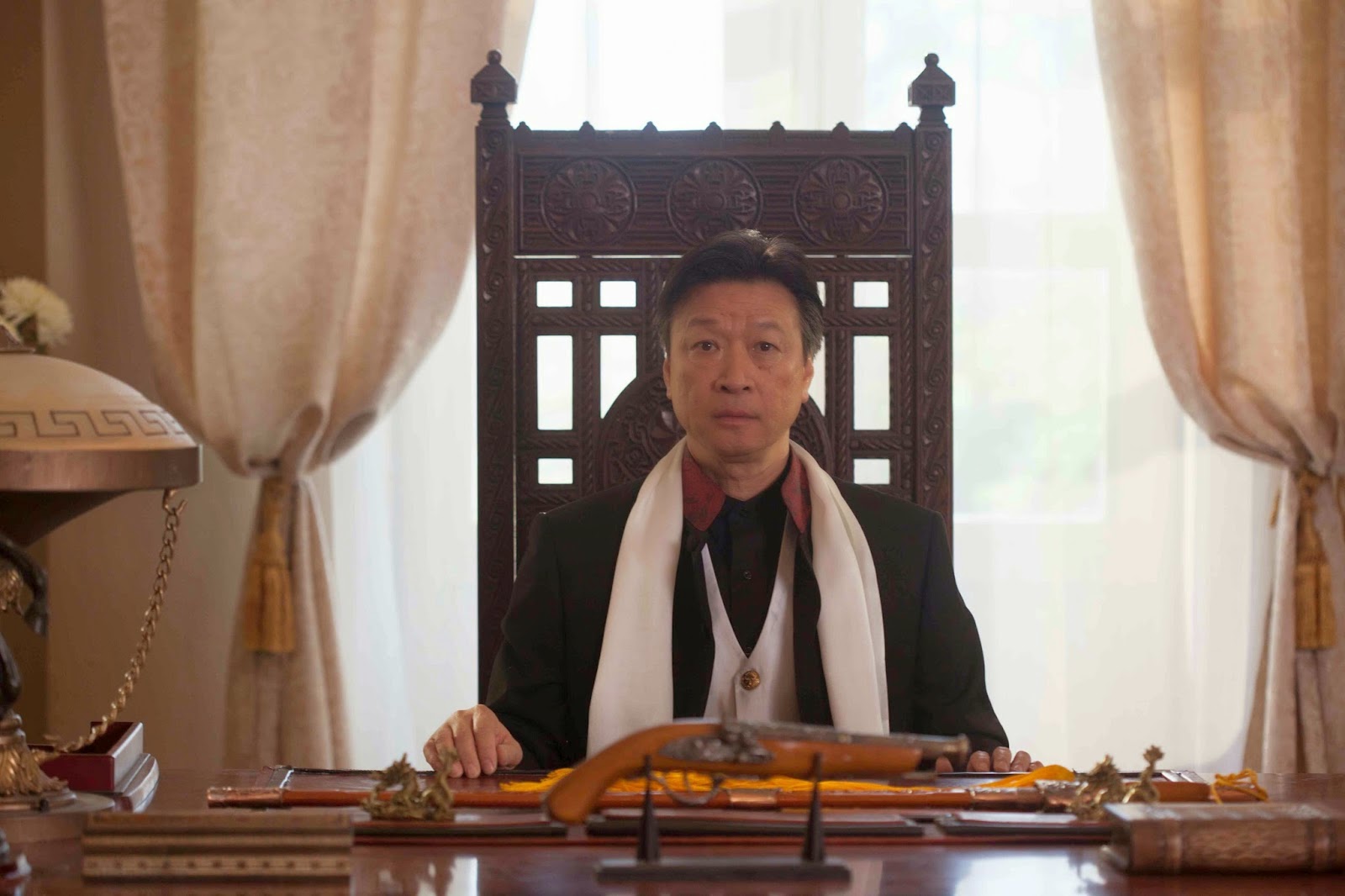 Skip It.  I don't think 'skip it' is quite harsh enough.  This film deserves a 'run away'  recommendation.  It's Steven Seagal at his worst, or at least way past his prime.  He's an old man after all, and he never had acting talent to fall back on.  So if you're seeing this movie you'd better not care about quality and only want to see people die.  Unfortunately, I don't even think that was well done.  The video was though, the audio was just OK, and there are a few extras on the DVD.  Don't watch this movie unless you're a die hard fan; it's not just bad, it's awful.