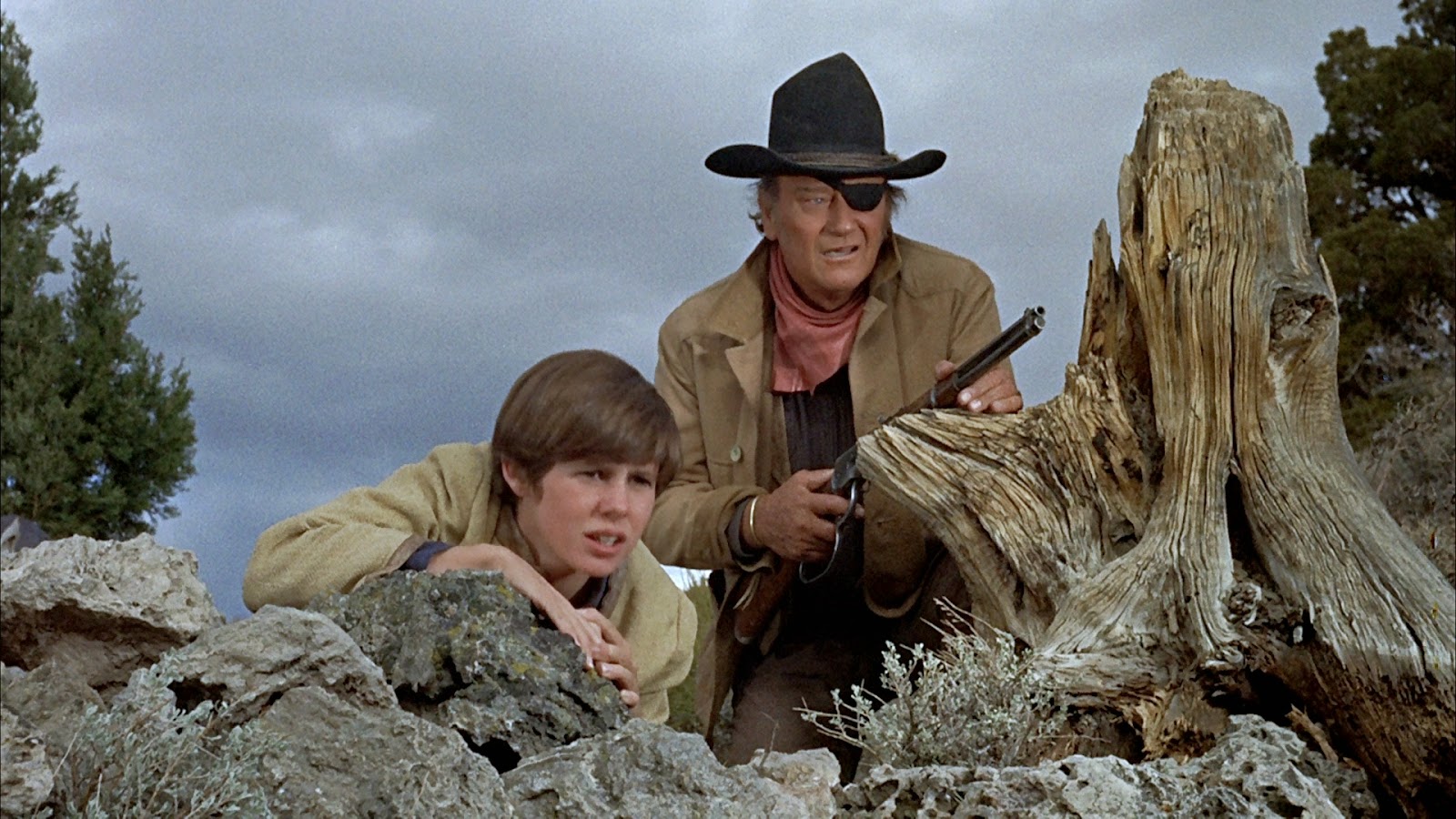 
As a kid I was a fan of John Wayne; as an adult I'm a fan of the Coen Brothers.  When I was young I watched all the old Wayne Westerns, including True Grit.  His role as Rooster Cogburn is beyond iconic, marking not only a film but a time, an era of the elder Wayne only ten years before his death.  More recently I watched the remake, the Coen Brothers version of the classic.  It stayed very true to the original, marking up the humor a bit perhaps, something that was present in but didn't define the original.  So now I've rewatched the first, gone back in time as it were, and perhaps learned a valuable lesson in so doing; some movies are best left where there lay.

When her father is killed out of hand by the lowly Tom Chaney, a young girl named Mattie Ross sets out on an adventure to see justice done.  She's no ordinary girl; she's got grit & determination, qualities she seeks in a lawman who can help her see her father's killer hanged.  She finds the man she wants, though he may not want the job.  His name is Rooster Cogburn and he's a drinker, a brawler, and perhaps the best Ranger in the territory.  Teaming up with a Texan named La Boeuf, the trio travel to find Tom Chaney no matter where he might run.  But trouble is certain.  Chaney has powerful friends, including an outlaw named Ned Pepper who Rooster knows well, and won't come willingly.  So battle ensues and may the best man, or lady, win.

It's a comfortable plot, one that's been told in Westerns for years; man kills man, posse chases killer, gunfight climax.  There are a lot of dated names thrown around, cities & forts, Civil War references; all the standard stuff.  But what sets True Grit apart from the rest is Mattie, the girl who forces herself into a man's world through pure gumption.  She won't take no for an answer and somehow makes that believable, supporting the movie single-handedly.  There's a little bit of humor, a touch of sass, some cool shooting scenes, and a bunch of horse-riding.  Nothing too far away from the norm and nothing much surprising at all.  John Wayne is just OK as Rooster, sometimes coming off as a buffoon, sometimes as a hero.  Kim Darby is solid as Mattie, playing the part with guts.  And a couple future stars pop up; Robert Duvall, Dennis Hopper.  All in all a strong western with a comedic side, but nothing that will blow you away.