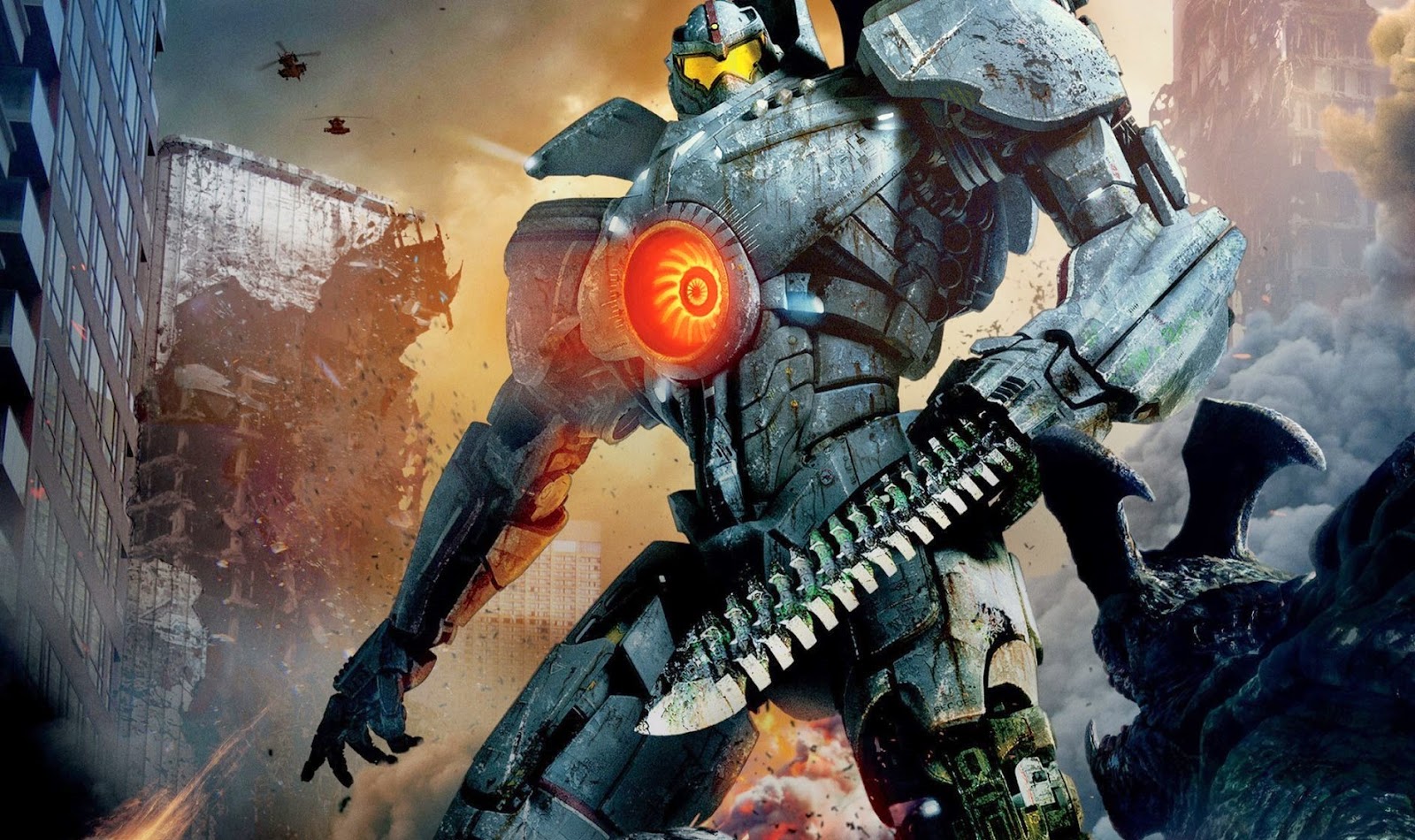 
When I first saw the trailer for Pacific Rim, I just assumed it would be bad.  Giant Transformer-types wading around the ocean, fighting alien/reptile things, smashing through buildings like metal Godzillas.  I didn't want to see that, as much as it looked kind of neat in an I'm-an-eleven-year-old-boy kind of way.  I actually thought about that, seeing it with my nephew, that it might be the only way I could enjoy the movie.  I didn't end up seeing it in the theatres, assumed I'd never give it a chance, that is until I started hearing good things.  People were saying that it wasn't stupid, that it wasn't a throwaway, that it was actually a good movie.  So I watched it despite my initial judgement and found those people to be dead wrong.

In the near future a breach will open up between two tectonic plates under the Pacific Ocean, a "bridge" will be made between two different dimensions, and huge deadly creatures will start coming out once in a while with the desire to crush Earth's cities into smithereens.  What will we do to defend ourselves?  Build giant robots with nuclear capabilities and advanced weaponry of course.  These Jaegers will be the saviors of our world, killing the alien Kaiju wherever they emerge.  Each Jaeger is piloted by a pair of trained soldiers, a duo that controls the brain of the machine together, melding their own minds to become one.  And all goes well for a while, the humans win the war.  Well, until the Kaiju start coming more frequently, in pairs, and begin to adapt so as to beat the Jaeger's defenses.  This global war can have only one outcome; the annihilation of humanity, the leveling of our society, unless heroes can appear and save us all.

It's difficult to even write that with a straight face.  Kaijus, Jaegers, drifts, reactors; it's all a bit silly.  No wonder it seemed like young boys might like it; it seemed to be written by an eleven-year-old during recess.  It "borrowed" from Godzilla, from Transformers, and even ended up looking eerily like a slo-mo Power Rangers episode.  Their was absolutely nothing original about the plot, and any build-up that the film might have developed was completely ruined by introducing the Jaegers in the first minute of the movie.  It was totally TMI, unbelievably anti-climatic, and threw me off right from the beginning.  And then there was the acting.  I'm not sure which was more terrible, that the unknowns were predictably bad or that the knowns were shockingly awful.  Each character seemed hand-crafted to have a stupid name, a despicable personality, and dialogue that made you want to punch them.  If not for the inherent coolness of robots fighting monsters down the streets of big cities, Pacific Rim would have been a complete disaster.  As it was, it was only quite bad, relying heavily on my being a kid with a toy gun at heart.